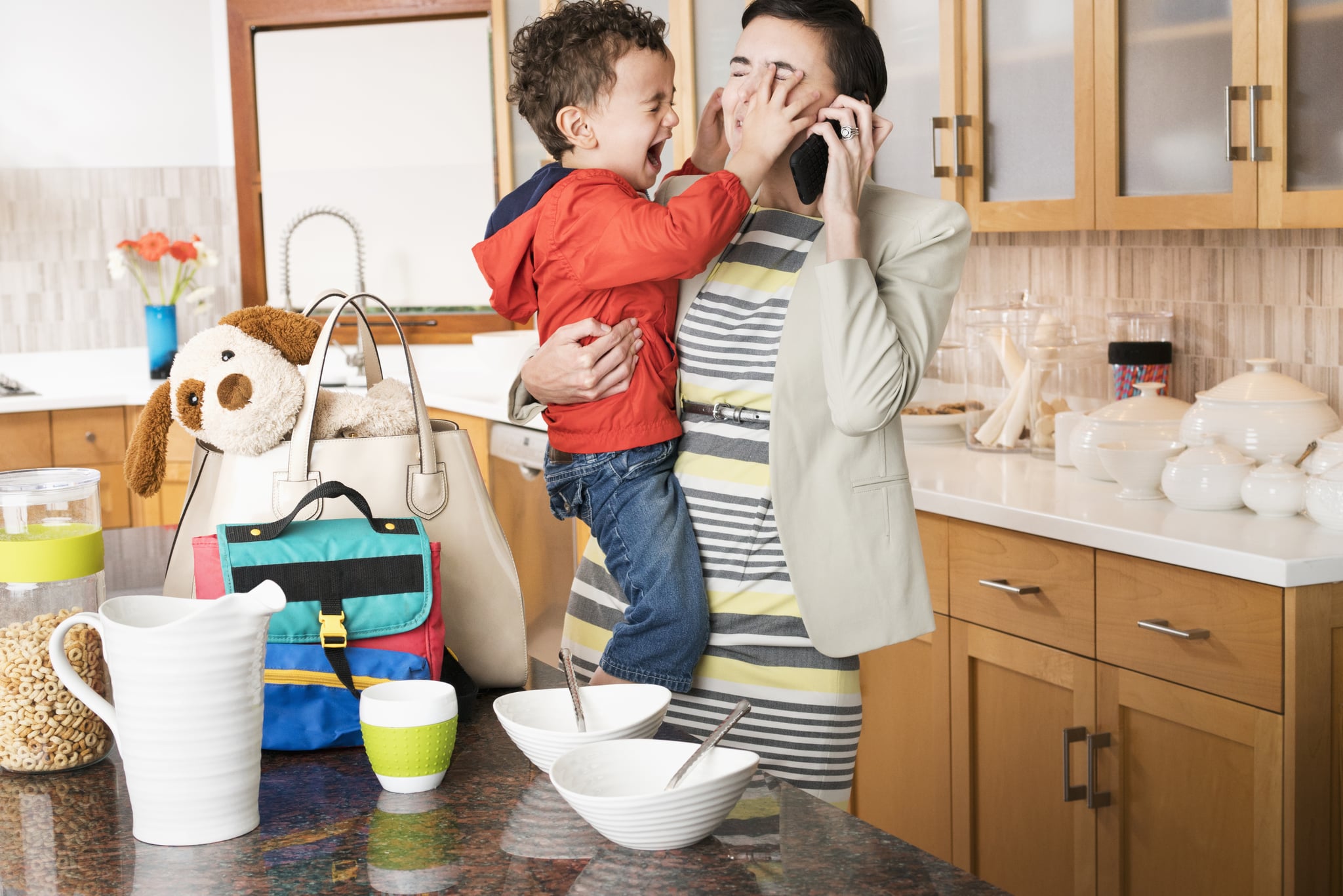 I watch my three-year-old son thrash on the floor, his screams reaching such a high volume I worry the neighbors will hear. He pounds his fists and throws his head back to reveal tears streaming down his red cheeks.

"I want Chuggington!!" he yells through gasps of air as he points at the dark television I just turned off.

The scene is a familiar one. Tantrums over the end of screen time or coming inside for a bath, or — god forbid — going to bed, are a daily occurrence. Toddlers can push anyone over the edge with their big feelings and need to push limits, but my son seems to have a particular knack for hitting me right in my weak spots. He knows exactly what cards to play to get me to give in to his demands.

I know how I choose to respond in this moment will set the stage for how we work through problems together — with tears, anger, and yelling, or with calm compassion. I've chosen the anger route more often than I'd like to admit, but after years of trial and error I've found a strategy that allows me to keep my cool: embracing the emotions and allowing the tantrum to happen.

It sounds simple, but this was a conscious mental shift for me that is hard to stick to unless I am intentional about it. When the tantrums first started, somewhere around his second birthday, I did everything I could to avoid them, strategically planning out our days to steer clear of obstacles — pouring his juice into a dirty sippy cup because I knew that one was his favorite or making him a separate meal I knew he would eat. If I made a wrong move and saw the tantrum coming, I would succumb to bribing, even pleading with my toddler to please just stop. When all of those tactics inevitably failed, I'd feel the anger and frustration bubble up inside me erupting into harsh words through a raised voice.

His demands soon shifted from needing a certain sippy cup to more dangerous desires like wanting to run in the street. Giving in to him was no longer an option and distraction no longer seemed to help, either. I was at a loss, carrying him kicking and screaming from the park because he ran away, no longer able to bribe my way out of the tears.

It's obvious this is my first kid when I say it finally dawned on me that the tantrums wouldn't stop no matter what I did. I couldn't prevent them or beg him to make them end. Tantrums are a normal part of childhood development, and showing frustration, anger, and sadness is healthy. When I really stopped to think about it, I realized my need to squelch his outbursts had a lot to do with the negative connotations associated with children expressing emotions and my need to ease my own discomfort.

The only thing in my control when my kid is melting down is how I respond. So in those moments when I feel exhausted by the intensity of his reaction to me turning off the television or suggesting we leave the park, I repeat a mantra in my head. "He is learning," I say to myself over and over. "He is learning and so am I." Welcoming his emotions and allowing him to express them, however intensely and for however long, enables me to ride the wave of his big feelings with a little more grace.

As he melts down over not being able to watch more television, I observe him. When I see him shift from pounding his fists in anger to crying in despair I wait for him to look for me.

"Do you need a hug?" I ask him from the other room. He nods solemnly and I scoop him up in my arms. I offer him a drink and he settles, his breath evening out into its familiar pattern. I know it's only a matter of time before another wave hits us, another injustice in his little world that he needs to protest. By letting the emotional waves crash over us both instead of pushing against them, I am able to remain calm and centered, and hopefully I'm teaching him that I'll be there through any storm. We'll find our way out together.