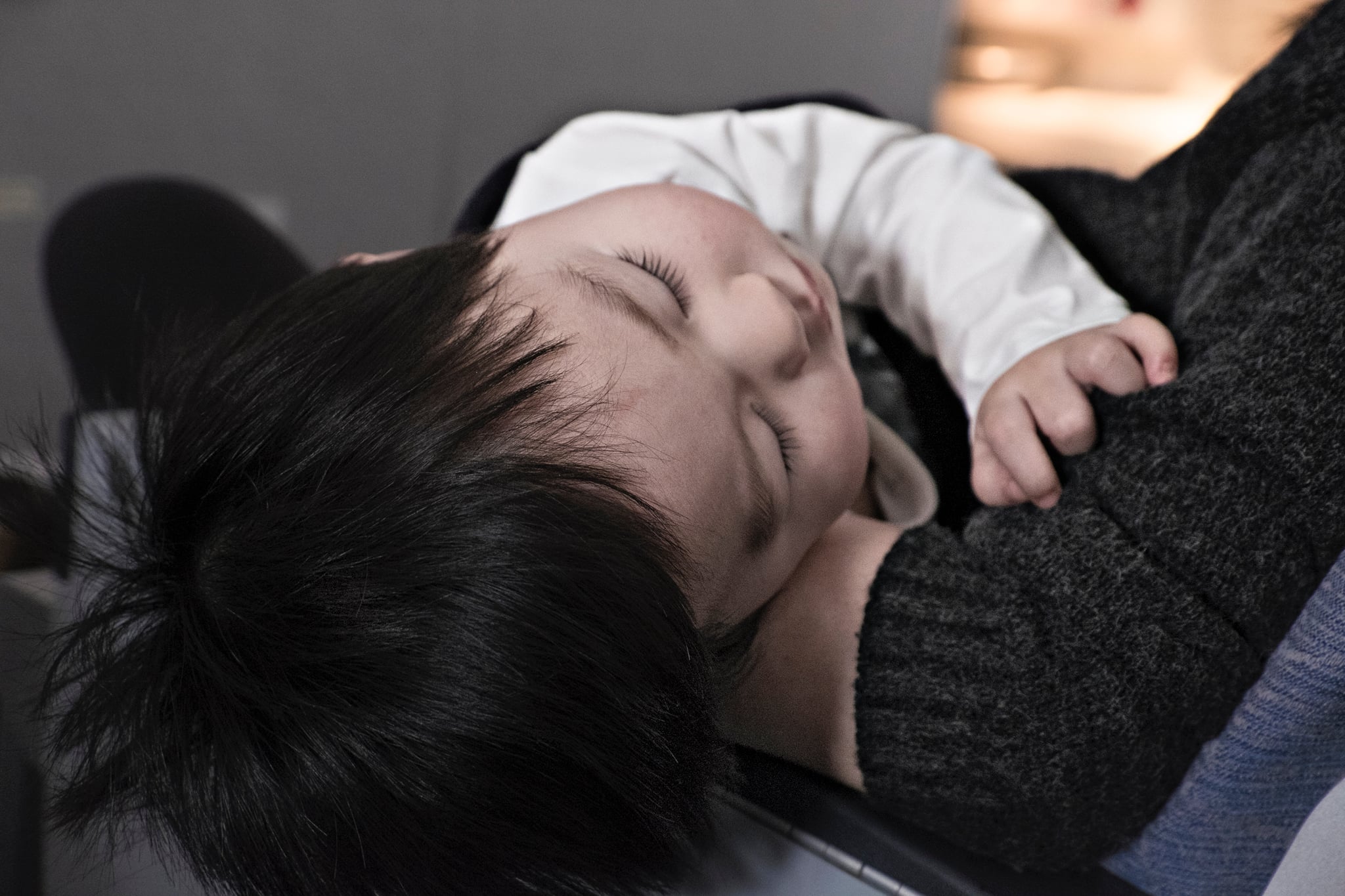 When I was a young tween, I developed a borderline unhealthy obsession with The Beatles. While other kids were content bopping along to the Backstreet Boys and *NSYNC, I was too busy devouring anything I could get my hands on about the lads from Liverpool. I read every website available and every book my small-town library carried. They were the only thing I thought about. In hindsight, this middle-school obsession was excellent practice for my current fixation: my son's sleep.

Of course, everyone wants their baby to sleep well. In an ideal world, babies and children would just magically close their eyes and sleep for as long as we, the sleep-starved parents, needed them to. But this isn't an ideal world, and for many parents, sleep is elusive and difficult to consistently secure. When I found out that I was pregnant, I was not about to leave my future son's sleep up to chance. He may or may not sleep well, but it wasn't going to be because I hadn't done all I could to help him in the process.

Related:
The Tools You Can Use to Adopt a Relaxing Bedtime Routine With Your Kids — Starting Tonight!

My obsession with my son's sleep began while he was still in the womb.

My obsession with my son's sleep began while he was still in the womb. Sensing that I wasn't going find a lot of time to read with him on the outside, I had to get it all done before. I read as many articles and books as my tired and nauseated body could take. Although it seemed that there were a lot of different methods, the main tenant of healthy sleep habits seemed to be that sleep begets sleep. I admit that this seems like a cruel Catch-22, but it has been the driving force of how we plan our day since he was born.

If a baby is going to sleep through the night, then sleep during the day was going to have to be made a priority. Around eight weeks we started a schedule for him, which had him regimented down to the minute as to when he would eat and sleep. Certainly it sounds a little crazy to expect a schedule of a 2-month-old, but shortly after we started scheduling his day he started sleeping through the night, as best as someone that young can manage. Even during the dreaded four-month regression, he was still only up once a night and went back to sleep on his own. At 6 months he started sleeping through the night again, and other than some minor sicknesses and nightmares along the way, he has slept 11-13 hours at night in his crib ever since. Yes, it sounds lovely and enviable to have a baby sleep so well. But as with most things in life, there is a trade off.

For my son to follow his schedule, that meant that we had to follow it as well. We were slaves to the limited life of an infant. It seemed like every party happened right during his nap time, and since we were unwilling to shift his schedule, many events thrown by our friends and family had to either be shortened or avoided entirely. If events didn't interrupt nap time, then they almost certainly ran into our bedtime routine, which started around 6 p.m. As much as we wanted to hang with family and have another glass of wine, all of the plans that we wanted to make for ourselves had to consider his schedule first.

His rigid schedule also needed to be followed by my mom, who for the first year of his life was his granny-nanny. To an outsider, having him scheduled to the minute seemed a little crazy, but it was how we needed it to work. This meant that my mom had to be brought on board and encouraged to follow what we were trying to do.

Related:
See If Your Kid Is Going to Sleep at the Right Time Based on This Viral Bedtime Chart

This doesn't mean that we weren't occasionally flexible, but we couldn't be flexible the way other people wanted us to be. A lot of being a parent is being a detective and figuring out what works best for that kid. At the beginning of his napping and scheduled days, it was enough for him to get a snooze in the stroller. However, as he got older his naps got longer and he needed a more structured and dedicated time to sleep. Based off of his changing needs, we adjusted and put him down for a nap in his crib, and stroller naps were then banned. We had to be flexible and change how he took a nap so that his sleep would be more restorative.

Being so dedicated to his sleep schedule also means that he has missed out on some classic childhood moments.

Being so dedicated to his sleep schedule also means that he has missed out on some classic childhood moments, and I don't see that changing for a long time. We are lucky enough to live in a part of the country with fireflies. Even though I have this idealized scene in my head of him chasing the little lightning bugs and watching them glow in a mason jar with a perforated lid, I know that he likely won't see them for many years to come since they don't begin to come out until after his bedtime. I'm willing to sacrifice those classic childhood moments to ensure that he gets enough sleep, since without it my precious and perfect toddler becomes an unrecognizable cranky monster.

Related:
Putting a Baby to Bed in 75 Consistent Steps

While his sleep is important for his own development, I also cannot imagine my life without him being well rested. Some people can operate well enough on limited sleep; my husband and I are not those people. We also become unrecognizable cranky monsters, and since we're actually expected to be productive members of society and it's not acceptable for us to have tantrums in public, we need as much sleep as we can get. So if the trade off is that my son misses a couple of Instagramable moments and we all get to sleep, I'm going to choose sleep every time.

In the last month he's started to drop his beloved three-hour nap and I am heartbroken. That was my time to write, clean, and even take a nap myself. However, I know that he's getting the rest he needs and as he gets older his sleep gets more and more advanced. He can fall asleep on his own and sleep like a big kid. Soon he'll be begging me to stay up a little later to look up at the stars and catch fireflies. Until then, he's still my little boy with the very strict bedtime.