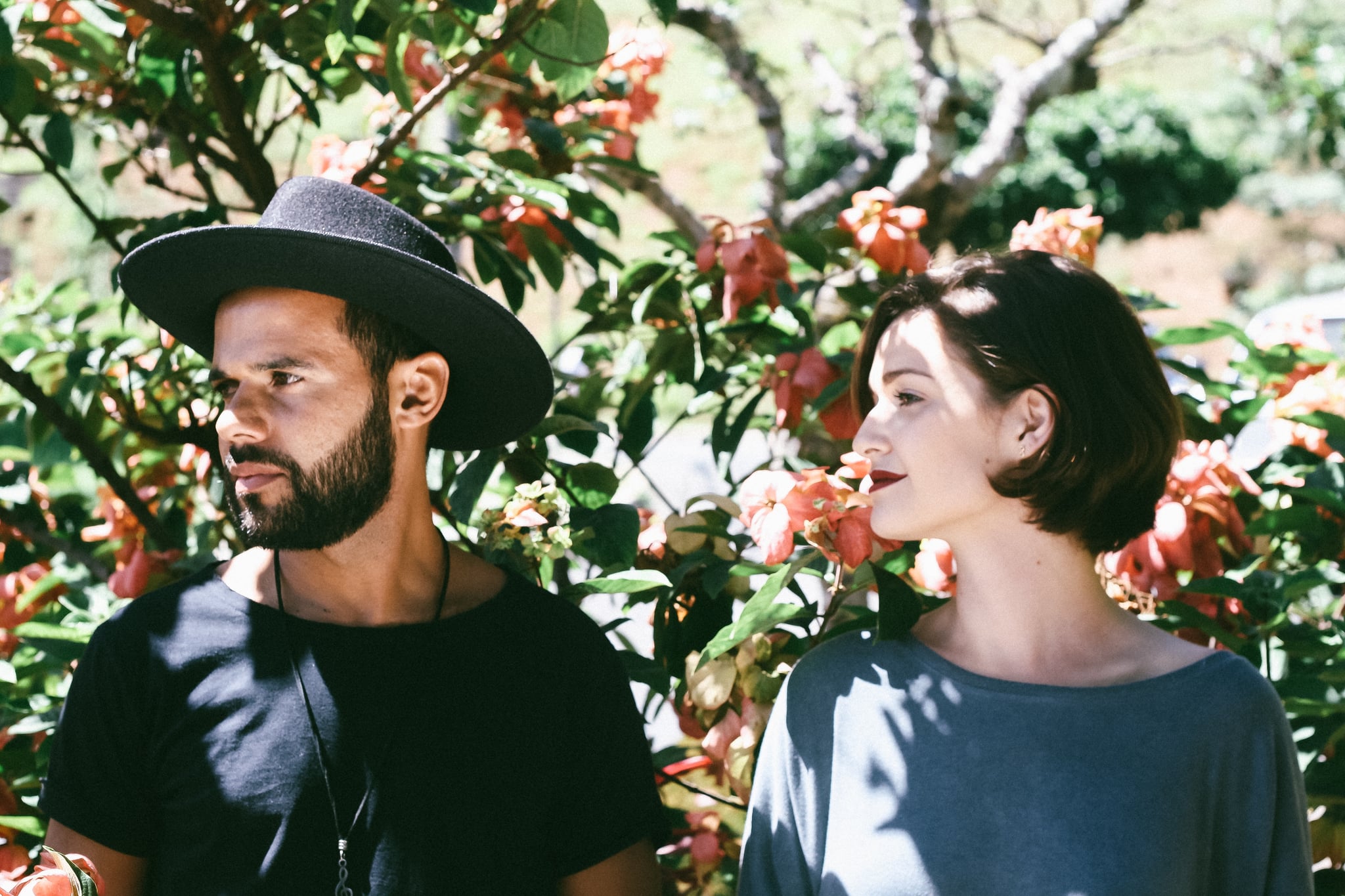 One recent Saturday night, my husband and I sat on our couch watching a Netflix show while sipping whiskey sours. We grabbed a blanket, tossed it over our laps, and nuzzled in together. After the show, we got another round — OK, a couple of rounds — and got to talking about what the past year had brought to our marriage. A job loss, both of us busy in grad school, aging parents, and caring for two young kids had left our communication severed. It felt like we were using walkie-talkies, static frequently getting in the way, neither one of us trying hard enough to hear what the other was saying. After almost 10 years of marriage, we looked at each other and realized how hard it had become. Doable? Yes. Easy? No.

My husband and I met when we were young and wild freshmen in college. In those early years, we broke up more times than fingers on both hands. We were tumultuous. Fire shot out of our mouths when we fought and burned in the bedroom when we didn't. Finally, after some time apart, we found our way back to each other for the last time, because we each wanted to marry our best friend. So we let go of our old baggage and tied the knot. And after we got married, we always joked that our marriage would be easy because we had our problems before we said "I do."

Oh, how dumb and naive we were.

Related:
The 8 Most Common Fights All Couples Have (and How on Earth to Resolve Them)

But the funny thing is, we really believed it. We didn't understand that living with the same person for, you know, eternity is hard work. But those first few years, it was easy. It was just us, growing our careers, jetting off on a few vacations, and going downtown for dinner on a whim. Then we decided it was finally time to throw a couple of kids into the mix.

There's a new beauty that occurs once you have kids, one that you've never seen or experienced before. Something shifts inside you, and in your marriage, too. You work as a team to get through the sleepless nights and endless crying of the newborn stage. And one day, you look at your spouse and see they've changed. They're better, but something not so magical happens, too. We became too damn tired to look at each other and actually see each other. When I watched my husband change the sheets because it's something I hate doing, it would go overlooked with no thank you. We gave high-fives instead of long kisses with a little tongue. We became good parents and sh*tty lovers.

Related:
What It's Like Being a Parent When Your Partner Works Crazy Hours

On that Saturday night of Netflix and whiskey sours, as our two kids who are now far gone from the baby stage slept upstairs, my husband said, "You know, I think we're stronger now." I nodded and said, "We sure as hell are." Fire ignited in our bedroom again that night. But just because we're stronger now doesn't mean it's easy like our 20-something selves thought it would be. It's so incredibly hard, but it's also so incredibly worth it. And we need to remind ourselves that it will always be worth it.

Today, I make a conscious effort to grab his butt when he changes the sheets, or slip him a little tongue even when the kids are around. I'm mindful to get a babysitter on a whim and head downtown again like we used to. And we both know that it's totally normal and OK for marriages to go through a few uneventful years here and there, but we've promised each other to choose the other every single day. Some days that means him turning off every light in the house because I passed out in bed from tiredness before he got home, and other days it means we have an adventurous date night that ends in a steamy make-out session in the car. Being good lovers won't just happen — we have to make it happen. Just like being good parents.

My head throbbed the entire day on Sunday, but if those whiskey sours helped make our marriage a little sweeter, then damnit, it was worth it.