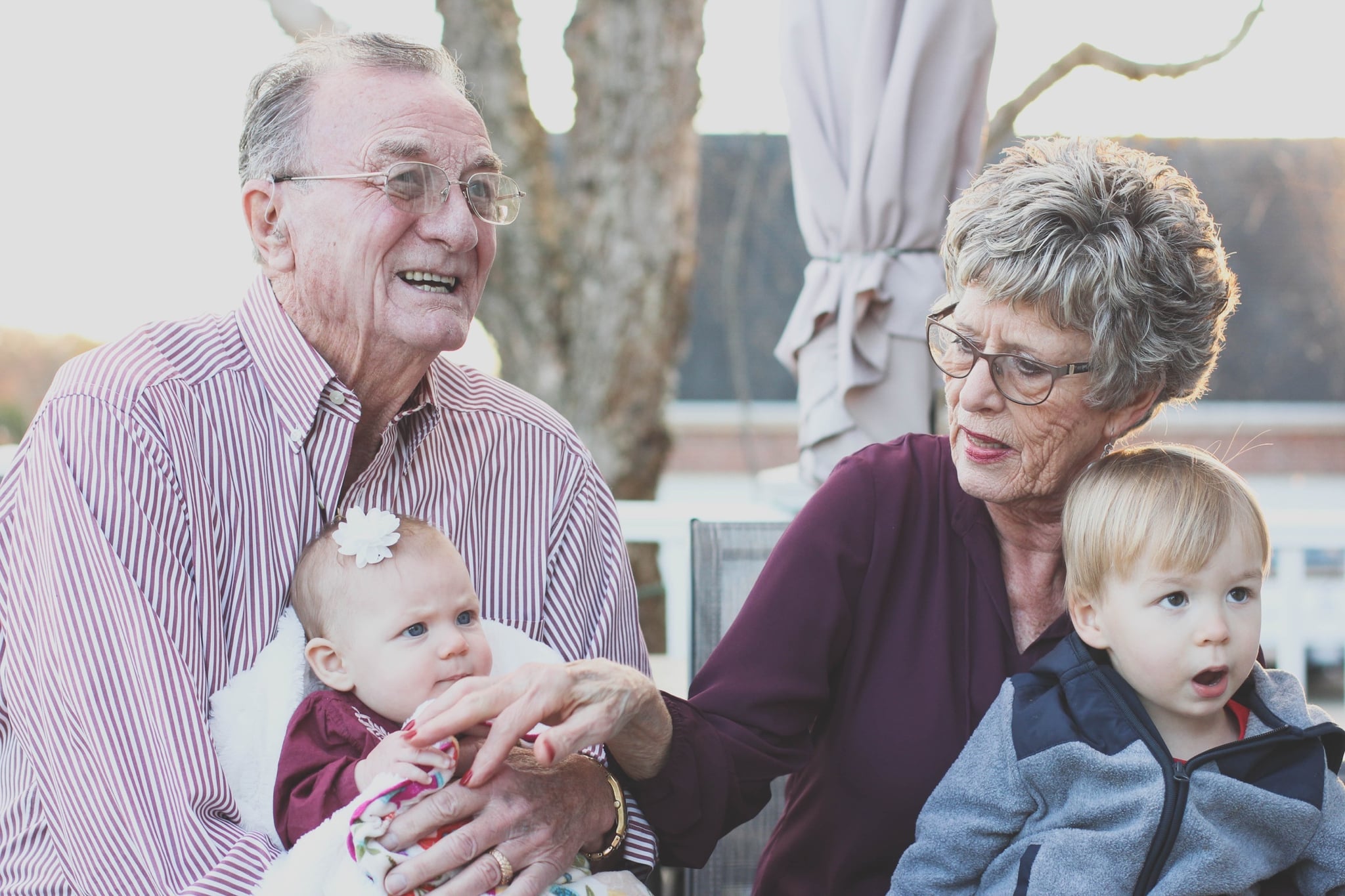 When my daughter was 6 weeks old and my son was 2, my mother was diagnosed with advanced cancer. Without a second thought, I quickly resigned from my teaching job to help her in her fight. My dad, who was 80 at the time, shattered his hand and couldn't help out like he used to. And since we were going to be spending so much time at my parents' house anyway, we decided to move in. Somehow, I knew my kids would serve as the best medicine my mom could get. And I was right.

But we had to make a plan. My husband worked Monday through Friday over 60 miles south of my parents' house. We decided that on most days, he would stay at our home and be closer to his job, while the kids and I would make my parents' home our new home base. Losing my partner on a full-time basis, which also meant losing a little bit of my sanity, and my children's ability to see their dad, were problematic. But the entire shift was surprisingly effortless. My kids didn't skip a beat. My mom had bought plenty of toys and baby equipment for them, so my 2-year-old had tons to do (he didn't mind being spoiled with treats either). My parents' home is bigger, too, so he had much more room to run around.

Related:
30 Things That Grandparents Should Never Do

A lot of people think that living with your parents again would drive you insane, but it was a real blessing.

There were also times when it got a little cramped to say the least. My three brothers would fly home to help out, and their stomping around the house and slamming doors often interfered with my kids' nap schedules. It drove me nuts. There were also many lonely days and nights. There were days where my mother was too sick to hold a conversation, so I had minimal adult interaction. And there were nights I missed my husband, not only because I know both he and the kids wanted to see each other, but also because he's my best friend. I ached for our closeness again, but he completely understood. He did everything he could, supported me from afar when he wasn't there, and reassured me that we made the very best decision. We knew this setup was temporary, and we promised to get through it together, no matter the outcome.

A lot of people think that living with your parents again when you have a family of your own would drive you insane. While there were times I wanted nothing more than to go back to our chaotic, loud, and stressful schedule in our own home, most days it was a real blessing. Not once did I mind cooking, cleaning, and taking care of my mom, because I constantly thought about the countless times she had taken care of me. Nurturing others was so natural for her, and it was now my turn to at least attempt to pay her back. I didn't do as well as she did, but I did my best.

Related:
Be a True Friend and Ask the Hard and Awkward Questions

When we lived with my parents, I never felt the saying "Life is short" more than I did then. You never know what kind of curveballs life will throw at you and when, but you have to be ready to take a swing. Although there were numerous kinks in our plan, I'd take that same swing any day. I know that my kids were part of the reason my mother beat cancer's ass. Their giggles, hugs, and even mischievous behavior gave my mother a purpose — something to fight for. They brought fun, innocence, and immaturity (in the best way) back into her life and were able to breathe new life back into her. If we hadn't moved in, I honestly don't know what would have happened. I don't feel like a hero for simply doing my job as her daughter to take care of her, but my kids worked true magic. Without them, I'm certain my mother would have smiled less, cried more, and quite possibly given up hope.

But she didn't. When my kids are older and can understand, I can't wait to tell them about the time in their lives when they helped save their grandmother. Or, better yet, she can tell them.