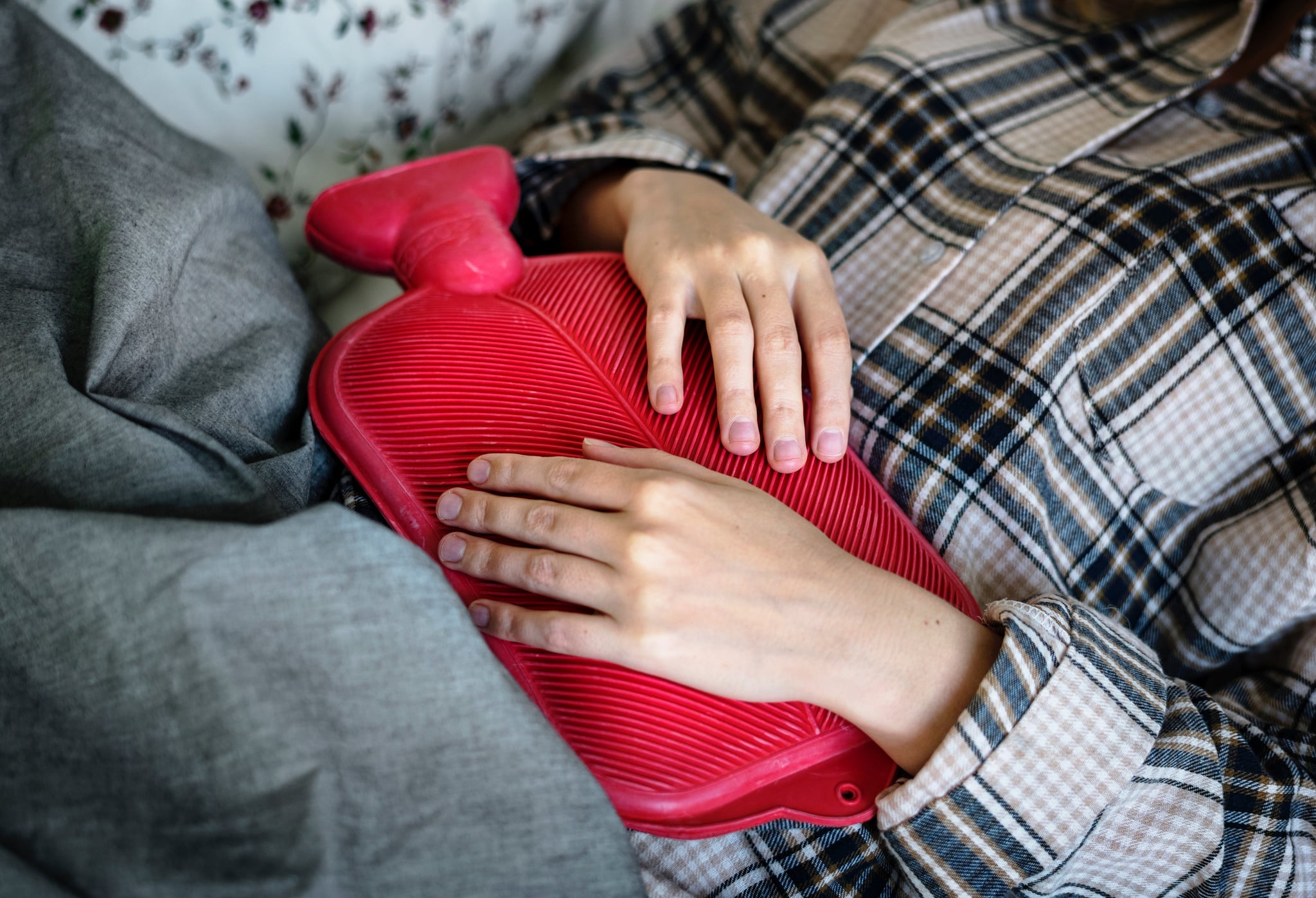 My periods, since they first arrived in seventh grade, have never been kind to me. They stick around for at least seven, sometimes eight, days and are extremely heavy for the first couple of those. Add in painful cramps, raging PMS, and the desire to eat every carb in sight, and you get the picture. Periods: not my friend.

So as much as I disliked pregnancy — I pretty much felt awful from the moment of conception until delivery — the fact that I didn't have to deal with my period for nine-plus months was the one silver lining . . . well, that and the baby, of course. When I found out that my period might not return while breastfeeding, it was yet another reason to latch my babies on and keep them there as long as possible.

Related:
These Are the PMS Symptoms a Doctor Says You Should Never Ignore

But inevitably, after years of pregnancy and nursing my two children, my period returned, and, unfortunately, it came back with a vengeance. Like, a forcing me to wake up multiple times in the night to change my tampon kind of vengeance. According to the Cleveland Clinic's Health Essentials, I wasn't alone in dealing with crazy postbaby periods. "Some women experience heavier, longer, or more painful periods after having a baby," according to a 2017 article. "These changes may relate to a larger uterine cavity causing more endometrium (mucous lining the uterus) to shed."

So there was a medical reason behind my horrendous periods, but was there a solution? Not only was I too busy with two small children to deal with the cramps and emergency tampon changes, but I was done having kids (I officially closed down shop after my second C-section), meaning they were no longer biologically necessary for reproductive purposes. I asked my doctor for help.

Related:
Can You Still Get Your Period Even Though You're Pregnant? A Doctor Explains

She first suggested I get an IUD, citing the period-free side effect that about 50 percent of users experience. I gave it a go, but quickly realized that my intense hormone sensitivity and some weirdo side effects (leg swelling, headaches, and weight gain) meant that an IUD wasn't for me and had it removed.

Add in painful cramps, raging PMS, and the desire to eat every carb in sight, and you get the picture. Periods: not my friend.

Next, since I was done having babies, she said I should consider an endometrial ablation, an outpatient procedure that destroys the uterine lining using high heat. For most women, the ablation extremely lessens or completely stops periods for good. The potential outcome was enticing, but the idea of going through another procedure after two C-sections was daunting, no matter how simple she described it as. The ablation is done in the doctor's office, requires local anesthesia and about a day of recovery, and, of course, has some potential risks, which my doc said were uncommon but still sounded super scary (damage to surrounding organs, puncture of uterine wall, eek).

When I balked at the idea, she presented a third, way less frightening option: taking multiple, fairly high doses of ibuprofen during my heaviest days to lessen blood flow. Medically speaking, anti-inflammatory drugs like ibuprofen reduce the production of prostaglandins, the chemicals that trigger the uterus to contract and shed the uterine lining. Hence, for some women, taking ibuprofen leads to lighter periods.

Could something so simple really work? For me, the answer is yes. Now, during the first two days of my period, I take a couple of ibuprofen every four hours, and it drastically decreases the heaviness of my periods, from an oh-my-god-what-is-happening flow to the no-biggie-if-I-forgot-to-bring-a-tampon kind.

While continuing to take high doses of ibuprofen can have some serious side effects like kidney damage and stomach ulcers — and you should always talk to your doctor before taking any new medication — my doctor assured me that taking a high dose for a couple of days a month wouldn't be a problem. Sometimes, it seems, the simplest solution can also be your best one.

Healthy Living
I Tend to Talk Down to Myself, but This Advice From a Therapist Is Helping Me Break the Habit
by Toria Clarke 1 hour ago

Holiday
Small Businesses Are in Trouble — If You Can, Consider Shopping Local This Holiday Season
by Katherine McLaughlin 3 days ago