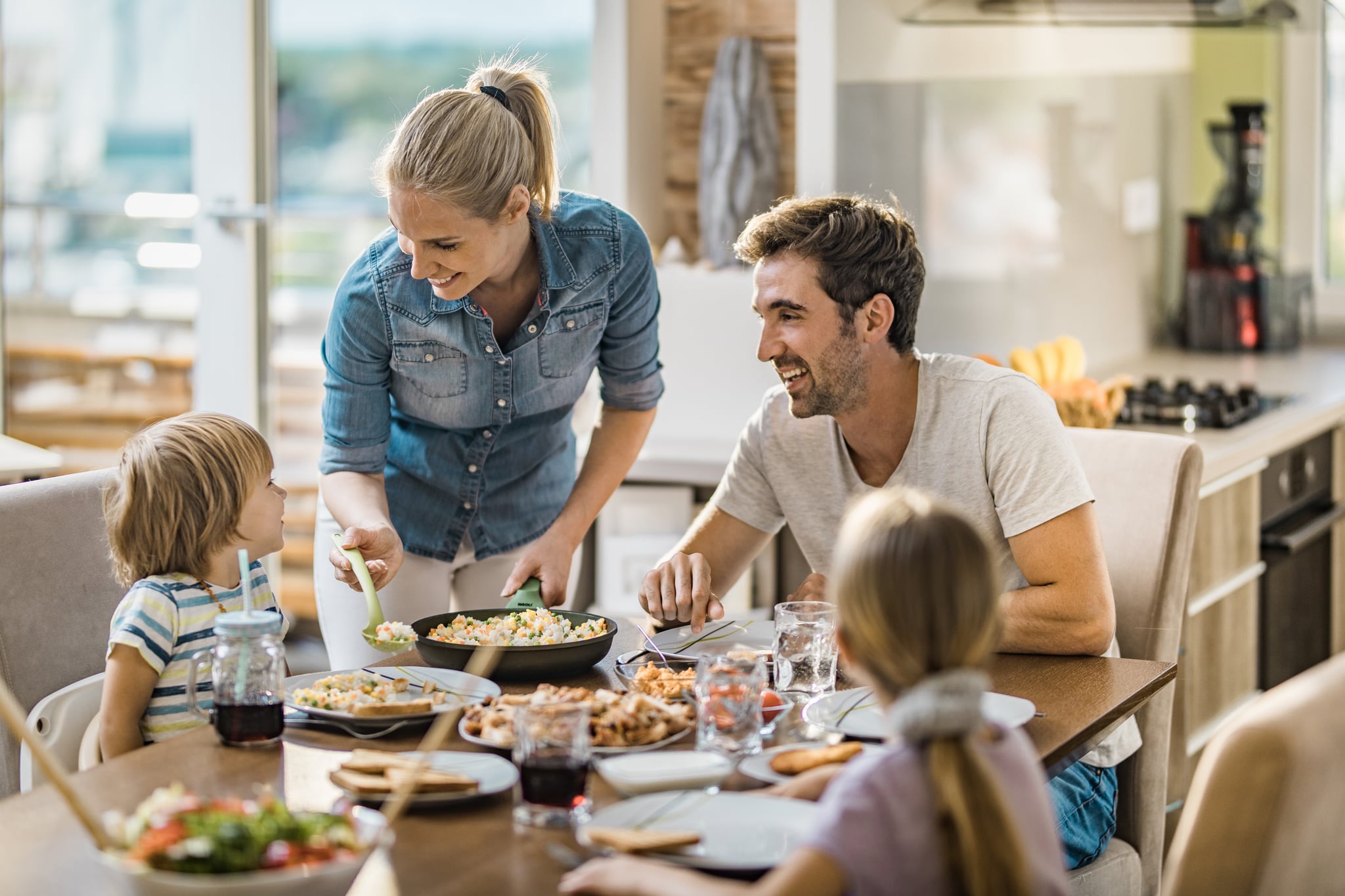 I grew up a picky eater. I'm also Greek, which, while being a beautiful culture with unique traditions, came with food that I was not interested in as a child. Now that I'm an adult, I value my culture and really enjoy the delicious food that comes along with it, even though I once thought it disgusting and weird. But that change only came around thanks to my parents, who continually insisted I try the homemade delicacies they put in front of me.

Related:
I'm Bribing My Picky Eater, and I'm OK With It

I remember countless dinners where my twin brother and I sat stubbornly in our seats. My mom would spend hours in the kitchen preparing delicious meals from scratch. But we never wanted to try the foods she set on the table — not spanakopita (spinach pie), lamb, Greek meatballs, or moussaka (eggplant dish). Instead, we wanted to Americanize ourselves and mirror what we knew our friends ate at home. We loved cheeseburgers, fries, and, of course, the cheesy goodness inside that little blue Kraft box. But before my mom allowed us to eat anything else, we had to at the very least taste what she'd prepared for our dad and other brothers.

I'll never forget one Easter my parents hosted, where the main course was a lamb spinning on a spit in our backyard. Once it was cooked, I recall the men fighting over who got to eat the kokoretsi (lamb guts . . . yeah, I'm still not going to eat that). And when everyone sat down to eat, I stared down at my plate piled with Greek dishes — taunting me. I wanted to throw up. I looked up at my mom, my eyes pleading with her not to make me eat anything. She didn't give in.

"It's Easter," she said. "I'm not cooking anything else. Find something on your plate that you like and eat that."

This is the moment I finally learned to like the taste of lamb and spanakopita. I chose those two things and ate them — just like my mother said. The older I got, I began trying more and more kinds of food. And my mom, she stopped preparing the macaroni and cheese out of that little blue box, too. As a teenager, I was one of the only one of my friends who would try new foods. I'd eagerly dig into pad thai, chicken masala, and anything else. I mean, I had seen men eat lamb intestines, for crying out loud; nothing was "weird" to me anymore.

I have my broad palate thanks to my mom's insistence that I try all of what I thought was gross at the dinner table. Sometimes, she didn't even offer me a choice; I was going to have to eat what I was served, and that was that. Over time, it worked. Today, I try to do the same with my children, but I'll admit that I have a ways to go. My son is pretty adventurous and will try whatever is on his plate, but my daughter is often reluctant. Though, the other night, both of my children gobbled up the lamb and feta cheese I served — a true victory for this proud Greek-American mother. By passing down Greek recipes to my children, I hope to also pass them a varied palate — just like my parents did for me.