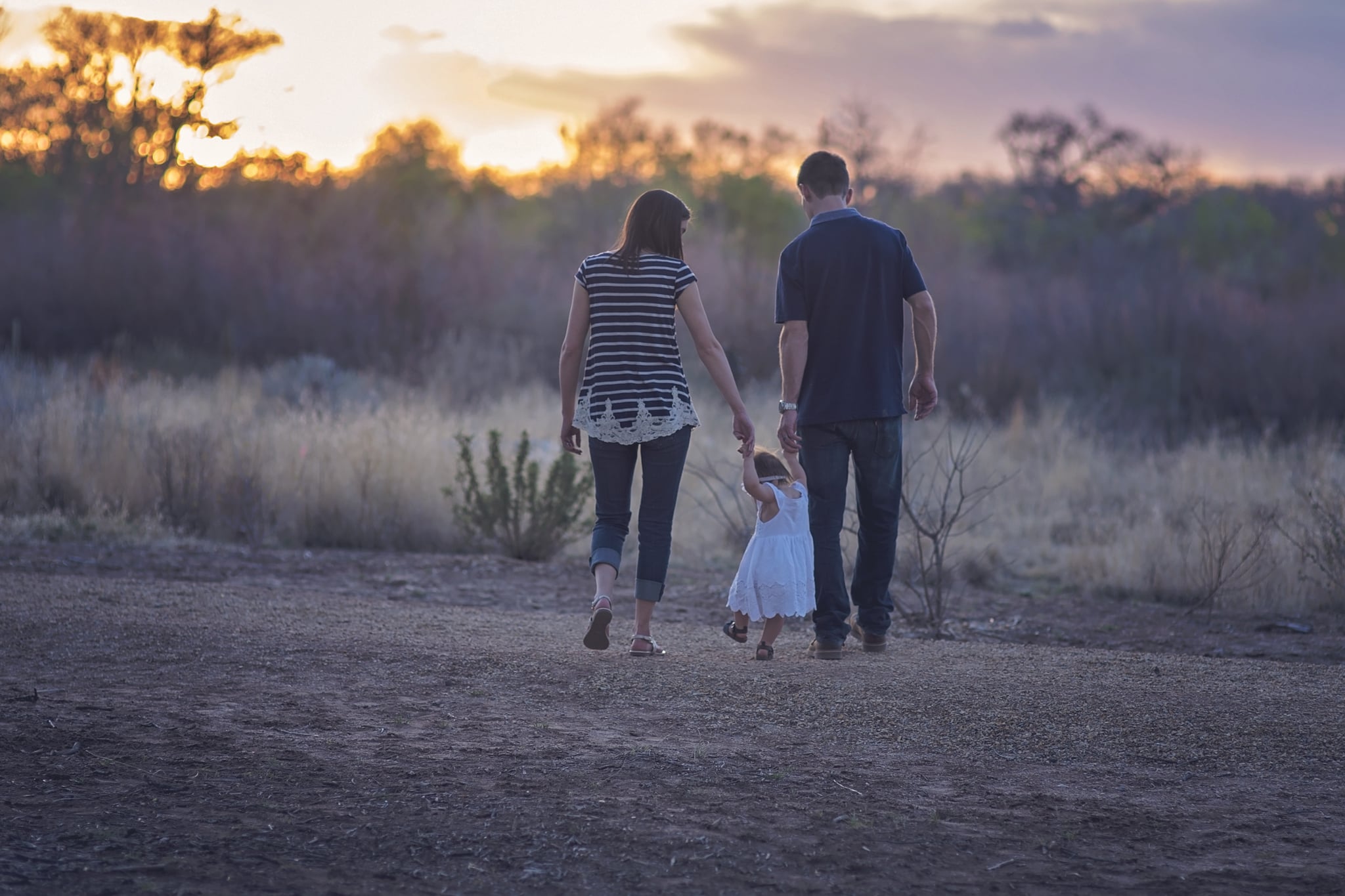 Marriage after children isn't always easy; in fact, it can feel downright impossible at times. This is especially true if like my husband and I, you aren't content having just a coparenting, roommate-like relationship (an easy trap to fall into), but instead strive for that level of love, connection, and devotion you felt for one another before you made a baby. My husband and I have been married for eight years and have been parents for seven, and we've definitely gone through highs and serious lows. We've survived because we've never stopped putting in the work and time to try to keep our relationship strong.

We do pretty well on that end. We make an effort to get away regularly, even for a night, to find time to reconnect and get out of our decidedly unsexy routines at home (wiping bums and making snacks does not a romantic evening make). We try not to hold onto resentments, instead tackling uncomfortable conversations and fights because we believe doing so will prevent the kind of simmering anger and contempt that can kill a marriage. A couple of years ago, when our fighting resulted in unsatisfying stalemates way too often, we tried couple's counseling to help us get back on the same page (at first we fought more, then miraculously, we found resolution).

There's one area, however, that we just haven't been able to conquer, and I hate to say it, but it's totally kid related. When the sh*t hits the fan with our children (ages 4 and almost 7), when they're trying to cause each other bodily harm, refusing to take a bath or clean up their toys, or generally misbehaving — and this happens pretty much every single day — we somehow always end up fighting with each other instead of joining together as a team.

I've figured out this happens for a couple of reasons. First, I'm the main disciplinarian in the family, a job that I did not want, but, you know, someone has to do. My husband will walk into a situation where I'm sternly telling one of our kids not to climb the banister or hit each other or whatever, and he'll often react by disciplining me for my tone or level of meanness, a fact that drives me insane. Not only does it undermine my authority, but it takes the focus off the kids' misdeeds and tells them that I'm the problem. Um, no.

The other thing that happens: we're really bad at bickering when we're stressed and equally bad at filtering this bickering when we're in front of the kids, so in stressful moments, like bedtime or when we're dealing with one of our son's many tantrums, we fall back on the old "you need to do more; no, you do" argument. We've become opponents, and it has to stop.

This one constant problem is incredibly frustrating, because at the end of the day, we share the same core beliefs about parenting and behavior in general. We both know that the other is doing the best he or she can, and we trust in each other's desire to always do what's best and right for our kids. We understand that by not being a united front, we're doing our relationship and our children a disservice, so here's what we're trying to do about it.

We had to get real about why he always jumps into defend our children when he knows my discipline is always well-intentioned and appropriate (let's call it a mix of his own childhood issues and a need to always be the good guy). We agreed to keep each other accountable for any parenting missteps, but to do so in private, away from our children's always-open ears.

We discussed how taking kid stress out on each other has become a bad habit we're both relying on way too much, and we talked about ways to nip it in the bud. For me, that means putting on my best Oprah-like voice when things start to go crazy, meeting chaos with calm. For him, it's finding some healthier coping mechanisms, like taking deep breaths or a minute alone to decompress before meeting drama with more drama. When things do go off the rails, as they're still apt to do, we need to do a better job about resolving arguments in front of our kids. It's important that they see that conflict is a normal part of life and how there is a healthy way to find resolution through debate, compromise, taking responsibility for mistakes, and forgiveness.

Our new system isn't perfect, but we're starting to feel more like a team. I'd rather be a spouse who supports her partner through the perils of parenthood than one who snaps at him because of them any day of the week.