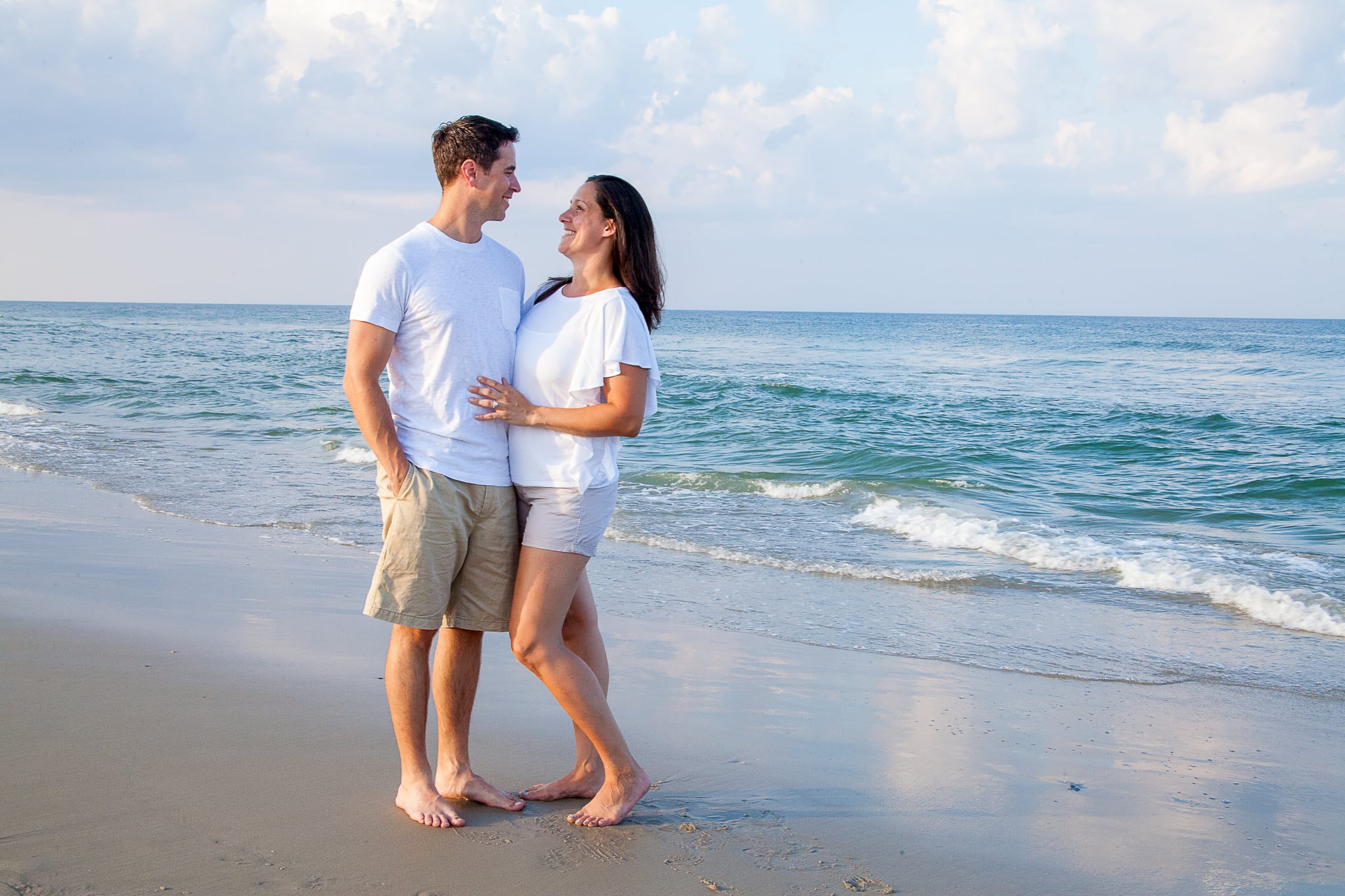 My parents were married for over 25 years before my dad passed away. It sounds sweet, right? Living out the whole "'til death do us part" part of your vows. But it wasn't necessarily 25 plus years of marital bliss. Growing up, I remember more screaming matches than conversations, more door slams than jokes being cracked, and more crying than laughing. I remember worrying about having friends over for fear of being embarrassed by one of their brawls. And even at the very end, as my dad was dying, it was evident that my parents didn't like each other very much. I would never say that I had a bad or unhappy childhood, but it was, at times, stressful. And for that reason, I make sure to put my marriage first, even before my children. Their childhood and their happiness depends on it.

We're the parents, and we make the decisions. And usually those decisions are based on what's going to be in the best interest of our marriage.

My husband and I were married for almost six years before our daughter entered the mix. For years, I thought we had waited too long before having children. But now, I realize it was for the best. We were 24 and 25 when we got married; not children by any means, but we still had a lot of growing up to do. We'd dated for almost four years before getting married, but didn't move in together until after our wedding, so it didn't take long before we realized that there was a whole new set of kinks that had to be worked out. Some of those kinks were small and quirky, while others were more serious and actually threatened our marriage. And, most importantly, we hadn't really learned how to work through our disagreements. When we would argue, which wasn't all that frequent, my husband didn't want to talk much about it, whereas I wanted to talk it to death. So each of us would sit there in silence, letting things fester. And the longer he went without talking, the more infuriated I became. Eventually, all hell would break loose and our argument turned into a days-long fight, and neither of us was willing to yield. On top of our not knowing how to communicate effectively, those first years of our marriage were riddled with tragedy: one death after another in both families and then an infertility diagnosis that nearly broke us for good. If we had brought a baby into the mix before we had fixed the problems in our marriage, things would have almost certainly gone downhill fast.

Related:
15 Ways to Make Your Marriage Stronger as New Parents

About five years into our marriage, something happened. Everything got quiet. At first, I thought we were entering a real calm before the storm, but then all of a sudden, we figured out that the best way to approach things was together. It was something so painfully obvious, yet we had somehow missed it in the midst of everything going on around us. Once we figured this out, it was like magic. The dark clouds lifted, we fell in love all over again, and everything finally started falling into place. And when our daughter was born the following year, she only made things better. Growing up in a house that was in turmoil on a fairly regular basis, I knew that I wanted the opposite for my daughter. I also knew that that was only possible if my husband and I had a strong marriage that we put before our children.

Keeping our marriage strong is something we are constantly working on. We make it a point to date one another. We routinely put our phones away and talk about things other than our children (we now have three). And when it comes to our kids, we've set some nonnegotiable rules (much to their dismay at times) for the sake of our marriage.

For starters, they're not allowed in our bed. Ever. I've gotten some backlash for this one, because people say, "What if they're scared?" But, sorry not sorry, our bed is sacred. Another thing we don't budge on? Time to ourselves. Whether it's an actual date night or just some time to sit down together and talk uninterrupted at the kitchen table, we carve out time and space where our children are not to be included unless there's an actual emergency. And if something comes up that we can't successfully talk through, then we'll sit down with an objective third party: a marriage counselor who is wonderful at helping us see things from the other's point of view. And finally, we don't let our children dictate any decisions we make for our family (other than choosing the movie for Friday family movie night). We're the parents, and we make the decisions. And usually those decisions are based on what's going to be in the best interest of our marriage: what is going to keep us sane versus what is going to make them happy in that moment.

Related:
10 Years of Marriage and 2 Kids Later, This Is How My Husband and I Stay Together

We love our children unconditionally, which is why we put our marriage first. Obviously, if it ever came down to saving one of us, my husband knows that he'd better save our children instead of me. But we know that if we're unhappy, they're going to be unhappy. Are there hiccups sometimes? Or course, because no marriage — and no family — is perfect.

Very recently, my daughter drew a picture of my husband and me. She drew us hugging with huge smiles and put a heart around us, and then decorated the page with more hearts. She's 4 and did it in pen. Of all the pictures she's ever made for us, this one is my favorite, because this one lets me know that in spite of all the mistakes we're undoubtedly making as we stumble through this whole parenting journey, if that's how she sees us, then we're doing something right.