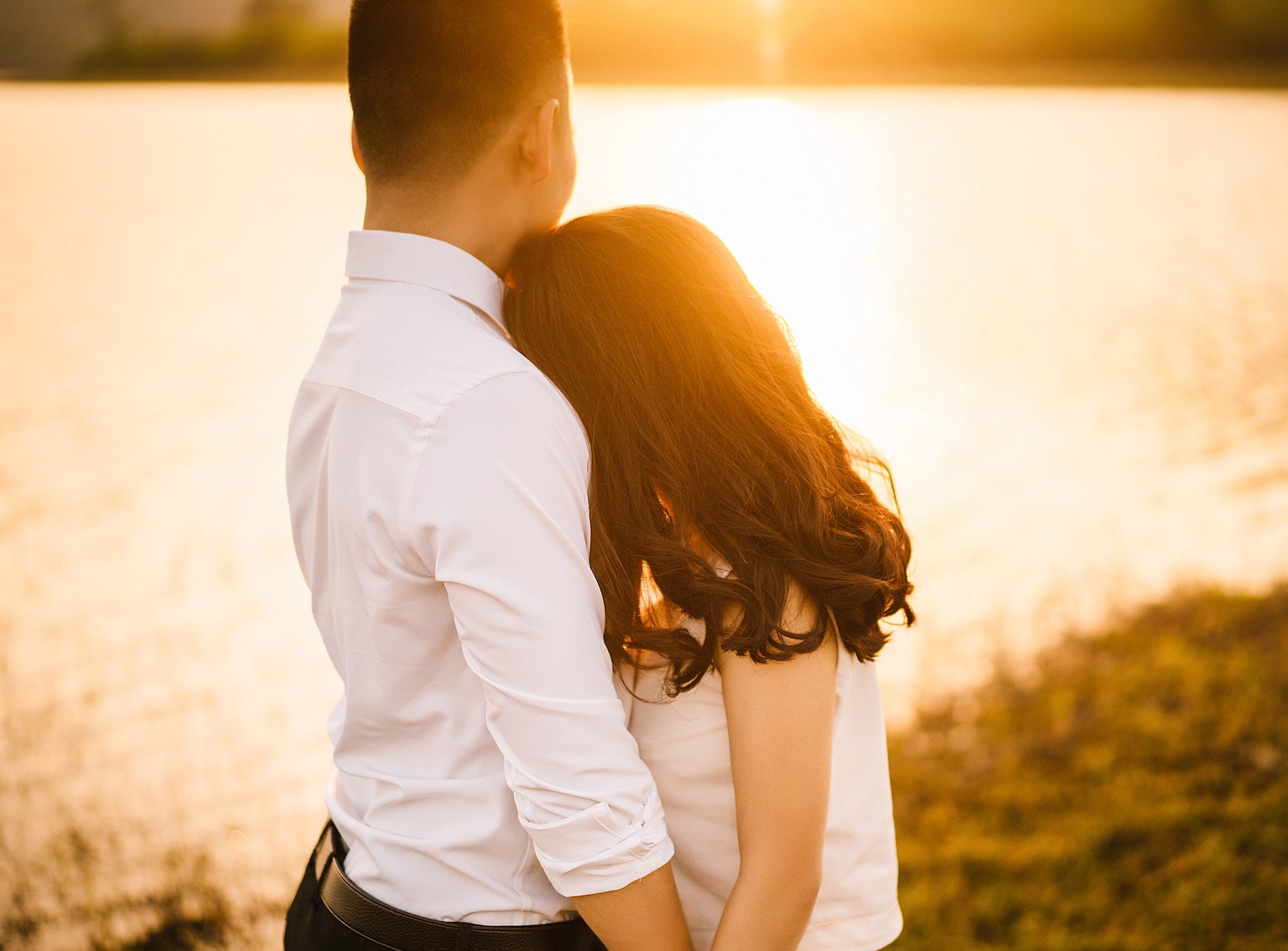 I fell in love with my husband about 13 years ago, pretty much right when I met him, or at least very early on. He was charming, nice, kind, and considerate, and he loved me. Those things are all still true, but over the course of our relationship, I have fallen in love with him a million more times. This usually happens after I've fallen out of love with him, or more accurately, us, after I'm sure it would be far easier to just give up and walk away, because marriage with kids is way too hard. Then he'll go and make me fall deeper in love with him than ever, and I'm so thankful we have fought our way through the toughest of times and found our love for each other again and again.

I'd like to say that feeling that maybe things would be easier if we split up started after we had children, but I'm not sure it's true. Once we had responsibilities like a house, a car, and then, eventually, kids, being together just got incrementally harder. The stakes were higher, things were more complicated. And I'd feel frustrated at times, resentful at others. I'm doing everything anyway. Why are we even together? In fits of anger, I've even told him I want a divorce. I've been pretty sure I meant it, too.

Related:
Dear Husband, If You Want Me, Tell Me

Over the course of our relationship, I have fallen in love with him a million more times. This usually happens after I've fallen out of love with him.

Luckily, my man hasn't been willing to give up on us. That's the secret sauce, I think. One person in the relationship has to call you on your crap. They have to say, "No, we aren't getting divorced. We are going to work on our marriage. What we have here is too special and it's worth protecting." Essentially, one person has to stay rational when the other person freaks out.

Once I've cooled off and worked through my feelings of discontent about marriage being friggin' impossible is usually when the falling back in love is about to happen. It's usually a short time later that I look over at the man who stuck by me when I said horrible things and acted like a child that I realize how amazing he is. How I could search for the rest of my life and never find another guy who is half the man he is. How I am so damn lucky to be with him, and how my love for him and the family we built together is bigger than moments of irritation over him working long hours or forgetting to take out the recycling. Again.

Don't get me wrong — when I'm truly in a place where I'm upset, resentful, and totally over his BS (maybe I've heard him say one too many times he'll call the exterminator with no results), it seems impossible we'll ever be happy again. How can I watch him lounging on the couch, unshowered, with some stinky cocktail for one more night without losing it? How can I put the kids to bed another time, all by myself, and stand to look at him when he walks in the door once it's all done? There's no way we'll ever get on the same page about minor issues like the state of the garage (a mess), or major ones, such as how we've handled grief in the wake of our late-term pregnancy loss.

Related:
My Husband Left Me When I Was 6 Months Pregnant

And it's not that those marital matters ever go away. It's just that eventually, I see them kind of like patches in a quilt, surrounded on all sides by other beautiful, breathtaking, and overwhelmingly rewarding and meaningful patches. Marriage is made up of the worst and the best, just like it says in the vows.

Funny thing is, I didn't take it too seriously when I stood next to my husband on my wedding day and promised to love him no matter what, but you better believe I've since learned the significance of those words. We've faced death, disappointment, and the destruction of our lives at the hands of Mother Nature together. We have also dreamed, celebrated, and triumphed together. Our love has been tested many times, and I have no doubt it will be tested in the future. It's no wonder I've hated him, taken frustrations out on him, and been positive our marriage would never survive. But he's my best friend, my rock, the father of my children, my coparent, my sounding board, my biggest cheerleader, my everything. So it's also easy to understand why I am more in love with him and our lives together today than the day we met. And why I'll endure the seasons of our love until I'm in the ground.