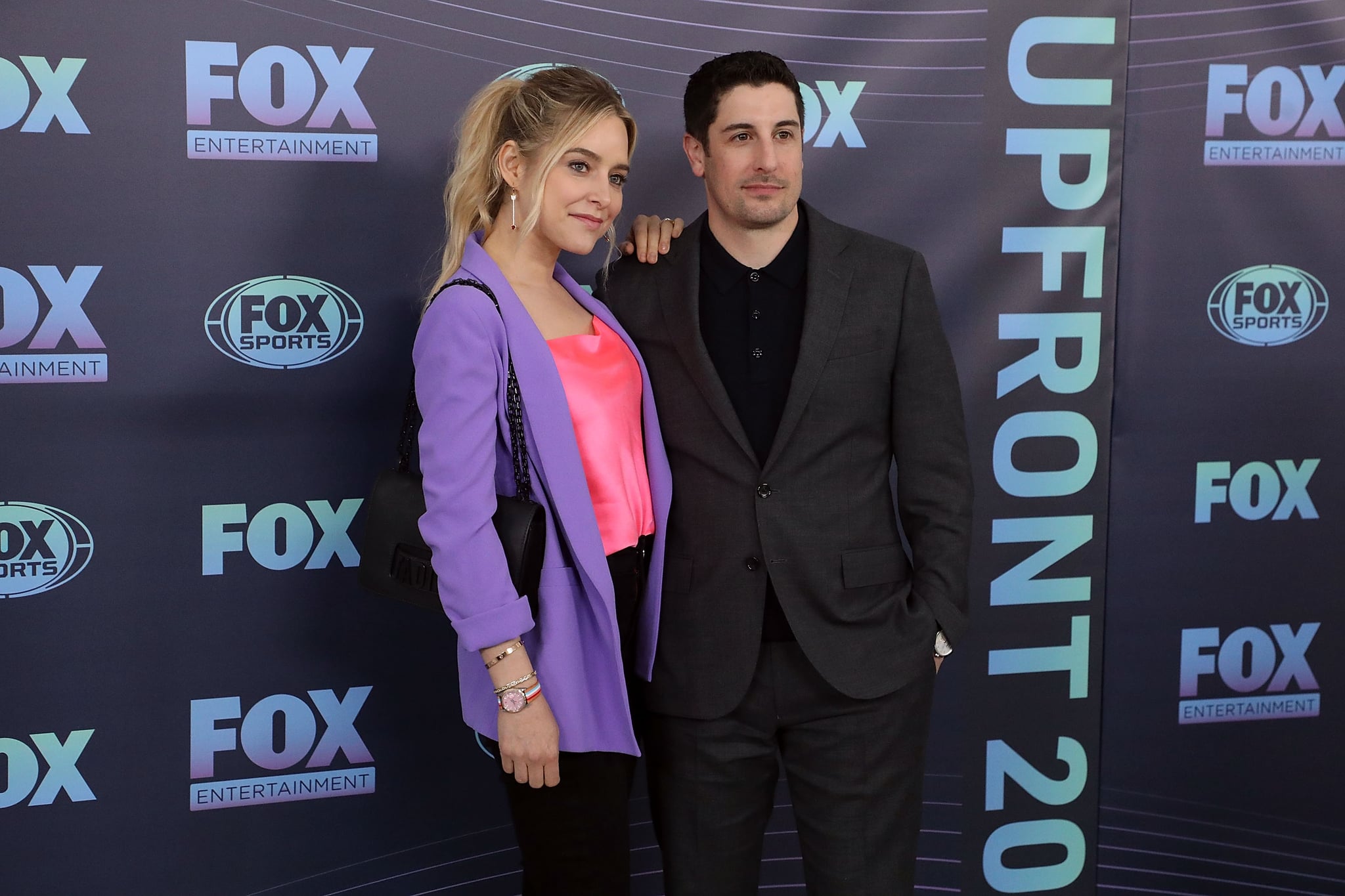 Jenny Mollen, mom to two sons and wife to actor Jason Biggs, recently put the double standard that comes with taking care of kids into perspective. In a column she wrote for Parents, Jenny took the time to remind others that dads are, in fact, parents, too — they're not just babysitters. According to the mom, Jason has always had a passion for tending to their two sons, Sid and Lazlo, but that doesn't necessarily mean she's "lucky."

"For Jason, caretaking has always been second nature," Jenny explained. "From the time Sid was an infant, friends, both male and female, marveled at what an actively involved father Jason was. At first, I found their reactions confusing. For as shocked as they were that I didn't know what size diaper the baby wore because I'd never bought him a single box, I was equally surprised that some of my married friends were raising their kids as if they had sole custody of them."

Related:
Why I'll Always Put My Husband Before My Kids

While Jenny finds it pretty standard that she and Jason split up the parenting duties, others seem to be envious of this setup.

"'You are so lucky' became the words I'd hear on repeat at play dates and birthday parties," wrote Jenny. "But as much as I loved my husband, I didn't feel as though I should have to feel lucky. Nobody would ever say to a man, 'Wow, you are so lucky your wife feeds and bathes your children!' Women are expected to love and protect and show up for soccer practice."

But society's rules definitely aren't the same for dads. "For men, an hour or two alone with the kids on a Sunday during football season somehow warrants a trophy, or at least a World's Greatest Dad mug," she said. "Sadly, this laughably antiquated double standard is as relevant today as it was in the 1950s, even in New York City, where we live now."

She continued: "Mothers are expected to do and be everything at the same time. Society shames moms who work and those who don't. The onus is on us to say this is BS and that imbalance is normal. Sometimes I'm focused on my career, and sometimes I'm focused on my kids — just like Jason is. If he picks up my parenting slack, there's no need to say it's out of the ordinary. Everyone who is in a partnership deserves exactly that."

While Jenny certainly doesn't deny that her husband is "incredible," she simply refuses to call herself lucky because Jason pitches in. "I expect Jason to be willing to both forgo football and crawl on glass if his sons require it," she said. "I am lucky because he's willing to do the same for me!"