By the looks of their social media accounts, each member of the Gaines family has been soaking up every single second of baby bliss since Crew was born on June 21. But in the Fall edition of The Magnolia Journal, Joanna explained in a personal essay titled "Made for This" that she didn't plan on having a fifth child, despite joking about it with Chip on occasion.

In fact, after giving birth to her daughter Emmie eight years ago, she thought she was finished in the baby department. "I truly believed I was done," she said. "And yet, after eight years, here I am with a newborn in my arms."

Related:
Even Though Joanna Gaines's Fifth Pregnancy Was a "Total Surprise," the Timing Was Perfect

Although Chip and Joanna were surprised by the good news, Joanna admitted that the timetable lined up perfectly. "Chip and I made a choice to take some time off this past year because it seemed best for us in that season — even though we knew it would stretch us to stay still," she said. "Only a few weeks later I found out I was pregnant."

"I truly believed I was done. And yet, after eight years, here I am with a newborn in my arms."

And while the mom of five was obviously overjoyed to add a new son to her squad, she explained that carrying Crew was a little tougher on her physically than pregnancies past.

"I am 40, and pregnancy this time was different. I have always really enjoyed being pregnant — I tend to feel my best during those nine months," she said. "This time I felt a little more worn out than usual."

"It's sweet how, even in the most unpredictable ways, we're given exactly what we need for that exact moment in time," Joanna explained. "It wasn't something I could have anticipated. But being pregnant and 'forced' to slow down has been a gift."

Despite the physical challenges of having a baby at 40, Joanna thinks she was more equipped to handle the mental side of pregnancy than ever before.

"I don't know if it's because I'm a little older, but this time around I am more comfortable in my own skin, sure that I can do this," Joanna said. "Confident that I was made for this very thing in this very season."

At the end of the day, the former Fixer Upper star says that it's important to take life in stride.

"I believe that each of us, in every circumstance, has what it takes — that built within the construction of who we are is whatever that moment in time requires," she said. "We all will have trials, we all will have miracles, and because of grace, I believe we have it in us to handle both — no matter what that looks like." 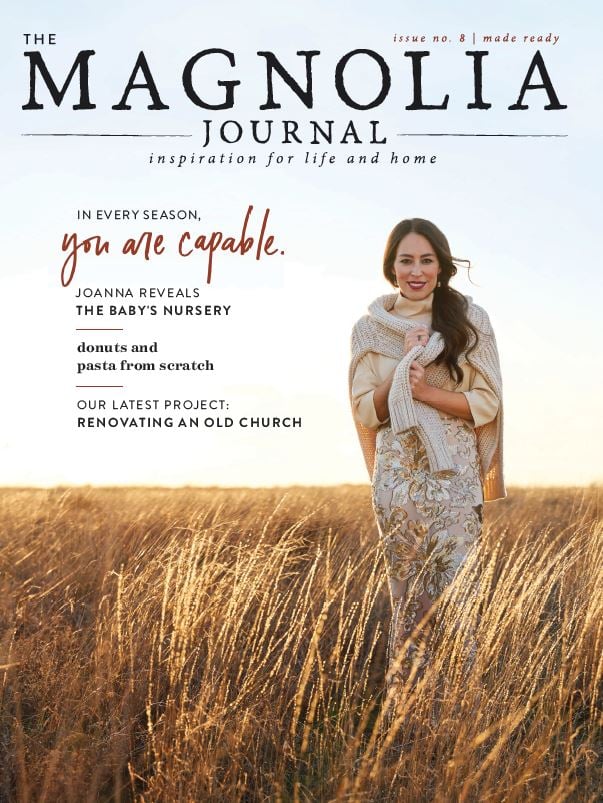