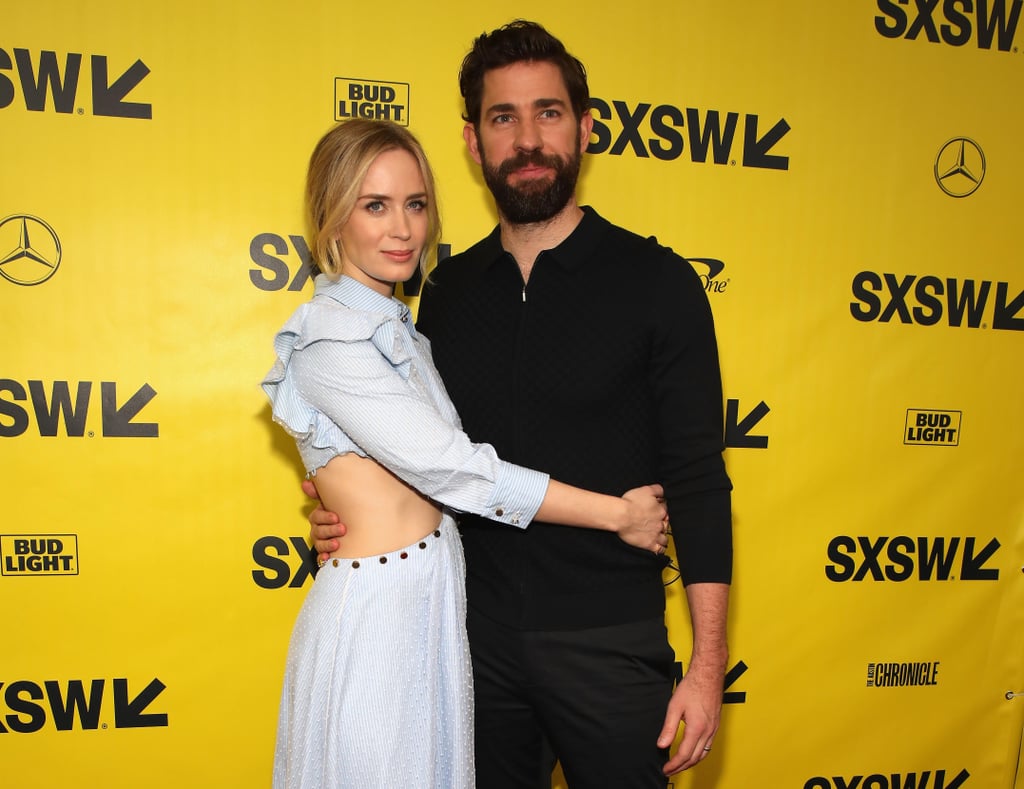 John Krasinski Flew to London Every Weekend to See His Family: "It's a Non-Negotiable Thing"

John Krasinski may be an on-the-go actor with a demanding schedule, but there's one thing he's not going to sacrifice: his family. Even while he's been busy filming Tom Clancy's Jack Ryan, John still made time for three very important ladies in his life: his wife, Emily Blunt, and their two daughters, Hazel and Violet.

While John and Emily have had the opportunity to merge their schedules and work together in the past, the two highly in-demand actors more often find themselves involved in different projects, some of which can place miles of distance between them. Recently, the couple had to balance his filming schedule for Jack Ryan with her role in Mary Poppins, which included a lot of airtime for John.

"Family for me, it's a non-negotiable thing," John told People. "So if I'm honest, I was shooting 6,000 miles away from them, and I flew back every single weekend."

That mileage is no joke! John opted to travel from Montreal to London, where Emily was filming, and while the commute might've been "brutal," having a home base was important to the couple. "Emily was shooting a little indie movie called Mary Poppins," he said. "So they were with her, and we always set up a base, and I always want the base to be with their mom, and I'll do the flight time."

The travel time may be less than desirable, but John admitted that he still feels so lucky to have his career and there's little he can complain about. "If there's one thing that's a bummer, it's that you spend time away from your kids," he shared. "But guess what, a lot of people spend time away from their kids. So for me, I think we're all living in a fantasy camp. So I'm not going to be the first one to complain."

Ahead, see a few photos of John and Emily's cutest moments. Putting family first isn't always easy, but as these two prove, it's worth the sacrifice.

Related:
If It Wasn't For The Office, John Krasinski Might Have Been Your High School Teacher
Previous Next Start Slideshow
John KrasinskiEmily BluntCelebrity FamiliesCelebrity Parents