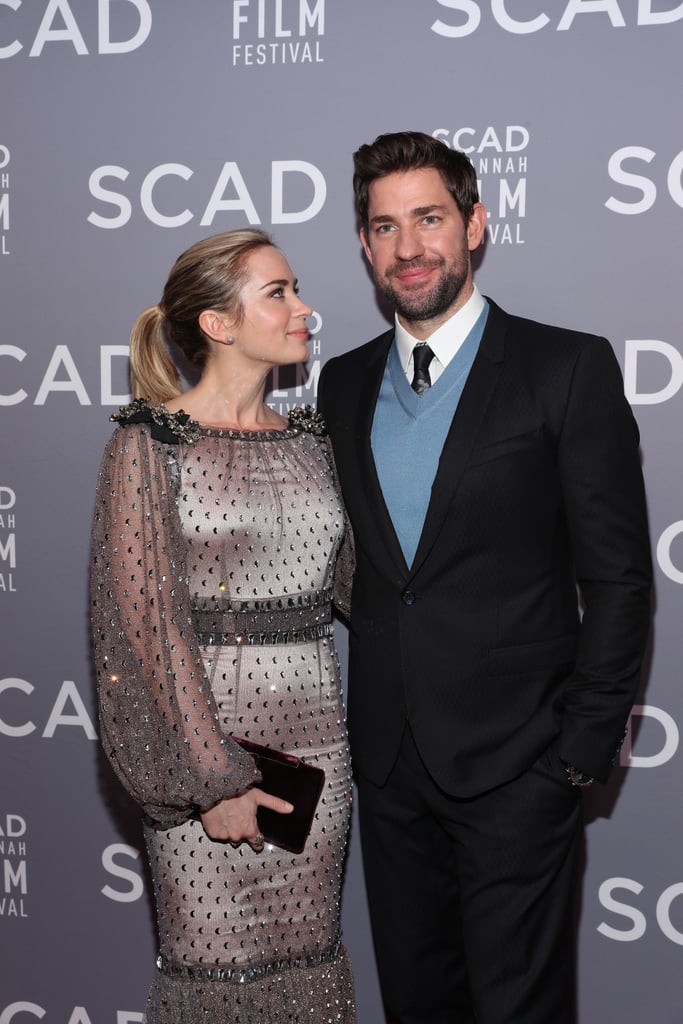 Not only are John Krasinski and Emily Blunt quite the onscreen power couple, but they're also one of the sweetest pairs in Hollywood. It was more or less love at first sight when John and Emily first met, and they started dating in 2008. The couple tied the knot two years later, then welcomed their first child, daughter Hazel, in 2014, and their second daughter Violet in July 2016. Over the years, they've said plenty of adorable things about each other during interviews, but they show their feelings just as much as they share them. When they pose for pictures together on the red carpet, John regularly whispers into Emily's ear, and instead of focusing on the cameras, they get completely wrapped up in each another.

Related:
Emily Blunt Jokes That Her Children Have a Favorite Parent — and She Knows It's Not Her
Previous Next Start Slideshow
Celebrity CouplesCelebrity PDA