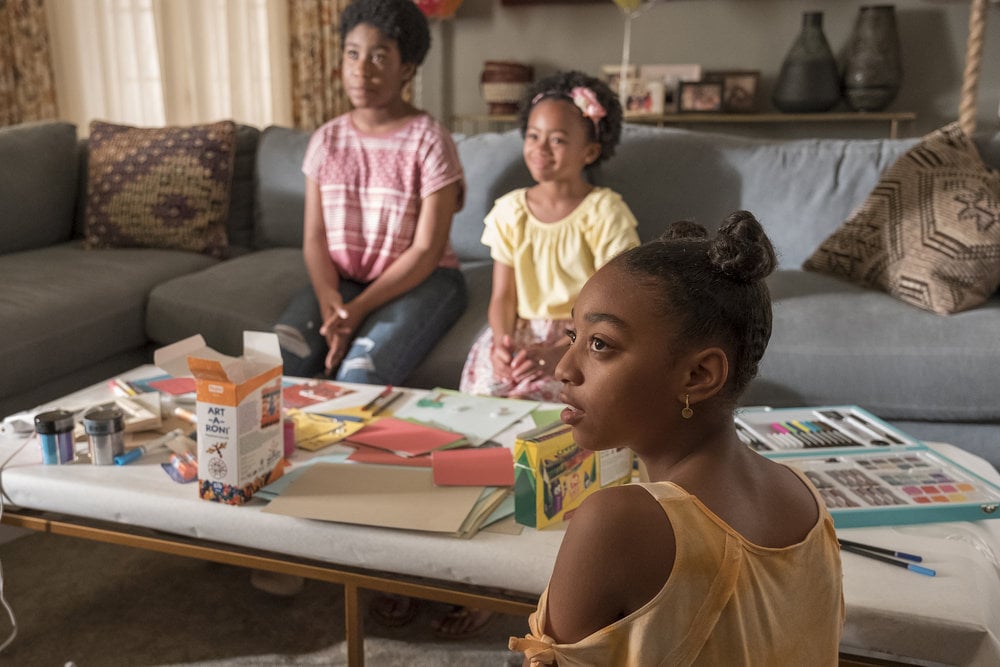 Warning: if you're not a fan of spoilers, do not read on until you've seen April 2's episode ofThis Is Us.

Although Tess came out in earlier episodes in season 3 of This Is Us, the conversation that takes place between her and Kevin during the finale impeccably spotlights the anxiety and fear that's often involved in figuring out who you are as a person.

Earlier in the season, viewers watched as Tess opened up to Kate about being gay after her aunt made an innocuous comment about how she'll probably have her first boyfriend soon. Later on, she also approached her parents on the subject, and the adults in her life were thankfully accepting.

Related:
Here's What the Cast of This Is Us Has Said About the Season 3 Finale (Hint: Prepare Yourself)

After asking Kevin if he remembered when she came out to him via text message, Tess revealed her new concerns. "I thought coming out to you guys would be the hardest part, but instead, I just have a million more questions about myself," she said. "Like what clothes make me feel like the real me? What books should I be reading? What movies should I be seeing? When will I finally decide to tell my friends?"

Kevin then gave an answer that we were tempted to scribble down ourselves.

"I've never been through what you're going through right now . . . so I'm not gonna sit here and pretend like I know how you're feeling, OK? Because I don't," he said. "But this whole idea of not really knowing who are you are deep down inside? That's my life story . . . One thing that I have learned? I don't think we figure out exactly who we are all at once. I think it happens over a long period of time, like piece by piece."

He continued: "Take me for instance: A couple years ago, I get close with your dad and I find a piece of myself. And then I meet your aunt and I find another piece of myself. Honey, I think that's sorta how it works, you know? I think we go through this life slowly but surely, just collecting these little pieces of ourselves that we can't really live without until eventually we have enough of them we feel whole."

If you find yourself in this situation as the parent, consider Kevin's approach – by listening and ensuring your child that your love is unconditional, no matter who they like, what they wear, or what movies they see.

Image Source: NBC
This Is UsParentingLGBTQ+