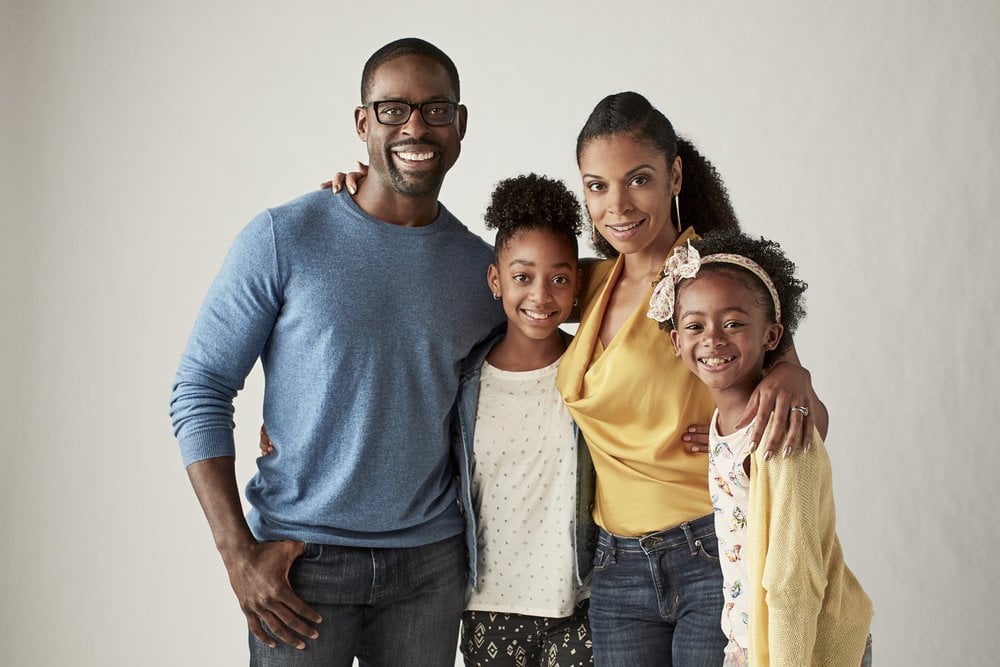 This Is Us has been filled with a lot of tearjerking moments, but few are as touching as Tess's coming-out storyline earlier this season. After opening up about her sexuality with Kate, Randall and Beth's daughter decides to come out to her parents. Though it is a brief moment, the show's executive producer Isaac Aptaker told Entertainment Weekly that the story "will play out for Tess over the life of the show." Ahead of the season three finale, I had a chance to talk with Eris Baker, the talented 13-year-old who plays Tess, and she opened up about what it was like preparing for that scene and how she hopes Tess's story inspires other LGBTQ+ youth.

Baker first learned about Tess's storyline through her parents last July, and after they discussed the scene with her, she explained that she was more than eager to take on the story mainly because she knew she would be helping so many kids like her character. "My first reaction was just like, 'Wow. This is going to have a big impact on so many people that are in Tess's position right now,'" she said. "There aren't a lot of young 8- through 10-year-old girls that are coming out on national television, so I definitely thought that was amazing for Tess to really have an impact on that."

"This is going to have a big impact on so many people that are in Tess's position right now."

Before doing the scene, Baker said, she did a lot of research to get into the mindset of the character. She explained that Catherine Hardwicke, who directed the episode, actually had her keep a journal to "write down all the emotions people that were in Tess's position would be feeling." In addition to processing her emotions on paper, Baker also had a personal experience to draw from. "I also had a friend that came out to me recently, so I talked to her about it, and she told me how it was hard for her to come out to her parents because she didn't know if they were going to accept her or not," she said. "I definitely took all the information in and portrayed it in that scene."

The young actress added that it was incredibly helpful to have Sterling K. Brown and Susan Kelechi Watson's support on set. In fact, she actually reached out to Brown personally since he has had so much experience with emotional scenes on the show. "I never cried on camera before," she said. "I wasn't even that developed as an actress yet. He definitely gave me some amazing advice about how to deepen my focus. Like, 'What makes you sad?' Or like, 'If something would have happened in your family, how would you react to this and that?' He definitely helped me in that scene."

"It was a very powerful scene, and I had a lot of fun doing it, because Sterling and Susan are amazing and I feel like we were acting off of each other," she added. "It was just so empowering knowing that lots of people are going to be touched watching this. I'm honored to play a character that is helping kids that are going through what Tess is going through."