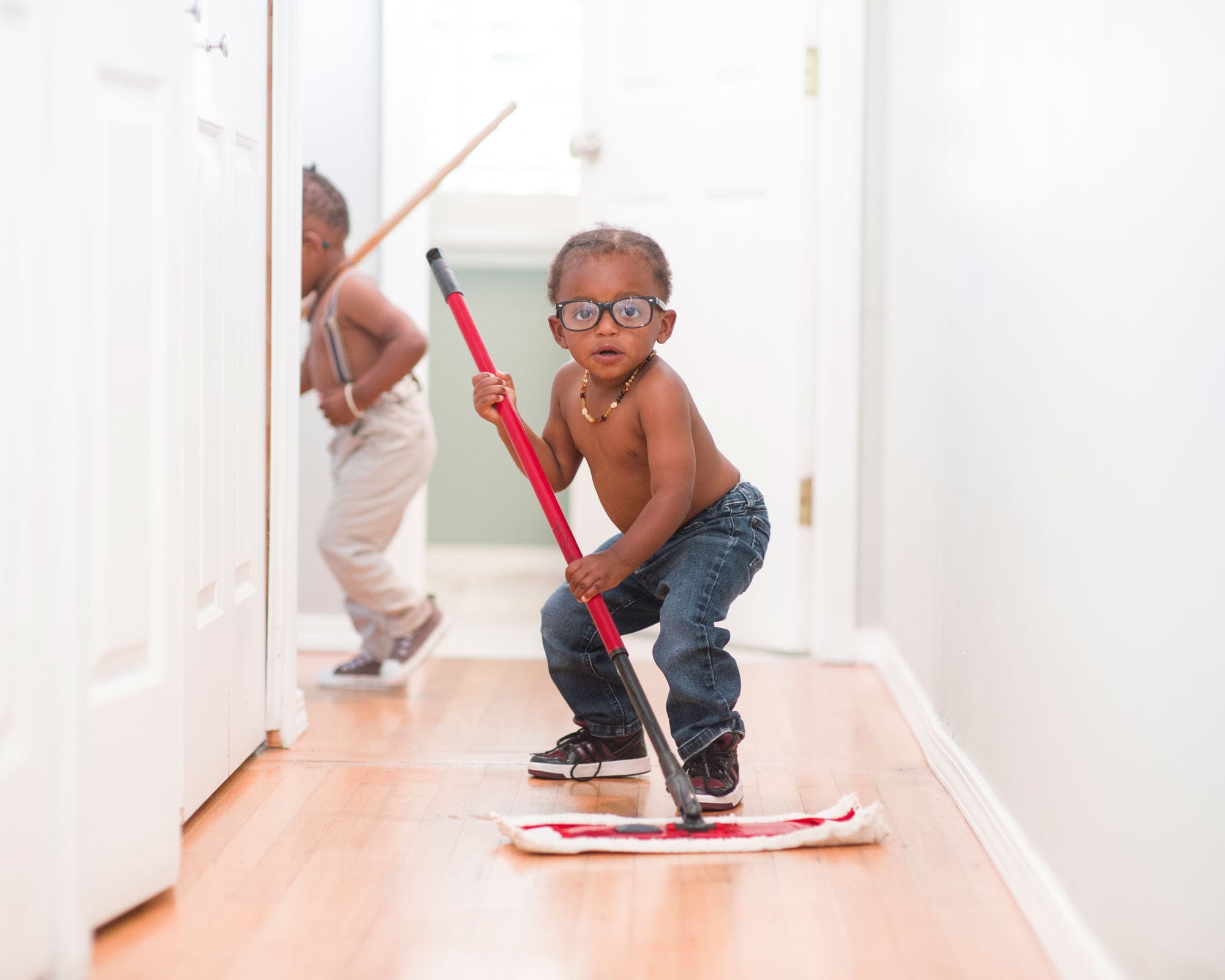 I know that it can feel overwhelming at times that your once organized house has now been inundated with a million tiny pieces. This seemingly endless supply of toys and junk that blurs the ideally defined-line between your child's space and yours can cause a well of frustration to bubble over.

How is it possible that they, those beautiful and otherwise amazing children of yours, do not understand that toys belong in those carefully curated boxes you bought them?

What's the point of continually cleaning up after them, when five minutes after everything is straightened up, their belongings become a mountain of mess again?

How can they possibly grow up to be adults who take care of their things, keep a clean home, and have everything organized?

As a parent, I get this frustration. Though my son is only 2, it seems like half of my time spent with him is trying to prevent the house from becoming overwhelmingly messy, and sometimes I don't succeed. Having him help put the toys away can take longer than the time he spent actually playing with them. Some days, it's just easier to let him play with everything and clean it up after he's in bed.

As a former messy child, I know it's all worth it.

I was the messy kid, the one whose parents had to convince to straighten up their room when guests were coming over. Clothes and books were in piles on my floor, a wet towel draped over the doorknob, and my bed unmade.

I lived like this well into my adulthood, and it wasn't until I had a house of my own that I actually kept a clean home. Now I'm the one who chases after the kid and tries to encourage him to clean up, and the irony is not lost on me.

It's a delicate balance between wanting a clean house, wanting to teach our children to clean up after themselves, and not wanting to do it for them. Largely I did not clean as a kid and college student because I continually lived with people who would do it for me.

My mom would do the lion's share of the cleaning and give me a menial chore to help, hopefully to encourage me to get my act together and clean. However, I learned early on that if I didn't do it well enough, she would come back over and fix it for me. In college and after, my best friend and roommates did the same thing.

Yes, I'm clearly the worst kind of human, but it taught me a lot in how to deal with cleaning now that I have my own child to take care of. Now I'm the kind of person who wants the house to be straightened up when I leave just in case a robber breaks in, because I want them to think I have an organized house. I know how to keep a clean home because I've watched my parents. It may not seem like it's sinking in, but it is.

Teach your kids to clean, and let them see what it takes to keep a clean home. Straighten up and clean a little every day — my mom always told me to make my bed, and even though it seemed like a waste of three minutes as a kid, I get it now. At the very least, it's one chore that instantly makes that room clean, and if I've done nothing else during the day, at least I made the bed.

Have them clean their own mess, as much as you can stand it. They might not do it to the best of your ability, but they're learning and trying.

At the end of the day, when your kids are grown adults, they may have a different way of keeping their house clean, and that's OK. I will never be as clean as my mom and best friend are, but that's OK. It's totally acceptable for your kids to clean differently — they're different people.

At the very least, when they have kids of their own, just know that you'll get to sit back as a grandparent and laugh and laugh as they chase after their kid with a broom and dust pan.

Don't give up hope.

From,
A former messy child

Jimmy Kimmel
A 5-Year-Old Accidentally Bought a $197 Banana Pillow From Amazon, and What a Purchase!
by Murphy Moroney 2 days ago

Holiday For Kids
These Elf on The Shelf Outfits Are Necessary, Because an Elf Needs Options
by Emily Weaver 2 days ago