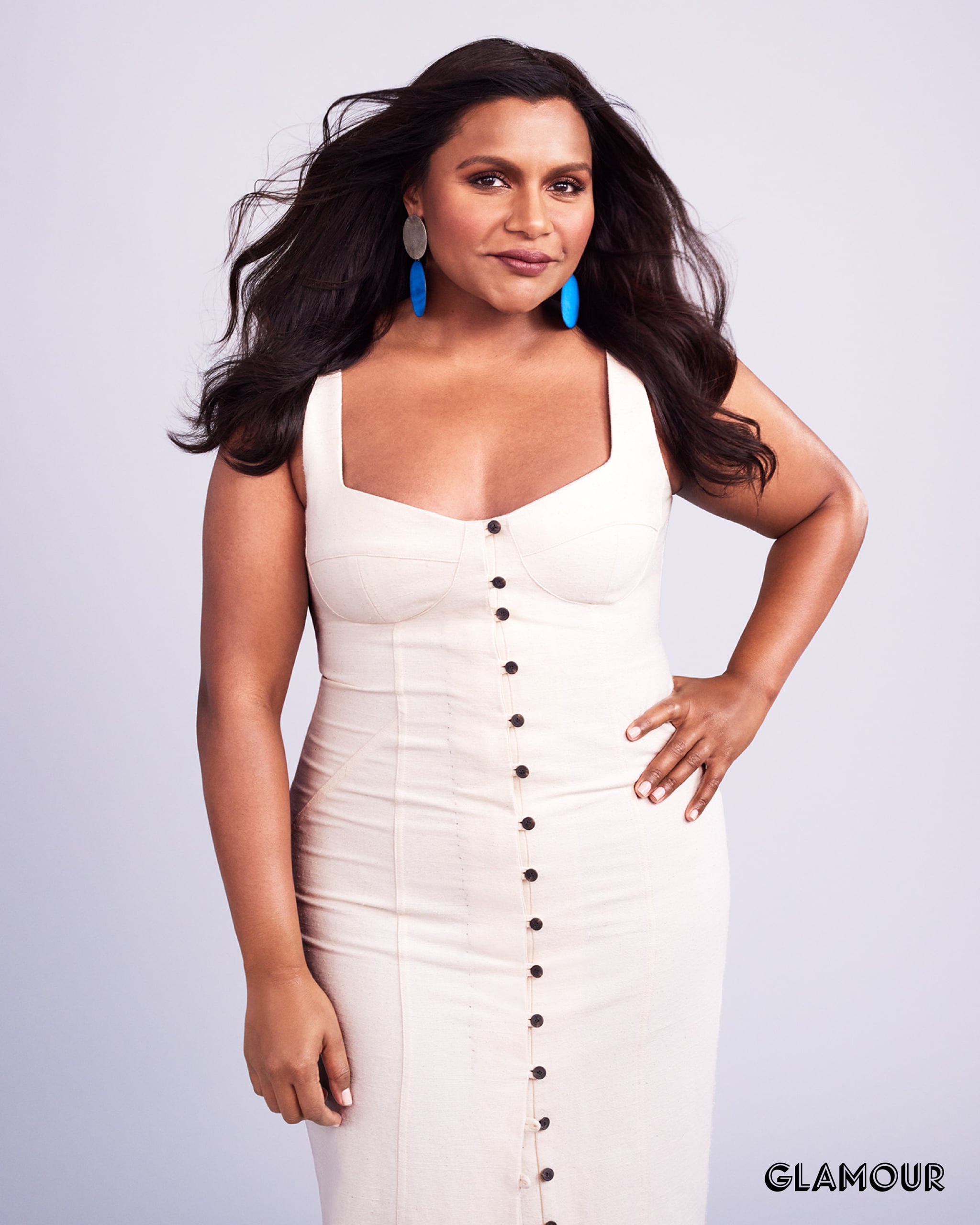 Mindy Kaling never thought there was a "right time" to become a mother, but she's over the moon to have given birth when she did. The Late Night actress appears on the cover of Glamour's June digital issue, where she briefly opens up about motherhood and life with her 1-year-old daughter, Katherine.

The 39-year-old continued, "For me, my relationship with my mother was such an integral part of my life. Thinking back on our relationship is still such a huge source of my happiness day to day, so I'm so grateful for having Katherine." Mindy gave birth to her daughter in December 2017, and in the past year-and-a-half, she's kept that part of her life relatively private, something she also touches on during the interview.

"It's really essential to my life that there be something not everybody knows about."

"I'm on social media and like sharing with people what my interests are and how my day's going and all of that, but I do feel entitled to have privacy about my daughter and my relationships," she said. "It's really essential to my life that there be something not everybody knows about. That's a boundary, but it's a very small boundary. Everything else I really don't have any issue sharing."

Later on, the actress opened up about her work ethic and what kind of example she hopes to set for Katherine. "I would love for her to admire and try to emulate the way I work, while also not feeling some of the anxieties I have around it," she said. "I feel so lucky to give her a comfortable life." And even though she'd love for Katherine to adopt her sense of ambition and discipline, she briefly discusses why she'd prefer if her daughter chose a career path outside of the entertainment industry.

"You need to harden yourself to get through it," she said. "I would love it if her interests lie somewhere else. But the difference is I had my mom and my dad. She just has me. I know at some point I will have to do less, because it's not like there's a dad at home picking up some of the slack. I think that's another reason I work so hard; because I know that when she gets a little bit older, I want to be able to take off more time to spend with her."

Chadwick Boseman
Kevin Boseman Honors Brother Chadwick With a Special Dance Performance: "He Was a Hero"
by Monica Sisavat 11 hours ago