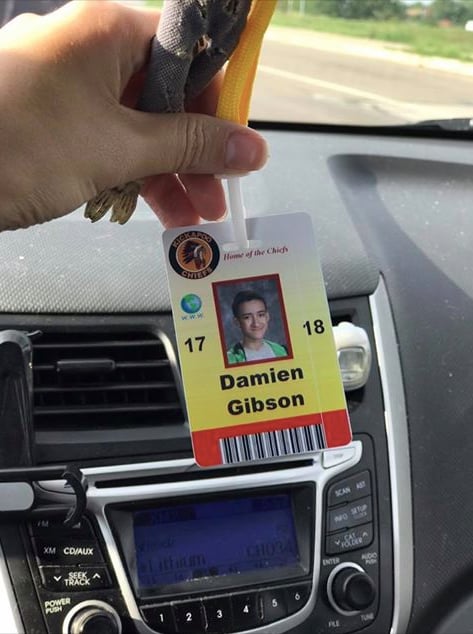 Cara Thulin, a mom from Missouri, had a straightforward message to her son's school: "This boy is in your ranks now. And I need you all to help me."

Thulin posted a note on Facebook to the teachers at her son's high school explaining that while Zeke Gibson, her son who has autism, might have have had a different experience growing up compared to other children, he's still just a kid. She wrote:

His brain grew up differently than a lot of ours. It grew up focusing on protecting Zeke from being overwhelmed by sounds, and light, textures, and smells. His senses are stronger than ours. And so while we were growing and paying attention to other babies, and learning how to behave and react, he was paying attention to the way sun hit his moms earrings, or how loud the dog was . . . and he missed out on all that social training we didn't even realize we were getting.

His mom also said that even if Zeke doesn't give you the most direct response, he still understands and appreciates when people take the time to talk to him throughout his day. "If you see this kid, say 'Hi Zeke!' and don't get offended if he doesn't respond," Thulin said. "He heard you. And he feels a little more confident now that someone knows his name."

Thulin also gave some of her Facebook followers a talking point that's sure to pique Zeke's interest. "Ask if he's doing okay, if he likes class, or if he has any questions," she wrote. "Compliment his band t-shirts. He LOVES Panic! At the Disco."

She also explained how challenging it is to parent a child with a disability that's often invisible to others. "I've always said to myself that if Zeke could just wear a sign that said, 'I'm autistic, give me a break,' he'd have a better chance at life," she told POPSUGAR. "But of course, we can't do that to our kids. When you say 'autism,' it isn't fully understood by most people."

Thulin signed off by saying while she's confident Zeke will navigate high school just fine, other parents should encourage their children to be nice, too. "I am raising a very VERY strong kid. Please do me a favor and raise very kind kids in return."

by Lindsay Kimble 10 minutes ago