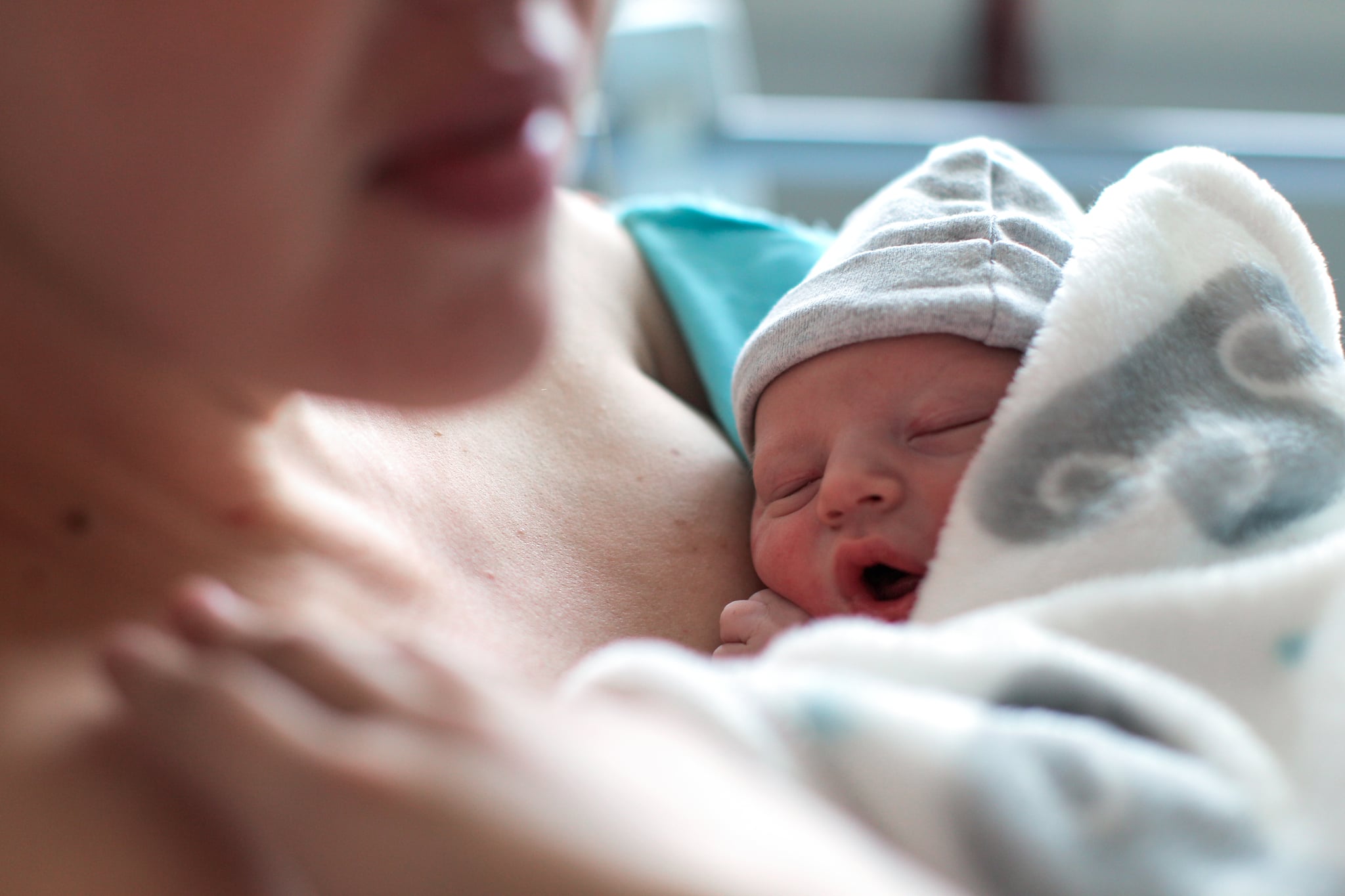 How I planned to give birth to my second child was 100 percent different from how it actually happened. I'd hoped she'd be born spontaneously, but I ended up with an induction. I wanted to get an epidural, but it didn't work. (Yeah, that can happen!) The vision I'd laid out for the arrival of my beautiful daughter fell spectacularly apart, literally overnight. At the time, the experience was scary, and it seemed like the ground beneath my feet was falling away. But looking back, I'm actually super grateful my birth plan was blown up, because I learned how darn strong I actually am.

At 39 weeks, my doctor determined my baby was no longer thriving inside of my body. That news turned my world upside down, and fear took over. What if she wasn't OK? For her safety, we scheduled an induction of labor for the next day. Of course, I wanted to do what was best for my baby, but I was terrified. During my pregnancy, I'd never considered the possibility of being induced. I didn't even know what was involved until my nurse walked me through the process that afternoon. As she explained, I would be admitted to the hospital in the evening, where I'd receive a cervix ripening agent. That medication would remain inside of me overnight. Then, the next morning, I would start my Pitocin drip, which would cause my labor to begin. Once I'd made some progress toward being fully dilated for delivery, my doctor would break my water.

Related:
That Instant Bond When You Give Birth? Nope — My Baby Was a Stranger

Every one of these steps sounded daunting. And painful. But I was told I could receive an epidural for pain management at any time — which I fully planned on. I'd gotten an epidural during my first delivery, and it never occurred to me to go in a different direction this time. At least that part of my labor and birth would be in my control, I figured. Oh, how wrong I was!

As I held my newborn baby on my chest and gazed down at her, I felt like a friggin' superhero.

For hours after my Pitocin drip started, everything moved along super slowly; my contractions weren't even that painful. So my doctor broke my water, then bam! I went from four centimeters to eight or nine in a matter of moments. I was screaming for the epidural. The anesthesiologist raced into the room and began prepping me for the shot. I could barely control the writhing of my body as the pain became unbearable. It took several nurses to hold me still so he could administer the epidural. But it still hurt. He tried again. And again. Nothing.

"Please stop!" I begged. The pain of the contractions was so intense, I was having an out-of-body experience. As though he were standing in a different room his voice sounded so far way, I heard my doctor explain that sometimes an epidural doesn't take. I'd need to give birth without one, because my baby was coming. Now.

"I know this sucks, but it'll be over in a minute," my doctor told me. I was pretty sure I couldn't do it. How could I give birth without an epidural? I remember saying over and over again, "I can't." I felt burning, pressure. It was too much.

Related:
To My Delivery Nurse, Thank You From the Bottom of My Heart

But then, I did it. A few brutal, body-splitting pushes later, I birthed my daughter. Without any pain medication whatsoever. And with Pitocin coursing through my veins. Moments later, as I held my newborn baby on my chest and gazed down at her teeny-tiny perfection, I kinda felt like a friggin' superhero. I'd delivered my baby like a warrior woman. I'd conquered extreme self-doubt about my ability to handle pain. I'd done something I never thought I could. And it was all worth it. I felt so proud.

In the end, I never could have anticipated that my birth plan would be such a bust. But here's what I want every pregnant woman out there to hear: Even if none of what happens when you give birth is planned, it's OK. You will learn so much about yourself and what you are capable of. That you can do it, when you are certain you can't. It's a great feeling to be pushed way, way outside of your comfort zone and come out on the other side, roughed up a bit, but stronger for it.

"I did it," I remember whispering to my sweet newborn once we were settled in a recovery room. "I mean, we did it."

Summer
I Quit Tanning at the Peak of Summer, and Learned to Love My Skin
by Izzie Deibe 21 hours ago