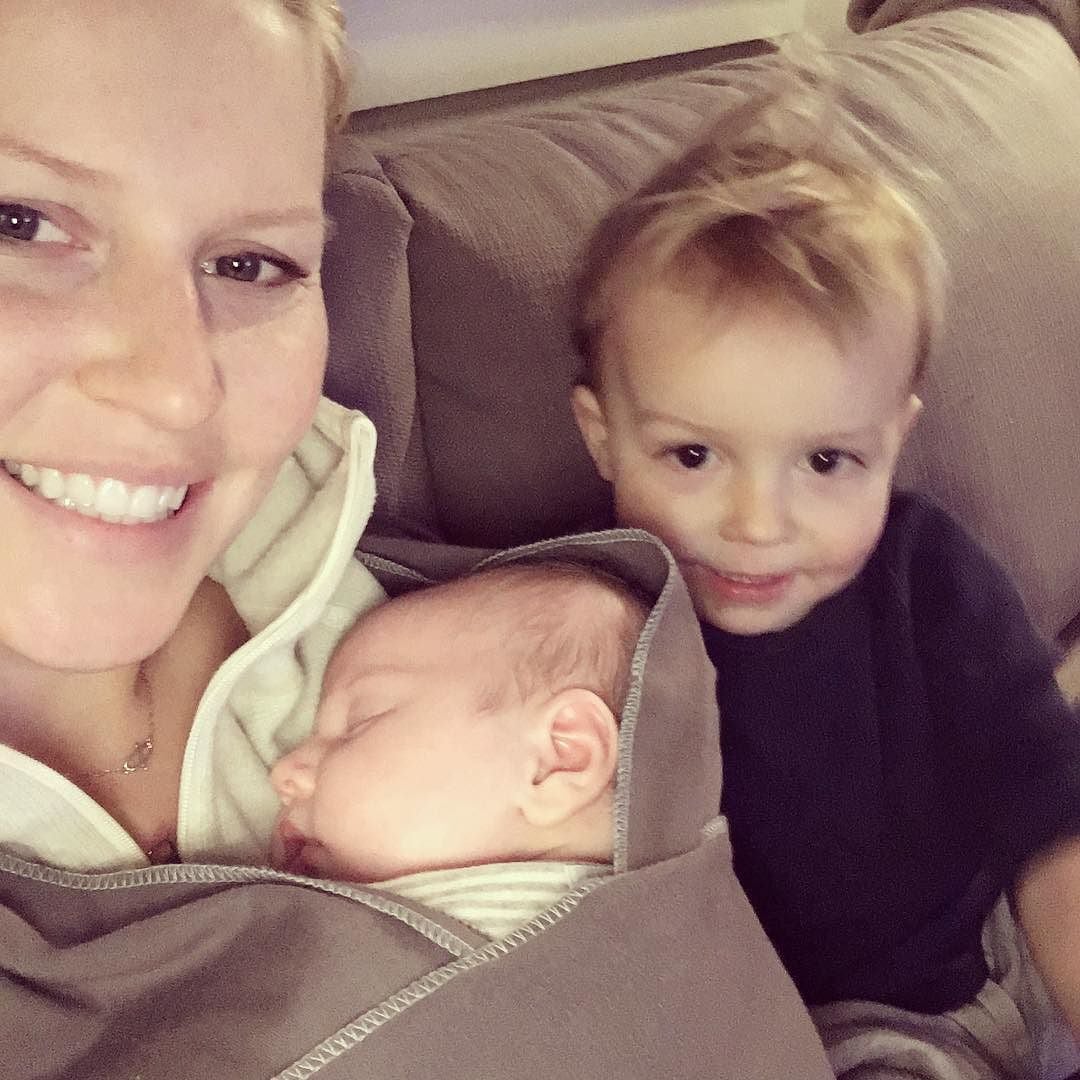 People throw so much advice at you when you're a first-time parent. Just the sight of your pregnant belly and a confirmation that it's your first brings an onslaught of unsolicited tips and sometimes helpful musings. Cut to the second time you expand your family and everyone just assumes you've got it down. The only advice I got this time was: "If they both need you, help the older child first." (Good advice, by the way.) My general lack of mental preparation before doubling the number of children I had made for some surprising findings in my first few months as a second-time mom.

1. You Will Feel More Guilty Than You Ever Have

You'll feel guilty for spending too much time with your newborn and not paying enough attention to your older child. And then you'll spend more time with your older child and feel terrible for neglecting your newborn. You'll wish you could spend every second with each of your children while also wishing you could take 20 minutes to shower by yourself. It's a guilt-ridden cycle that I wish I could say goes away, but it really just gets a little less intense. Because what's motherhood without a little guilt, really?

2. You Won't Remember as Much as You Think You Will

Prepare to go through the process of figuring it all out all over again. It does come back to you, but it's not as immediate as you might think. After the birth of my second son, I had to ask the nurse in the hospital how often I should feed him and when we got home I was shocked at how many diapers we went through. Don't be surprised if you and your partner look at each other with bewilderment when trying to remember what time you used to put your first to bed at night or how many ounces he would take from a bottle.

3. The Whole Experience Will Be Less Intense

This isn't to say it's not as special and important, but it's just not as life changing as that first time you brought a baby out into the world from inside of your body. You've already witnessed the insane and unimaginable miracle that is a tiny human created by you and your partner. It's not so much been there, done that, but it just doesn't quite shake you to your core the way having a baby the first time can. This is not to say your hormones won't still be all over the place. It just means that instead of being on a loopy, upside-down roller coaster at Six Flags, they'll probably be riding something more like Big Thunder Mountain Railroad at Disneyland.

4. Breastfeeding Will Still Be Hard

I was told so many times that breastfeeding is so much easier the second time. And I will say it's easier . . . but it's still hard. You might feel less overwhelmed by the idea if you've already been successful at nursing once before, but if you're like me, you'll still have to work on the latch at the beginning and you'll still be ordering nipple cream on Amazon from your hospital bed. The good news is that (for me at least) the nipple pain didn't last as long and it felt like we were in a better place feeding-wise much more quickly than the first time.

5. You'll Have Even Less Modesty Than Before

Seems impossible, I know, but everyone's already seen it all and now they've seen it all again. Especially your boobs. You don't have the luxury of timing your day around nursing schedules since your older one probably needs to leave the house at some point. So you get extremely comfortable, dare I say nonchalant, about nursing your baby in public. Anywhere, anytime. It's actually quite freeing if, like me, you spent the first go-around desperately seeking a hidden spot to feed on the go.

6. Your Maternity Leave Days Will Look Much Different

Remember lingering in bed for morning feedings and rocking your baby while he slept during the day? Maybe you even enjoyed some leisurely lunches with friends and a little daytime TV after having your first. You guessed it: unless you have live-in help or an older one in full-time preschool, those days are long gone. Get some help that allows you to have even just a few hours a week of sweet, uninterrupted newborn time. It goes a long way.

7. You Will Need More Help Than You Think

You now not only need someone to help you with your own recovery and with the tiny human, but you also need someone to entertain your older child and keep your house in order. Ask neighbors and friends to set up a dinner drop-off, schedule play dates for your toddler, and say yes to anyone who offers to help you around the house. You might even want someone to join you to tackle your first out-of-the-house adventure with both kids. Even if you think you've got it down, you'll be glad to have the extra hands.

8. There Will Be More Laundry Than You Thought Possible

It doesn't seem like a little person with teeny-tiny things would add that much more to the laundry pile already created by three people, but somehow, the baby seems to actually double it. If you don't do at least one load of laundry every day, you are already behind. See previous point.

Keeping your baby close is not only a sweet way to bond, but with the second, it's a necessity. It helps leave your hands free to deal with all things toddler and beyond throughout the day and also gives you a little peace of mind without having to follow your older one's every move. Because this time when you set your infant down, you not only risk crying that needs to be tended to, but also you have the added element of a toddler who may want to "play" with the baby by putting blankets on his face or driving cars over his soft spot while you take a quick bathroom break. It's just easier if the baby is with you.

10. You Will Become the Master of Logistics

One of the biggest question marks for me before I became a second-time mom had to do with how I would get both of them in and out of the house or car to go anywhere, ever. Does the toddler get out of his seat first and hold your hand so he can't run into the parking lot while you get the baby into the stroller? How do you take them both to Target and still have room in your cart to actually shop (see number eight)? It requires some trial and error, but you'll become the master of the juggling act and feel pretty accomplished after that first successful trip to the grocery store with two.

11. You Can Get By With Less Stuff

I tried to be pretty minimal with the "stuff" with my firstborn since we lived in a one-bedroom apartment. When the second arrived, it became apparent that I still had way too much gear, clothing, and blankets, despite having twice as much space. You just don't need as much with the second one since that nagging first-time-mom feeling that you MUST BRING EVERYTHING on your 15-minute walk around the block is replaced by less anxiety-fueled thoughts. Plus, there's just not enough room for all those toddler snacks and three outfit changes for the baby in your bag.

12. You Won't Care So Much About Screen Time

If your older one is at an age where TV is capable of capturing their full attention, you'll be more than happy to have the option of plopping them in front of a show while you nurse for the hundredth time. Trust me. I'm back to regulating screen time with my older one now that the little guy is 5 months old, but I wouldn't have gotten through the early days without a DVR full of Thomas and Friends. 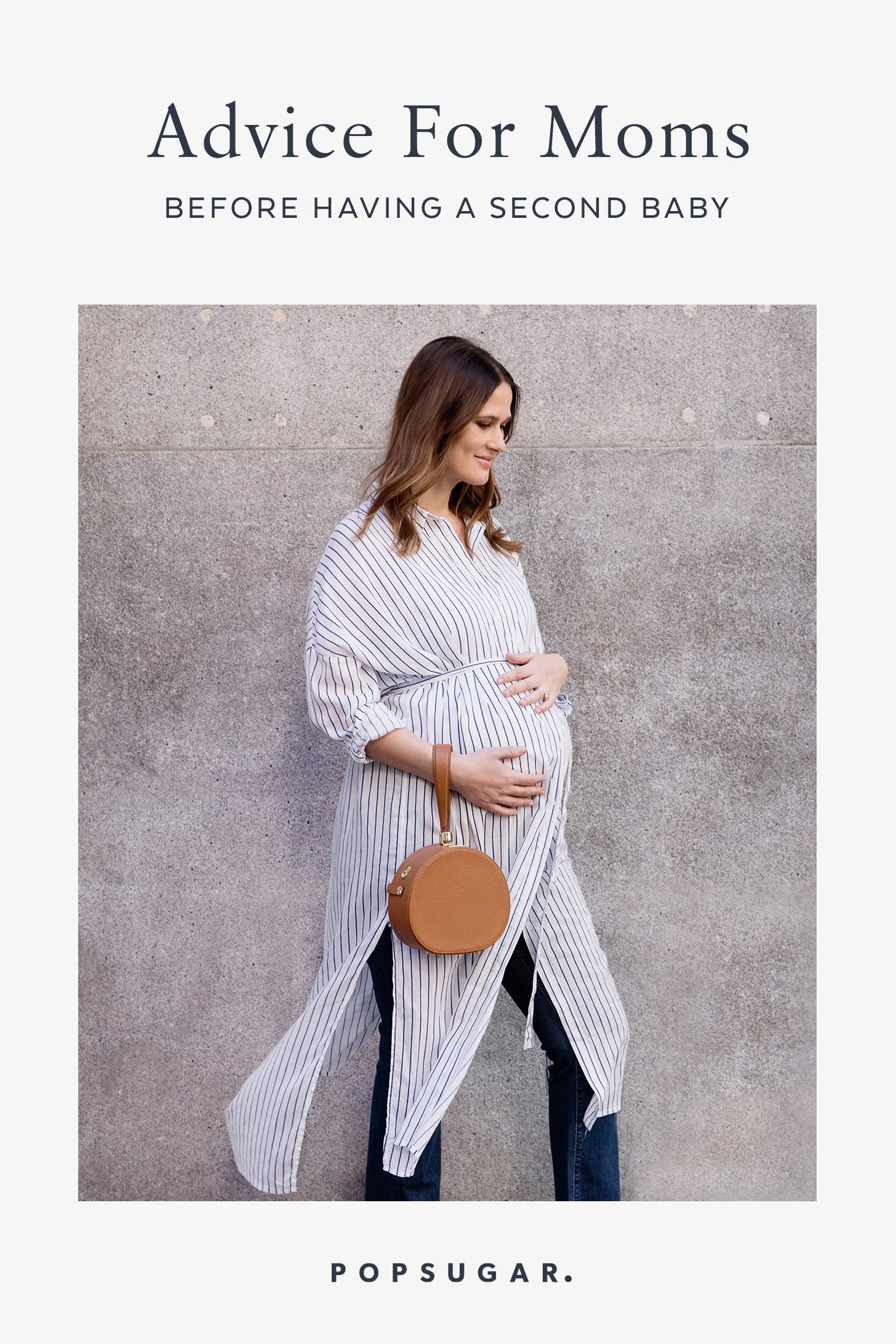