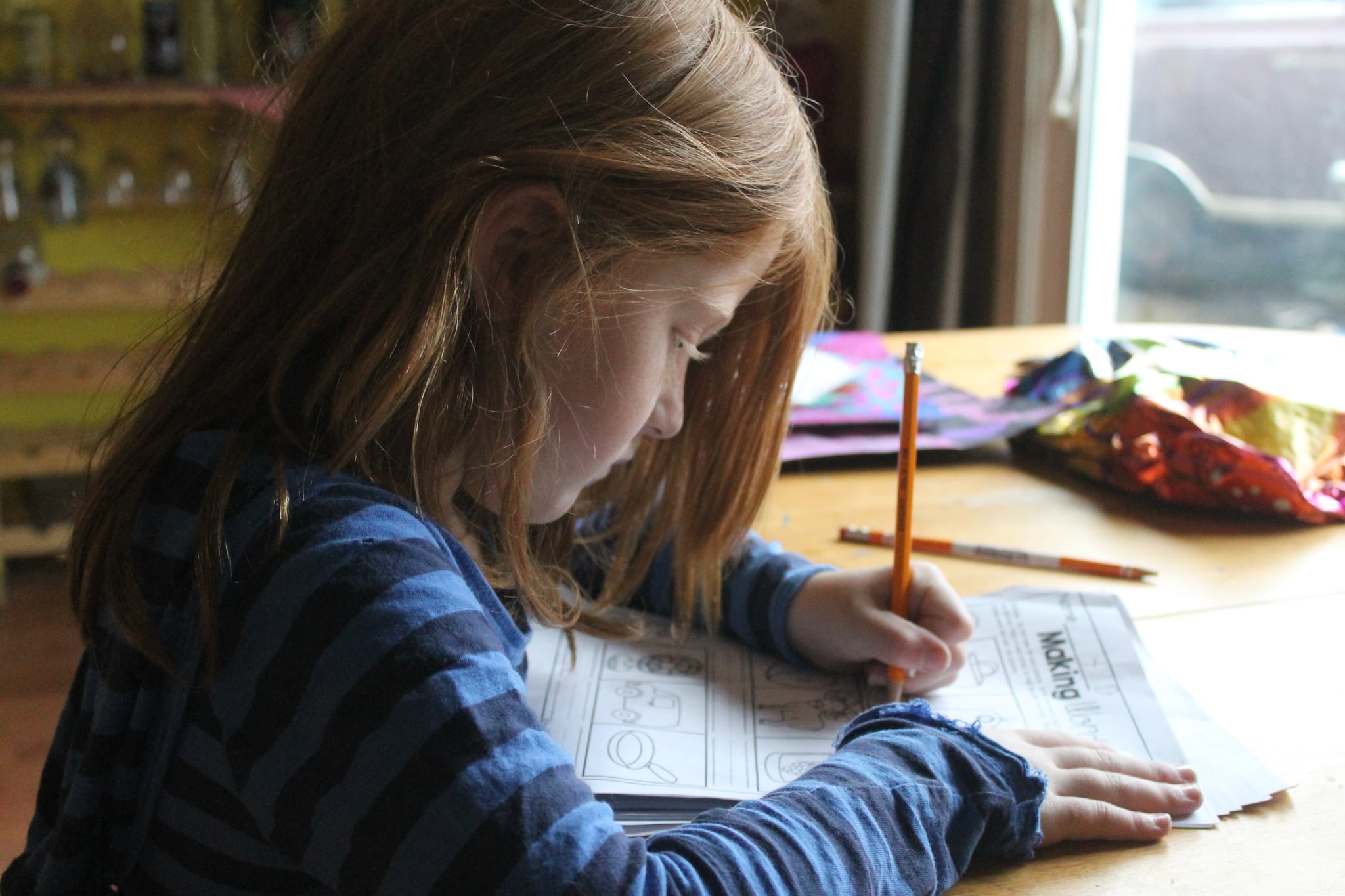 Growing up, my parents always told me that I had only one job, and that was to get good grades. My mom saved all of my elementary school report cards with their glowing comments about my affinity for reading. I always took on extra projects and activities with enthusiasm. I was the smart kid. Then middle school happened.

It's not that I wasn't smart anymore, it's just that my priorities shifted. Fitting in became undeniably more important than academics, but my parents were not on board with my slacking. I lost privileges; watching TV and hanging out with my friends were a thing of the past until I got my grades back up. But I still wasn't failing, so I didn't see the reason behind their upset. Then they decided that maybe they could embarrass me back into caring about my grades, and yep, that did the trick. I'll never forget that day in 7th grade when I walked into my school's auditorium for chorus practice. The teacher turned around and, in front of everyone, told me that my parents had called and said I was no longer allowed to be a part of the chorus because my grades were so terrible. Mortified, I ran out of the auditorium. Is it awful to humiliate your children? Probably. But did it work? Absolutely.

They decided that maybe they could embarrass me back into caring about my grades, and yep, that did the trick.

By the time I got to high school, I had a plan. I was going to get into college, major in biology, and go on to veterinary school. Freshman year, I got a job at a local animal hospital, and most of the time, I tried my hardest. There were a few setbacks when hanging out with my friends or boyfriend was more important than studying for my algebra test, and those were the times when my parents came down hard. When senior year rolled around, I was so sure of my path and so confident in my abilities that I only applied to one school. My dream school. I knew that it was extremely hard to get into, but I wouldn't consider anything else. The stakes were high, and thanks to my parents pushing me to keep my grades up all those years, I got in.

But when I got to college, my GPA plummeted thanks to the complete disconnect I have when it comes to math. A professor of mine once suggested I may have Dyscalculia, which is a severe learning disability in math, but I never followed through on seeing someone about it. After repeating algebra and chemistry four times each before finally passing them, my parents gave me an ultimatum: change majors or find a way to pay for college myself. They were adamant that they wouldn't continue spending their hard-earned money for me to continue failing, and I didn't blame them. I knew no veterinary school would ever accept me, so I abandoned my lifelong dream of caring for animals.

Related:
What Every Parent Needs to Know About Tellonym, the Latest App Fueling Cyberbullying

It was soul crushing and took me years to come to grips with, but it taught me a valuable lesson that I can impart to my own children: anyone who says that you can be anything you want to be in life is full of sh*t. It sounds like a negative thing, but it's really not. I couldn't follow my dream because I didn't have the grades, and I tried really freaking hard. No one was going to give me a pass, and no school was going to accept me just because I wanted it so badly. I learned that it's OK to have more than one dream, and if you want to accomplish something, you have to have the skills to do so.

When I changed majors, I had no idea what direction I would go in, but things quickly fell into place. I went from being on academic probation to making the Dean's List every semester and being inducted into two different honor societies. My parents were right all along. They knew what I was capable of — I just had to find the right path.

While I'm not living my original dream, I'm still living a pretty great one. And someday when my children are in school, I can only hope that they learn something from my experiences. Or, at the very least, understand to some degree why I'll be calling their bosses or choir teacher should they let their grades slip even a little bit.