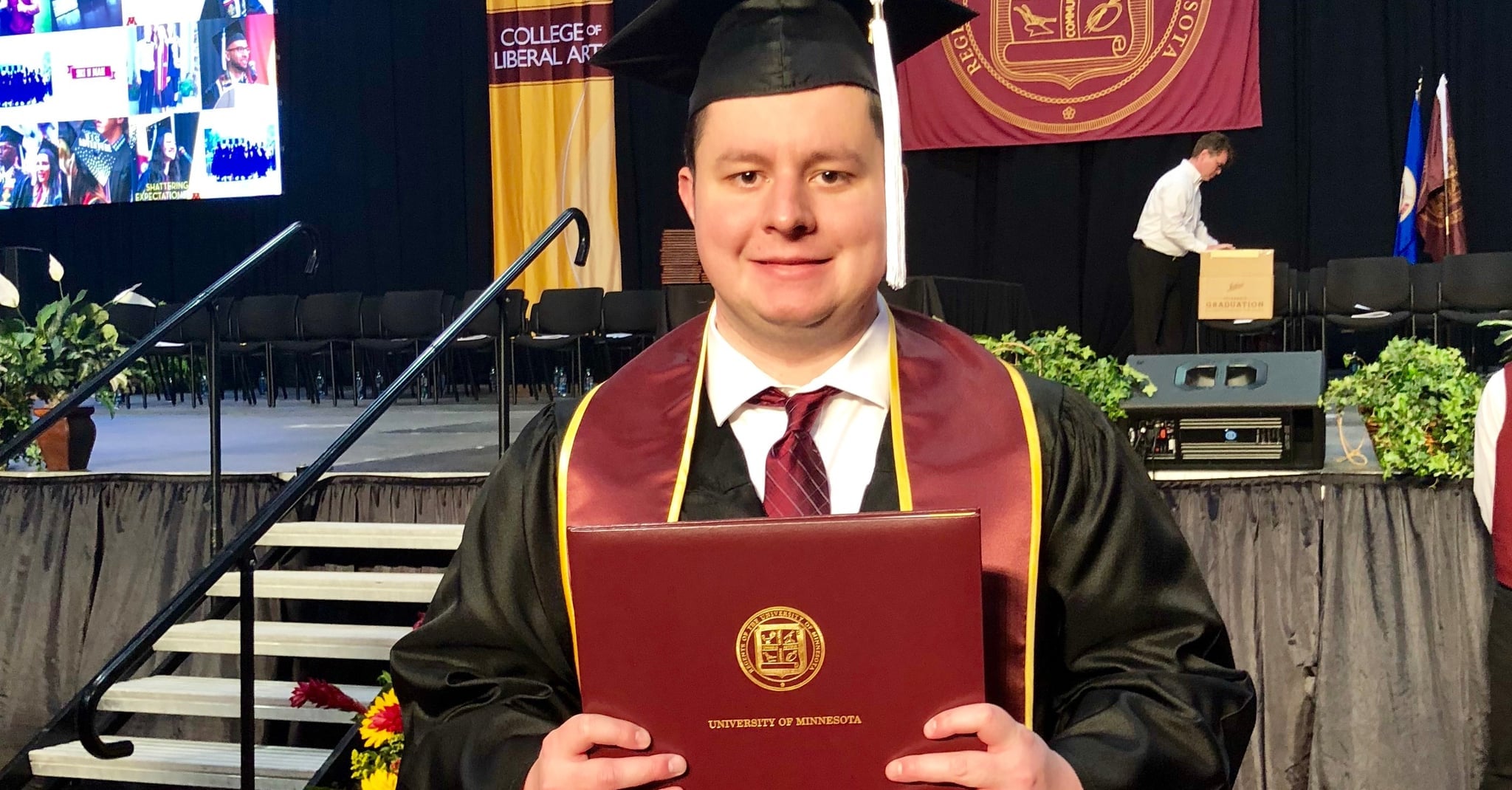 Our son, Parker, graduated from college in May 2018, and I can honestly say that at one point, I never thought he would make it through grade school. When he was 5, I thought he was going to have to be homeschooled since his mind worked differently than other kids his age. He struggled with small motor skills, writing was difficult, and he got frustrated easily. When he was 6, he was diagnosed with ADHD, Asperger's, and Hydrocephalus, also known as fluid on the brain. I knew that being around other kids was good for him, so we kept him in our neighborhood school. Some aspects of socializing with his peers were difficult, like always being picked last for teams during recess, but he persevered. He made it through grade school with a few friends, graduated middle school with honors, then went on to high school.

Managing school and life for a child on the autism spectrum felt overwhelming most days. There were glimmers of hope when he made a friend or understood his homework, but those times were few and far between. I took each day as it came and tried my best to stay positive, no matter what teachers, parents, or disability experts threw our way. I learned to trust my instincts.

We didn't know what options he would have as someone on the spectrum, but he always said he wanted to go to college to become a doctor, so we planned for that outcome.

Parker enjoyed learning and worked extremely hard to get good grades in school. However, he didn't make any new friends in high school. Hurt feelings were a regular thing for him, and for me since I didn't know how to fix it. Then came his junior year, and he started thinking about going to college. We didn't know what options he would have as someone on the spectrum, but he always said he wanted to go to college to become a doctor, so we planned for that outcome. At the time, we didn't think about obstacles or tell him the challenges he would face. Instead, we told him he could do it.

We got Parker's ACT results back and they weren't great, but he took the exam a few more times and got a higher score. Parker then applied to two nearby universities and was accepted at both, along with two out-of-state universities that he also got into. His high school grades, volunteer work, and being on the swim team most likely helped him get into those colleges. He ended up choosing the University of Minnesota-Twin Cities and started out in pre-med, but later changed his major to economics. We were worried about him living in the dorms with a roommate his first year, so he got a room to himself. After having a hard time socially during high school, he thrived in college. He joined a few clubs, became an officer in one, and found some friends that completely accepted him. He's still friends with them today.

Related:
Madeline Stuart on Modeling With Down Syndrome: "There's Never Been a Second I Thought I Couldn't Do It"

I'm not going to tell you that it was an easy five years — there were ups and downs as with everything. However, I can say that Parker is so proud of himself and has gained a tremendous amount of self-confidence. If your child is on the spectrum and is thinking about going to college, find out what kind of services they offer. Not all colleges have a Disability Services office, but if they do, I recommend registering your child. For Parker, he never wanted people to know he had a disability since he wanted to be like everyone else. He didn't think he'd need the services — such as a quieter space or additional time for taking tests — but he ended up using them on some of his finals.

I would never have picked a large university for our son if the choice was mine to make, but Parker loved the campus and how big it was. I thought smaller colleges would be better for giving Parker more help and attention when he needed it, but the larger university ended up offering more clubs, majors, and services. Despite my initial fears, it ended up being the perfect fit for Parker.

Related:
Alexis Wineman: Being Called the R-Word by a Teacher Completely Changed the Course of My Life

Parker went on several interviews during college until he was able to secure an internship for the state, and before graduation, he received an offer from his employer to stay on full-time. He accepted it right away and has loved working there ever since.

Parker's journey to college and starting his career wasn't easy, but it was so worth it. I know how daunting and impossible it may seem for a child with a disability to achieve these goals, but know that it is possible. There are so many great services available and many employers are becoming more open to hiring people with disabilities. Park's belief in himself is empowering, and I know he can do anything he sets his mind to.