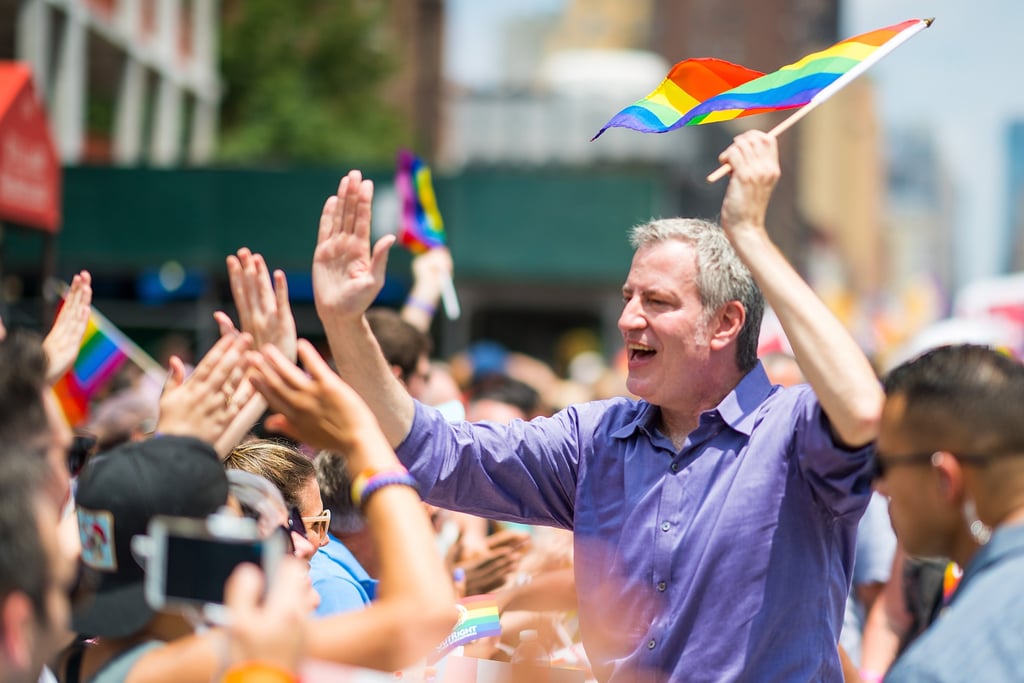 "Imagine if you were told you had to be something you did not consider yourself to be," de Blasio said during the signing event. "Imagine there was literally no space given for your own identity as you saw it. That's been the reality for too many New Yorkers, too many Americans. It doesn't have to be that way."

New York is now the fifth state to recognize gender "X." Proposed by the City Council back in June, the bill passed by a vote of 41-6 just last month. It goes into effect on Jan. 1, and those hoping to change their gender on their birth certificate will be able to do so by submitting a written declaration and for a fee of $40.

Netflix
Netflix's Feel Good Is the First Show That Has Made Me Feel Really, Truly Seen
by Laur Freymiller 3 days ago

Animated Movies
Onward Is Finally on Disney+, but You Can Also Rent or Buy It Digitally!
by Alessia Santoro 2 days ago