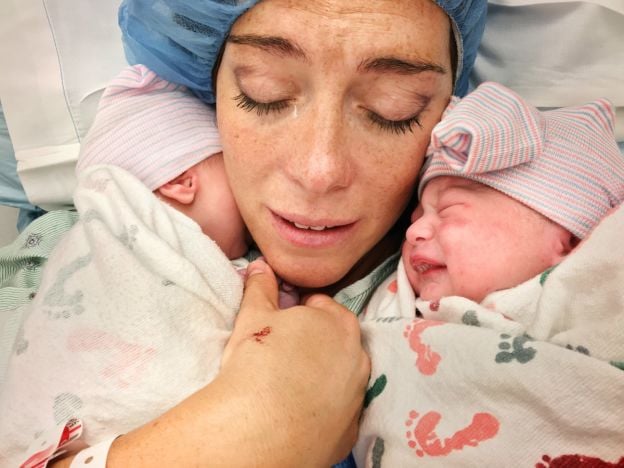 Never has the phrase "a picture is worth a thousand words" been truer than when looking at birth photos. The amount of emotion — relief, joy, and exhaustion, among so many other feelings — that is expressed in those photos is incredible. Right after his wife Anne delivered their twins, photographer Marek Dziekonski snapped one of these pictures — one that shows every single emotion this mom was feeling in a single, still frame.

From the single tear poised to run down her face and the way her brows are slightly furrowed, to the way she's clutching her two newborns with her mouth slightly parted, it's like you can feel everything Anne is feeling, whether you've given birth or not. And for Anne, this particular moment that was caught by her husband conveys even more deep emotion, seeing as the twins are rainbow babies.

Already parents to two boys, Domnik and Leo, the couple got pregnant again before the twins, but unfortunately suffered a miscarriage. Then, when Anne became pregnant with her twins, Ian and Lucy, who are now eight months old, she barely took notice of how big her bump was getting at 18 weeks because she was just so happy to be having a healthy pregnancy. When they found out they were expecting two little ones, the mom, who is one of 14, was actually shocked.

"I didn't have a clue," Anne told Babble. "In fact, just days before [the ultrasound] I was telling friends that I couldn't imagine how moms expecting more than one baby do it, because my belly was torpedoing out so far at only 18 weeks . . . After our miscarriage, it was so humbling to realize that God's plan was greater than either of us could have imagined. We were going to have two babies after all."

Marek, who used to photograph weddings but now focuses on high-end commercial photography, rarely photographs the family's personal life, except for, it seems, birth photos. The dad said he's taken a picture of Anne following each of their children's births.

Anne delivered both Ian and Lucy after about an hour of pushing, and said that that photo taken right after Lucy's birth shows one of the happiest moments of her life. "Once I was holding them in my arms nothing else mattered. It was all worth it. They were mine and I couldn't imagine how I ever lived a day without them." 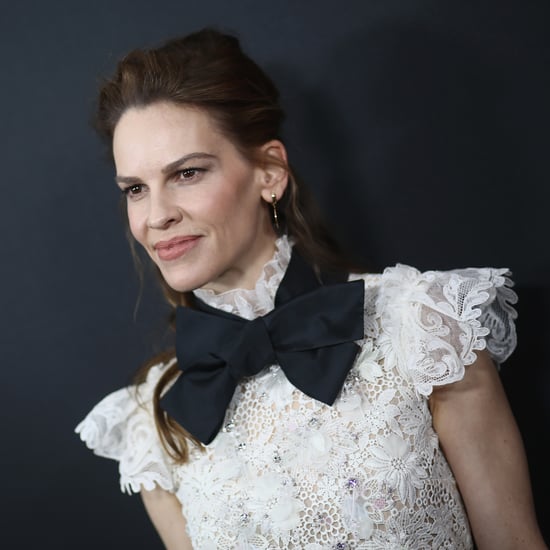