Social researcher Wednesday Martin's Primates of Park Avenue: A Memoir is being called the grown-up version of Mean Girls. In it, she chronicles her time among NYC's tony Upper East Side stay-at-home moms, who engage in a form of "intensive mothering" that is measured by the classes their kids take, the schools they're admitted to, and the cultural experiences they expose them to. First she caused waves with her revelation about these women's "wife bonuses", and now she's unveiling more about what makes their parenting world tick.

Read an excerpt from the just-released Primates of Park Avenue: A Memoir below: 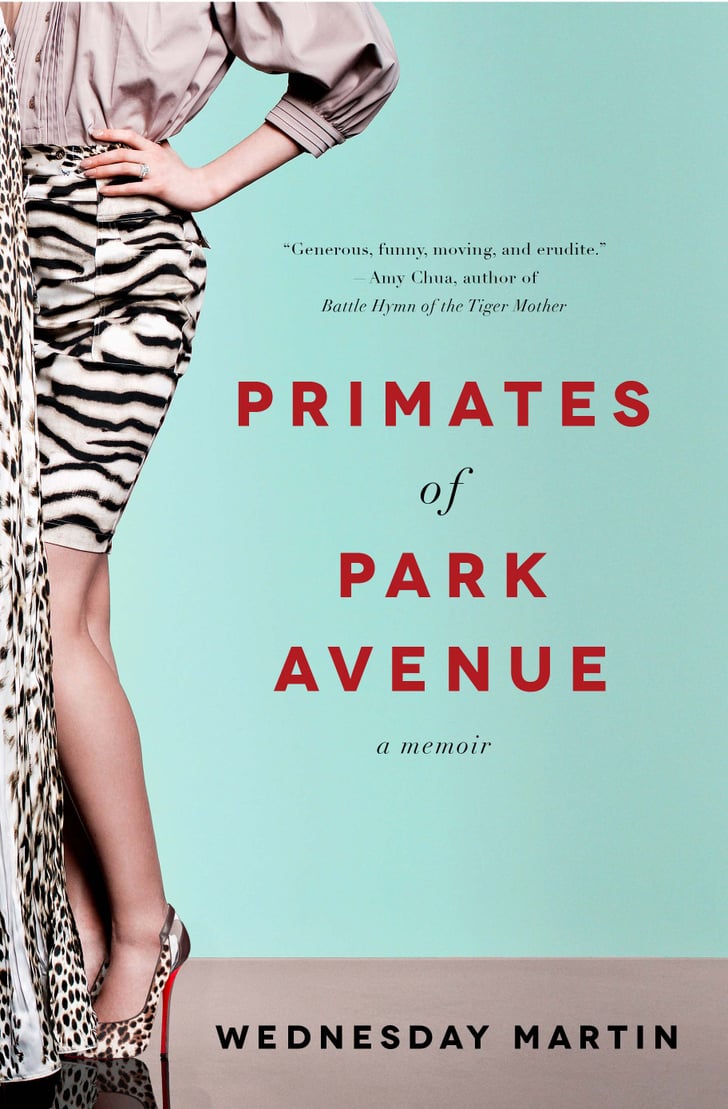 I marveled, day after day, at the abundance all around me. It wasn't just that the neighborhood and the neighbors were rich. Through the lens of anthropology, I saw that they lived in a state of what one could only term extreme ecological release. Every living thing is tethered to its surroundings. Environmental conditions — climate, flora and fauna, predation — all help determine the daily course and overall life cycle and evolution of every population of every species. In much of the world, humans still struggle to ward off predators and disease, and work hard to provision themselves and their families in unstintingly difficult environments — the savanna or the rain forest or a shantytown in Brazil. It is nothing new to say that things are different for the well-off in the industrialized West, where our dinners come prepackaged from stores, we get vaccines, and, in the words of primatologist Sarah Hrdy, there are no jaguars lurking outside our nurseries. In short, many of us live unconstrained by our environment in unprecedented ways. But nowhere, I considered as I walked from here to there every day, foraging for crisp Frette sheets and shiny All-Clad pots and pans and the perfect sconces, are we as radically and comprehensively released as on the Upper East Side of Manhattan. It was the land of gigantic, lusciously red strawberries at Dean & DeLuca and snug, tidy Barbour jackets and precious, pristine pastries in exquisite little pastry shops on spotless, sedate side streets. Everything was so honeyed and moneyed and immaculate that it made me dizzy sometimes.

What really caught my eye, though, was the profusion of indescribably lovely children's stores. There were nearly a dozen of these within a few blocks of our new home, and they specialized in the kind of classic, beautifully crafted clothing for tots you never saw downtown — little wool shorts and kneesocks, navy blue shoes with beige leather soles, white blouses with Peter Pan collars and red rickrack trim, and fuddy-duddy argyle cardigans for mini-me boys. It was all made in Italy or France. Except the pajamas, which were always made in Portugal. My favorite of these upscale children's boutiques was called Prince & Princess. "No, we're not having any sales, we never do. But we can give you a perfect size," a saleswoman told me when I asked whether there was a markdown in the future of a tiny powder-blue cashmere sweater I coveted for my tyke. Living in a state of ecological release, I surmised, must have an impact on parenting. But other than paying retail for fancy kids' duds, what precisely did it mean to be a child, and a mommy, living on the floridly, exotically plentiful and bounteous Upper East Side? What did it do to mothers and children to live in this world — and what, I wondered with a pulse of anxiety, would it do to my child? And to me?

Things weren't equally Edenic for everyone, even here; this I knew. For Eden was segmented into the Haves and the Have-Mores and the Have-Mosts. You could tell the difference pretty easily — the Have-Most women looked the most carefully put together and the most beautifully turned out, and generally had the most children. The first time I witnessed a perfectly coiffed, perfectly dressed petite brunette and her two nannies hauling her brood of half a dozen into an upscale kiddie-clothing boutique, it was so unlike anything I'd seen before that I could hardly process it. Was she a stepmother to a few of them? I wondered, staring as the kids wiggled and protested in and out of precious outfits whose price tags presumably ran into the thousands of dollars. She must be. Right? Oh no, she wasn't, the saleswoman later told me. She was a stay-at-home mother whose husband owned a whole lot of businesses and buildings and concerns. And she wasn't a rarity in my new niche, not by a long shot. I quickly became desensitized to massive families — they were everywhere. Three was the new two, something you just did in this habitat. Four was the new three — previously conversation stopping, but now nothing unusual. Five was no longer crazy or religious — it just meant you were rich. And six was apparently the new town house — or Gulfstream. The culture war in our building between the older residents and families with children — the retirees who owned yippy little dogs and believed that babies in strollers belonged on service elevators versus the couples with young kids pressing for a playroom off the lobby — mirrored a larger trend in the city. People with children were staying, rather than fleeing for the suburbs as the previous generation so often had.

The superheated economy meant that the rich — whether they were newer, hedge-fund wealthy or inherited-wealth wealthy — were snapping up town houses, or two or more apartments at a time, connecting them and creating three- and four- and six-bedroom spreads with space you could previously find only in Westchester or Wyoming.

The change was creating pressure in two places: the real estate market — where, as I had just learned, there was not enough inventory to keep up with demand — and Manhattan private schools. I knew there had been a time when, if you could pay private-school tuition — the price tag had now climbed to something like $25,000 per year for nursery school and $35,000 or more for "ongoing" — your kids could go. Getting into Brearley was just a matter of affording it. But now, I kept reading in the newspapers and hearing moms around me whisper over coffee on the park benches, with so many families deciding to make a life here, and so many of them able to afford private school, everything was different. So many kids. So much money. And only so many school spots. In this land of plenty, it seemed, some things were very, very hard to get. The specter of failing to land one's child in an elite school — in the altered ecology of the Upper East Side, this was the terrifying predator to be outwitted and bested. It was our jaguar.