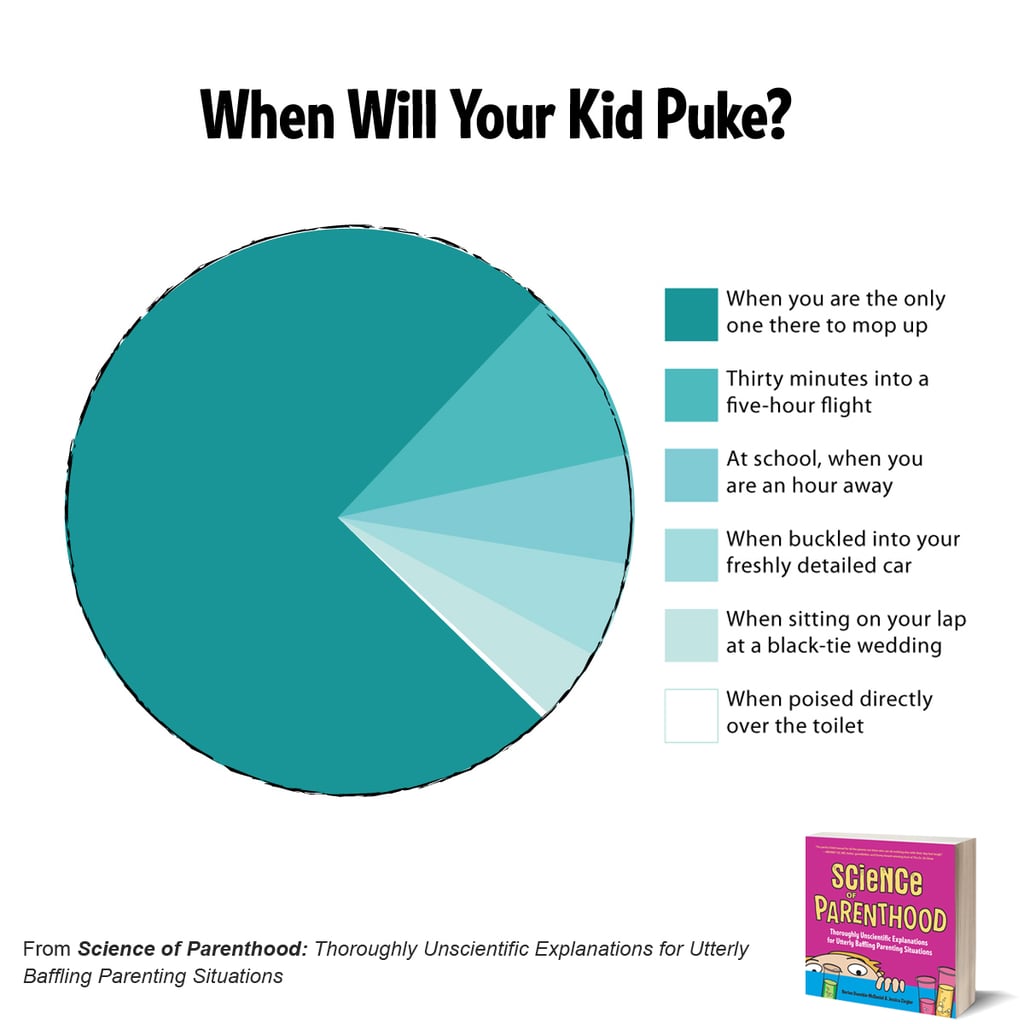 Just Try Not to Relate to These Hysterical Parenting Comics

No matter how many baby books you read pre- and postbaby, nothing can prepare you for the way things change after having a kid — but it's OK, these hilarious comics will seem to commiserate with you.

Through their clever parenting book, Science of Parenthood, Norine Dworkin-McDaniel and Jessica Ziegler have written and illustrated the woes and joys of parenting in possibly the least scientific way — but man, is it relatable. From graphs displaying "playdate compatibility" to flow charts answering the big questions like, "When will your kid puke?" this book contains so much undeniable truth that it's going to crack you up.

Read through to see some of the ridiculously funny comics, and preorder the book to give a mama friend a clue about which beverage to consume during which children's television show.