Despite being one of the best tennis players in the world with an incredibly busy schedule, Serena Williams won't go a single day without seeing her 1-year-old daughter, Olympia. She recently shared how regardless of what's happening in her day-to-day, Olympia is always her first priority.

"I'm a super hands-on mom. I am with her every day since she was born. We haven't spent a day apart," she told People. "Despite my best efforts to be like, 'Oh, I'll take her with me' . . . It's been really trying. This is a whole new territory for me. It's definitely not easy, and I'm juggling more than I'm used to. I think the most crazy part is now I'm adding 'mom' to that, and that has been really hard."

Although she recently opened up to POPSUGAR about how much she's enjoying Olympia's fast-paced toddler years, she acknowledges this age certainly has its challenges. "They're just kids who can't really communicate, and they don't know how to — they're so close, and they want you to understand what they're saying," she explained. "And you don't get what they're saying, and then they fall on the ground, and they don't know what else to do."

Serena doesn't deny that figuring out what her baby girl wants can be a Herculean feat; however, she's learning something every day as a mom. "I feel sorry for them because I'm like, 'I'm trying to understand what you're saying,' and they literally learn our whole language — they learn everything from scratch — and we don't learn their language, they learn ours," she said. "It's a pretty amazing thing to me. I'm learning a lot."

Family Life
Julia Fox Is a Mom of a 2-Year-Old, and Her Apartment Proves It
by Melanie Whyte 11 hours ago 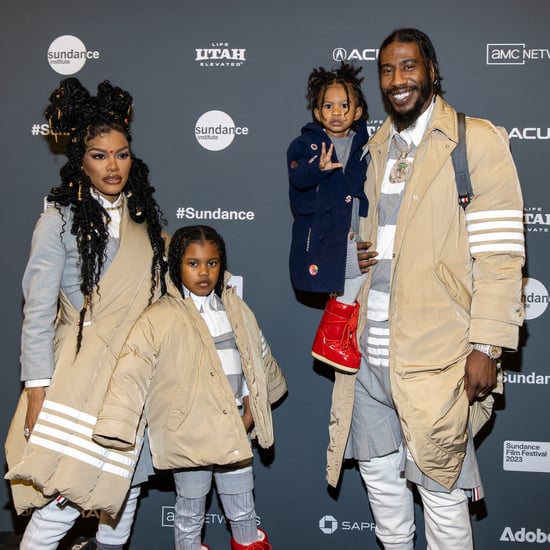