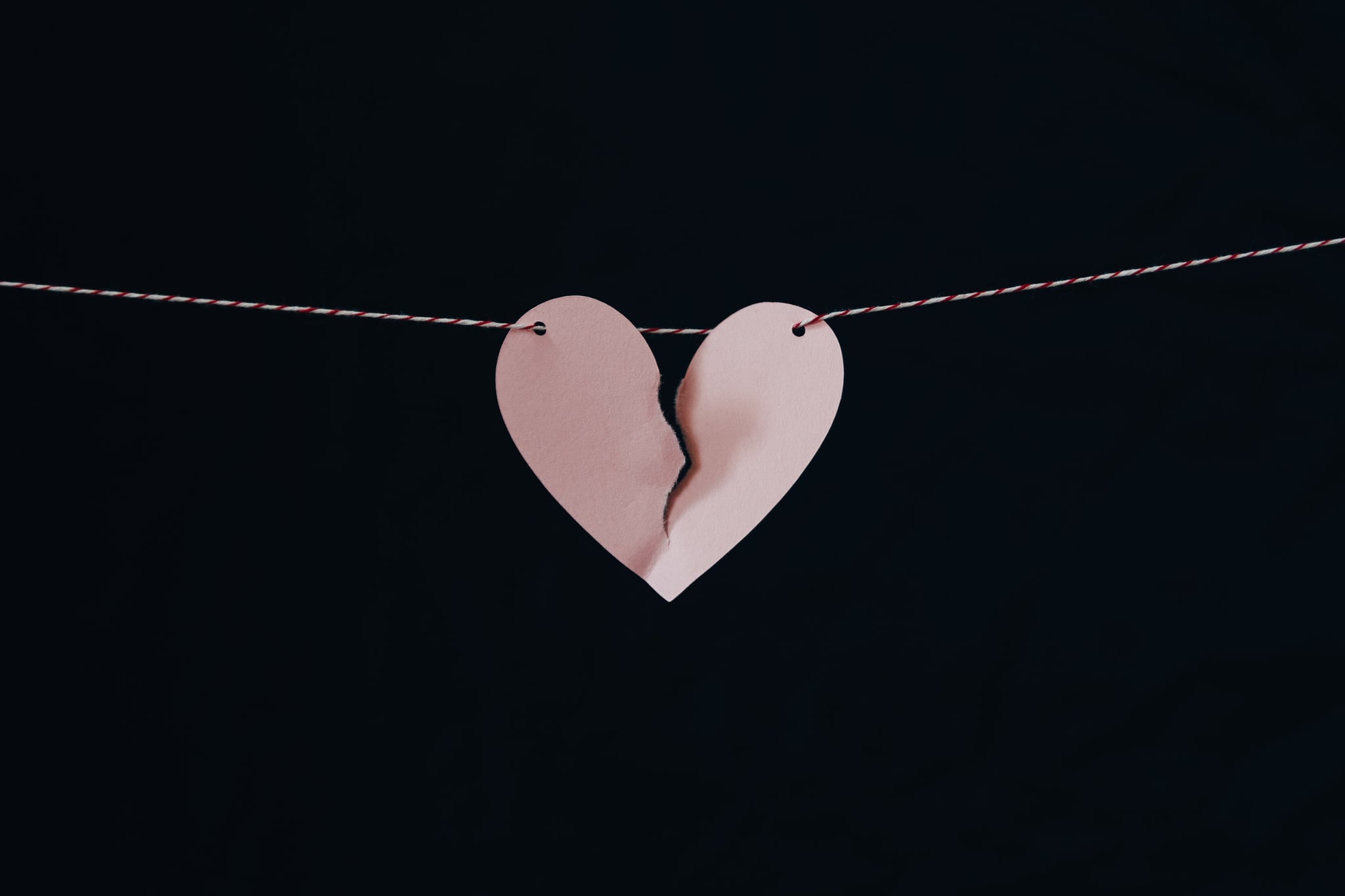 My parents stayed together "for the kids," and let me tell you: it was the worst decision they ever made. And no, I'm not being dramatic. After looking back on the last 27 years, they both agree that it wasn't the right choice. Although it's true that some marriages can be saved with couples' therapy and a lot of hard work, that doesn't always cut it — and there's nothing wrong with that. But rather than accepting the marriage has failed and going their own separate ways, some parents decide to stay together for "the sake of the children." Here's why you should definitely rethink that strategy.

1. You kids notice that you don't want to spend any time together.

Sure, infants won't be able to recall the occasional argument word for word, but children can sense tension way earlier than you'd like to admit. And it's fairly easy for kids to tell when their parents straight-up don't like each other. I picked up on the fact that I usually saw each of my parents individually, rather than together, and grew up thinking that the concept of date night was only for the movies. And as I got older, more questions arose: Why don't my parents ever hold hands? Why do they watch the same TV show in separate rooms? The list goes on. Occasionally there might have been a family day trip somewhere, but it really only amounted to an afternoon filled with eye rolls and insults that are muttered under each other's breath.

2. You suck at pretending you're still in love with each other, especially in public.

Even Oscar-winning actors can't keep up the facade 24/7, and that means it's 100 percent impossible for the average couple. And news flash: as your children grow up, it gets more embarrassing. I've had more than my fair share of people ask me why my parents take different cars to my lacrosse games or how they pass by each other at family parties without even acknowledging the other person's presence. What's worse is when other adults can pick up on the eye-rolling and constant bickering that takes place over the smallest details: huffing and puffing over your wife asking you to swing by the store to get a gallon of milk or a passive-aggressive rant about how incompetent your husband is at something. Yes, many couples try to keep it together in the beginning, but after 15 years of carrying on and sending three kids to college, you start to wonder what the point is. The bottom line? You're not fooling anyone except for yourselves.

3. You're not exactly setting a good example for your own kids, despite what excuse you might make.

Marriage is supposed to be a sacred vow — one you're not supposed to give up on when the going gets tough. But there's a difference between simply quitting and getting out of a toxic relationship in which neither partner is happy. And surely no mother or father wants to see their kid make the same decision to settle later in their lives. As someone who's newly engaged, it's scary to think that yes, things could really get that bad one day. It's not like my mom and dad got hitched planning for everything to crumble 25 years later. Personally, I don't want to emulate any part of my parents' marriage, and that's actually heartbreaking. Also, what does it say to your children that rather than fixing your problems in a healthy way, you'd rather just put up with unhappiness and, in most cases, poor treatment from your spouse? We only have one life to live, after all, and making hard decisions is part of it.

4. Sorry, but it's probably not going to get better once the kids are gone.

While the whole "I'm staying with my partner for our kids because I love them" thing sounds like a good idea when your children are 5 and 10 years old, what exactly are you planning to do once they're 25 and living on their own? Stare at each other with your arms crossed until one of you croaks? Although that outlook might seem glum, it's very rare that a marriage survives years of resentment and then is magically fixed by a few counseling sessions once your kids grow up. Thinking about the future is important, and it's kind of hard to do that when you're not in love with someone you planned on spending the rest of your life with.

As a kid who moved out of the house years ago, I still talk to both my parents regularly. Although they don't always realize they're doing it, a snub here and there will sneak in about the other one that I really don't need to hear for the 90th time. It was very easy to tell that my parents' dissatisfaction reached its height when they had no one else living with them. With all of the children officially moved out of the house, there was nothing to distract them from how unhappy they were.

5. Being around parents who are happily married can be really depressing and confusing for your children.

I remember going to my friend's house in middle school and feeling very confused because her parents were watching a movie together, holding hands. Seriously, I had never once seen something like that going on under my roof and gaped at them as if they were part of a foreign alien species. Although it was beneficial for me to see what a healthy marriage actually looked like, it also made me incredibly jealous. And the worst part? My friend informed me that's totally normal behavior for her parents. I constantly wondered why my parents couldn't act that way and always wondered if I was, in fact, the reason for my parents' behavior. Now that I'm grown and engaged, I realize I am not.

6. Kids should really see their parents being affectionate toward each other.

Full disclosure: I grew up in a pretty traditional Irish Catholic household, and we're not exactly known for having a wide emotional spectrum. For my family, emotions were a sign of weakness, and that included showing any type affection, and that's really a bad thing. Not seeing my parents so much as touch each other on the shoulder, let alone hug or kiss, took a toll on me and made my first few relationships a little challenging. Obviously, I'm not proposing that parents make out in front of their kids, but expressing your feelings for each other is an important part of a healthy relationship, and your kids need to see that.

Long story short, while there are many reasons that parents choose to stick together even though they've fallen hopelessly out of love, don't make your kids one of them. You owe it to your children to be the best parent you can be, and that starts with being happy, whether you're in a relationship or rearing your kiddos as a single parent.