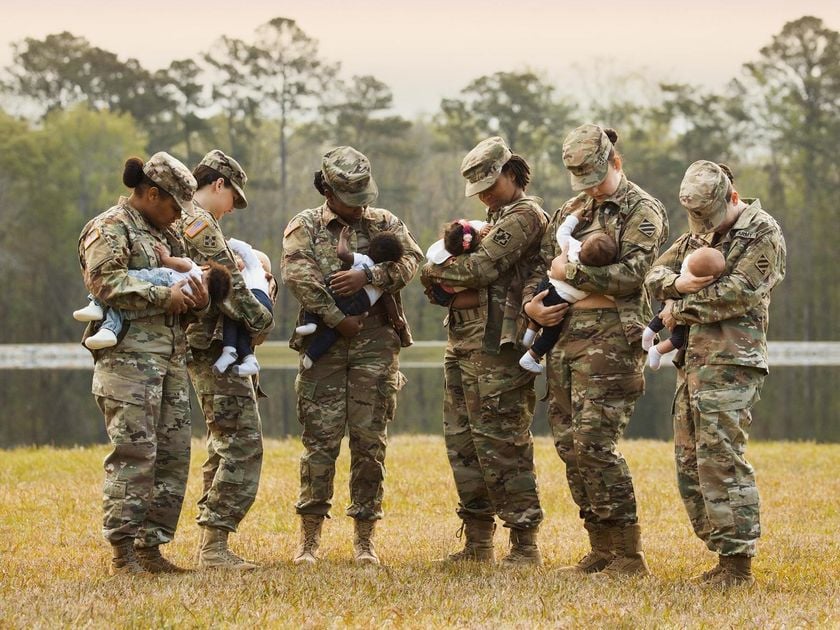 "I was honored to be able to reshoot the breastfeeding image of U.S. Army Soldier moms in their uniforms," she wrote in the caption for the image on Facebook. "Today's session was . . . a blast. It's so amazing to be able to sit and talk with these moms after, learning of their struggles and success moments with being an active-duty soldier, a mother and a breastfeeding mom on top of it all. These women work so very hard – above and beyond to make sure that they can provide for their littles."

Related:
In Honor of 9/11, This Photographer Shared a Touching Photo of a Breastfeeding Marine

As for what prompted the new photo, it all came down to the military's recently updated uniform design. "We re-created the image because the army has updated their everyday uniform to this one, and I felt like it was time to have a current image," she told POPSUGAR.

The original image, which was shared across the globe, helped to normalize breastfeeding in some of the strictest, most male-dominated industries, and this one will likely prove to be equally as powerful. 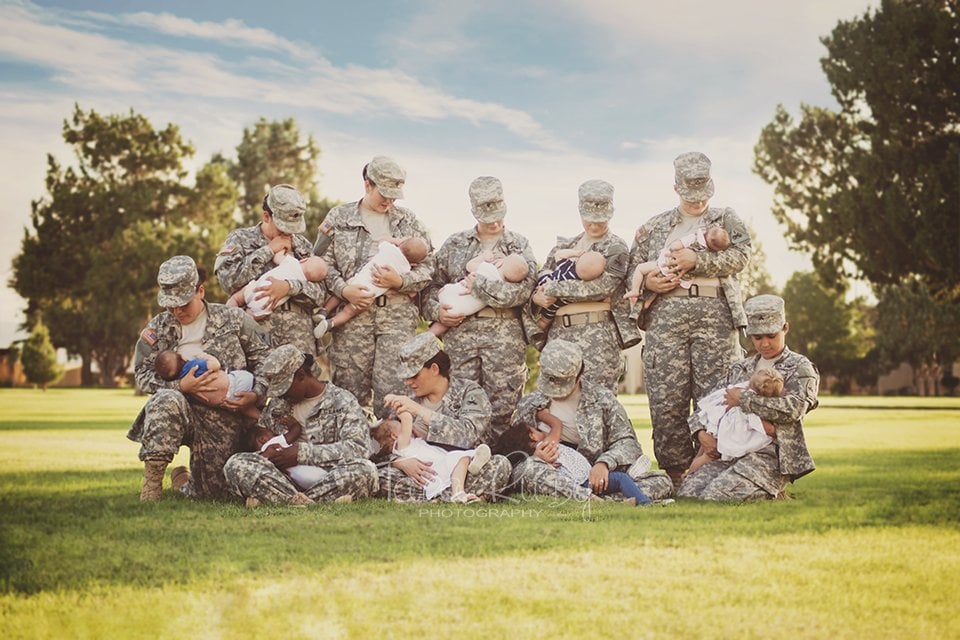 Furthermore, this image likely won't be the last one she orchestrates. Ruby is planning to travel in the coming months to capture similar images with other military branches. As she said of the subject matter: "This will never grow old for me!"