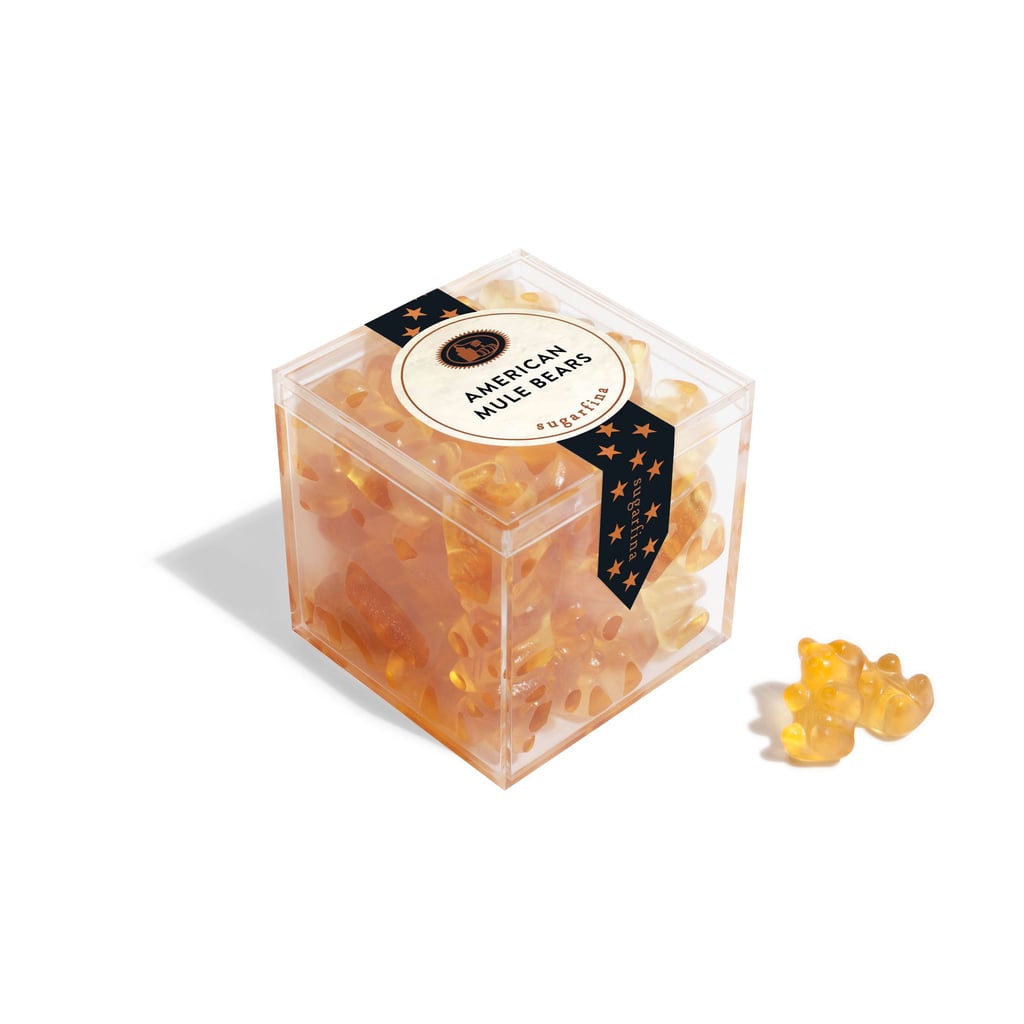 These "American Mule" Gummies Are Made With Real Vodka — and You Can Buy Them Online!

Happy hour just got a whole lot sweeter, y'all. California-based candy boutique Sugarfina — the source of those Rosé gummy bears that took over the whole entire planet two years ago — just launched another line of boozy treats, this time with Tito's Vodka. Can we get a "hell yeah"?

The Sugarfina x Tito's Vodka collection includes Tito's American Mule Bears (moscow mule-inspired gummies infused with vodka), Tito's Vodka Cordials (spherical chocolates filled with an actual shot of vodka), and Martini Olive Almonds (which don't contain any alcohol but which are still super adorable). The cordials have a maximum of five percent alcohol by volume, so yes, you just might get a slight buzz if you eat a whole cubeful of them in one sitting. Talk about the snack of our freakin' dreams.

This isn't the first time Sugarfina has introduced a partnership with a prominent liquor brand, as the trendy candy company released a glorious line of goodies infused with Casamigos Tequila last September. Read ahead to see (and shop!) the mouthwatering Tito's-injected candies. It's 5 o'clock somewhere, am I right?

Food News
Is the Social Omnivore Lifestyle For You?
by Kalea Martín 3 days ago