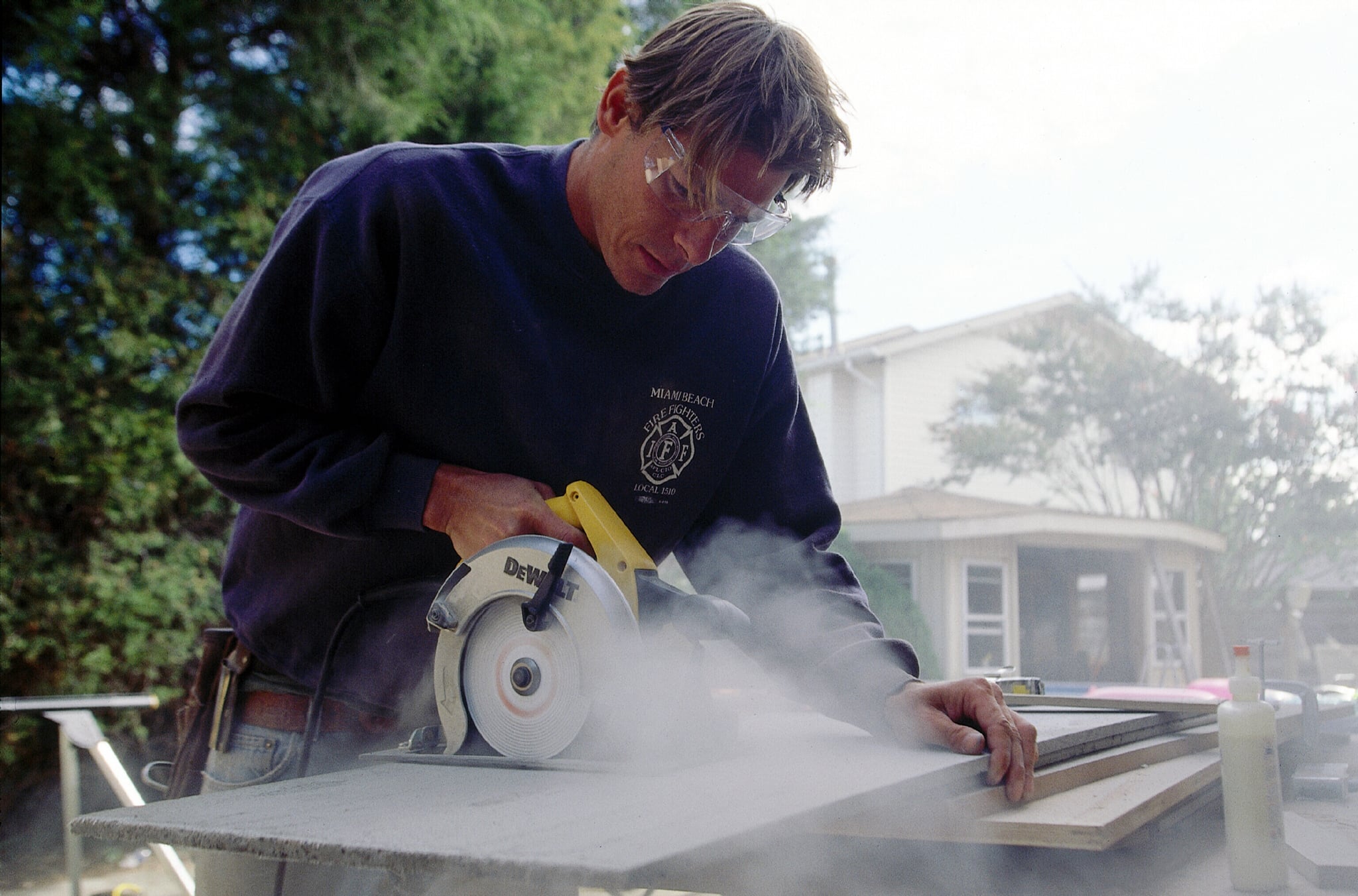 Update: TLC's Trading Spaces reboot finally has a premiere date! The show will return on Saturday, April 7, at 9 p.m. EST, according to the Trading Spaces Facebook page. Before the new premiere, TLC will air a reunion special at 8 p.m. Mark your calendars!

Original story: The countdown to the return of TLC's Trading Spaces is officially on, and we have new reasons to get excited about it! The early 2000s show was known for its not-so-happy endings and hilarious homeowner reactions during the big reveals, and the producers can confirm viewers are going to get more of the same drama this time around. "Not every episode has a happy ending," TLC's executive vice president of development and production, Howard Lee, said in an interview with TV Guide. It sounds entertaining already.

As for the hosts, you'll see the same familiar faces. Both Paige Davis and Ty Pennington are returning, so get ready to see them back in action. The carpenter is featured on a recent cover of TV Guide and shared a photo of the issue on Instagram, writing, "We're back!"

All in all, not much will be different about the reboot, even though the show is returning to TV a whole decade later. Remember the $1,000 per room budget? That's only been increased to $2,000, a refreshingly realistic number compared to the lofty budgets that have become the norm on other home-renovation shows. Howard Lee expanded on that, saying, "Viewers have become so accustomed to seeing designs done for $50,000 or $100,000. I think this will be inspiring."

With Ty Pennington's hint about the same old-school charm of the show, we can't wait to feel a wave of nostalgia as we tune back in this Spring. "Most shows now are all reveals of white and beige rooms with a ton of candles and the homeowners loving it," he said. "With us, there's always that question mark."

Channing Tatum
Channing Tatum Will Return For a New Magic Mike Movie on HBO Max!
by Perri Konecky 15 hours ago