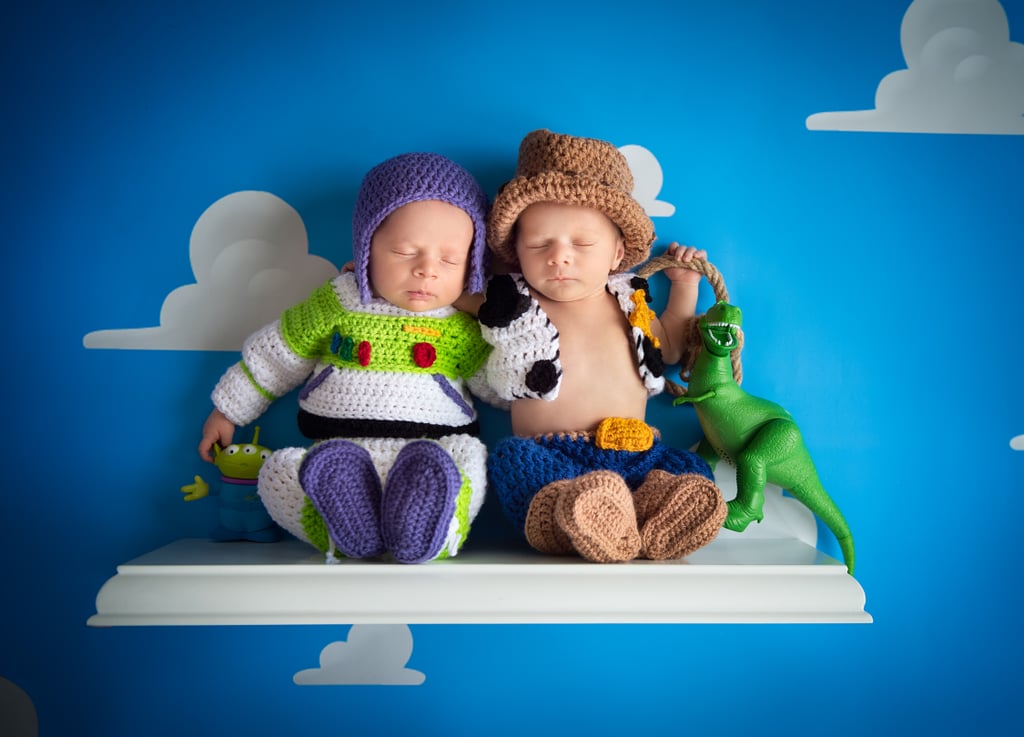 "You've Got a Friend in Me" just got new meaning thanks to a sweet Toy Story newborn photo featuring twin boys dressed as Buzz Lightyear and Woody. In adorable crocheted outfits made by The Yarn Mermaid, the boys were posed on a "toy shelf" along with Rex, and they're the freaking cutest toys we've ever seen!

The photo of the twins was captured by Karen Hourscht of Belly Beautiful Portraits, and due to Toy Story 4's recent release — and the general popularity of the franchise — she's photographed quite a few babies within the theme (including a 1-year-old's darling cake smash photo!).

Scroll through to see a few of the other adorable Woodys and Buzzes she's snapped photos of!

Related:
This Photographer Did a Newborn Shoot With a Baby French Bulldog, and MY HEART
Previous Next Start Slideshow
PhotographyNewbornToy StoryTwins 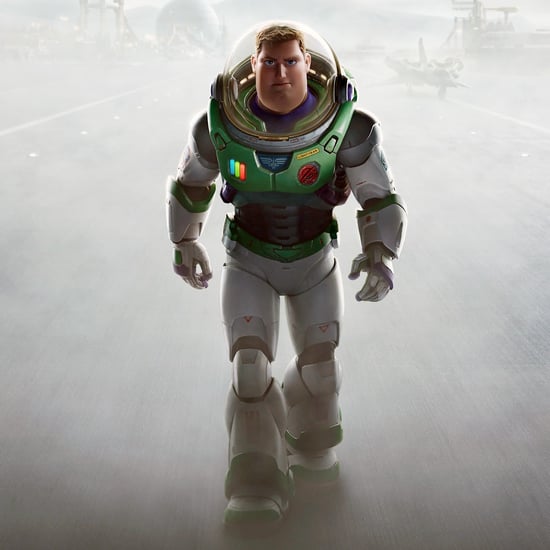 Chris Evans
The Story Behind "Lightyear," Explained
by Michele Mendez 6/22