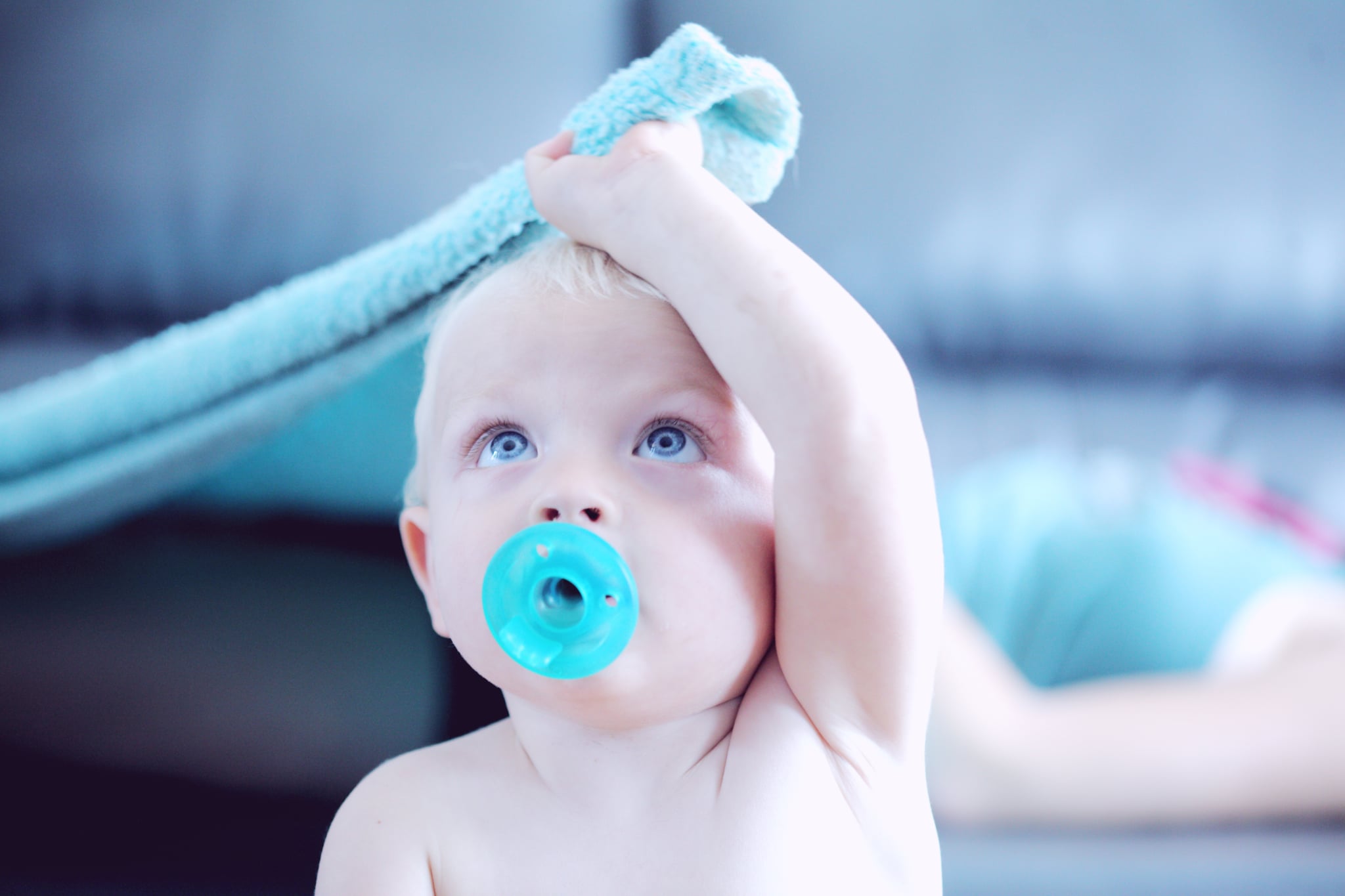 When I was pregnant with my first child, I had all kinds of ideas and goals when it came to pacifiers. The majority of the blogs I read discouraged pacifier use early on if you plan to breastfeed. I read that many lactation experts express concern that pacifiers could make breastfeeding more difficult if introduced before a baby was consistently nursing, since they can lead to a poor latch. Since I wanted to give breastfeeding the best shot I could, I planned on avoiding pacifiers until my baby was at least 1 month old.

Related:
5 Tips to Help With One of Parenting's Most Dreaded Struggles: Taking the Pacifier Away

When we came home from the hospital, I was lucky he was in good health and doing everything an infant should do. He cried frequently, but not any more than was expected for a baby who was a few days old. What was interesting was his ability to find his thumb and pop it in his mouth within the first week of us taking him home. It became clear very early on a pacifier would probably be a good tool for calming him down and helping him sleep. As he took to breastfeeding, and I got more comfortable in my role as a mom, I decided it was time to introduce a pacifier when he was upset and see if it was something he was interested in.

The first time I put a pacifier in my baby's mouth, he had been screaming at the top of his lungs for five minutes. And as soon as he closed his mouth around the edges, a complete sense of calm came over him. He immediately stopped crying and nestled up in my arms for cuddle time, happy and relaxed. After that, my husband and I never looked back. We made sure a pacifier was always within arm's reach and purchased extra for the car, diaper bag, and basement. Once we had dealt with hunger, burping, and a fresh diaper, the pacifier became our next go-to if he was being fussy or seemed unsettled: 90 percent of the time it did the trick.

Nap times and bedtime were no different. When it came time to go to sleep, he always had pacifier in his mouth and routinely woke up if he spit it out. For the first four months, he slept in a Pack 'n Play right next to our bed and I could easily pop it back in if he started whimpering or crying over the lost binky. When we transitioned him into his own room, I knew it would be more difficult to manually put a pacifier back in his mouth every time he spit out. An infant sleep blog suggested purchasing a bunch of extra pacifiers and strategically placing them in the crib around your sleeping baby, so they can find one and reinsert it themselves overnight. The idea of no longer having to replace a lost pacifier four to five times a night was too good to pass up.

Related:
The Important Reason You Should Give a Newborn a Pacifier

My husband and I quickly bought 20 glow-in-the-dark pacifiers from Amazon for our son's bedroom and laid them out in his crib right before bedtime. It only took him a few days to recognize there was always a pacifier within his reach. Now, at 6 months old, he's able to grab one and place it back in his mouth when he wakes up at night. Within seconds he's fast asleep, without anyone needing to get up from bed. When the time comes to say goodbye to his binky, I'm sure it will be a tough road. But for now, when you visit my house, don't be surprised to see a pacifier in every room and on every counter, because they're making my life so much easier.