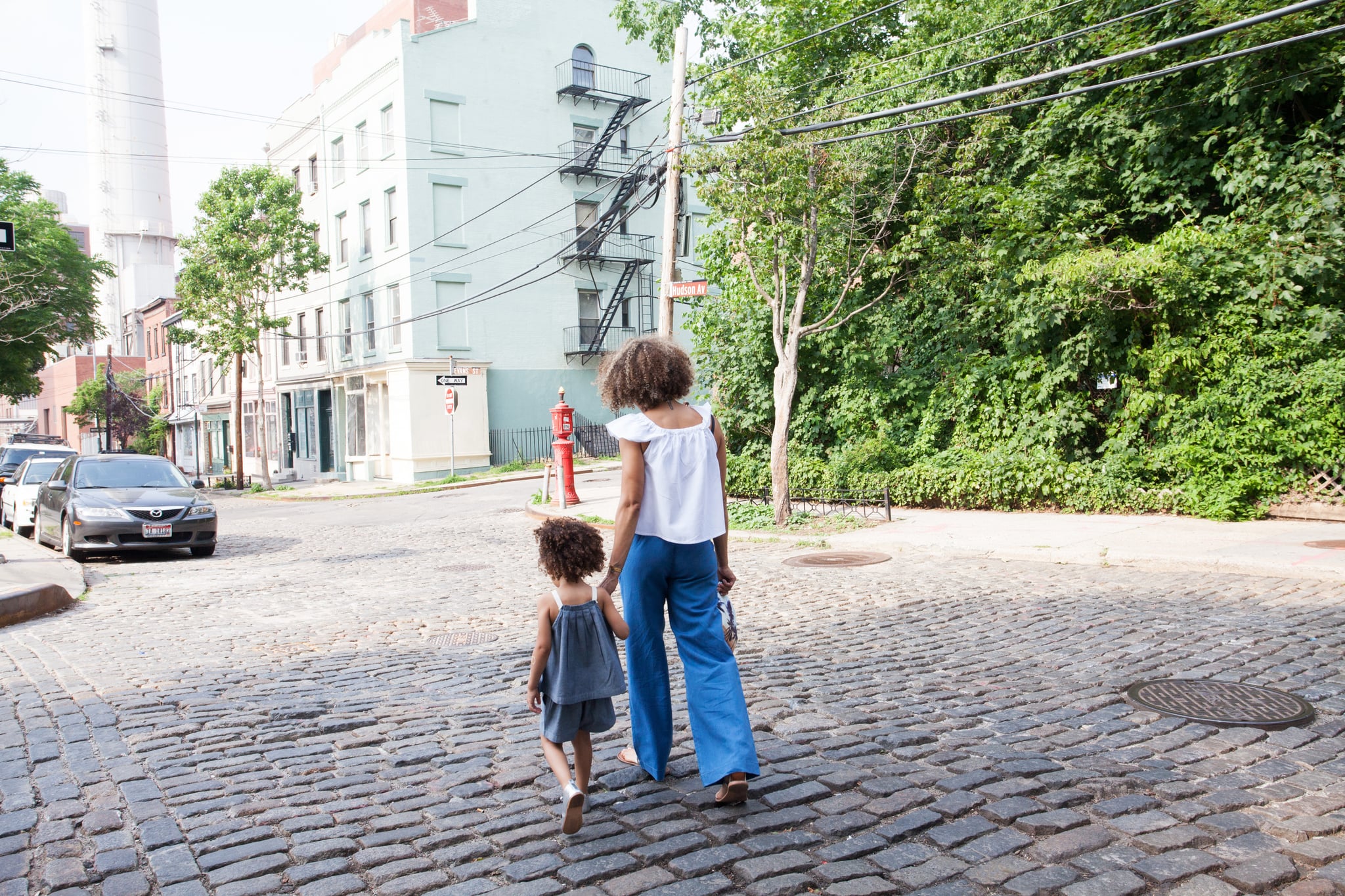 My daughter scored a goal in her recent hockey game, and after her initial reaction of jumping up in the air to celebrate, she took her gloved hand and pointed at me in the stands. I cried. I know it sounds like a dramatic reaction for a mom to have, but our story is different and more complex than most.

For years, I was everything a mother should not be — I was unreliable and untrustworthy, I broke promises and lied, and I didn't provide my daughter with the emotional and physical safety every child deserves. I'm an alcoholic. For the first few years of her life, I was high-functioning and managed to be an OK mom, but when she was about 6 years old, my alcoholism spiraled out of control, and she quickly learned not to trust to me. She was forced to grow up too fast, and she slowly built up an emotional wall to keep me out and protect herself from the constant fear, disappointment, and anxiety my behavior caused.

I left scars that weren't easily healed. She found a way, in her own 10-year-old words, to say to me, "Mom, I'm still scared and anxious."

When my daughter was 10, I got sober. I attended rehab for six months, and when I emerged as a new and improved version of myself, I expected our relationship to immediately be healed. I expected praise from her for my months of sobriety. I was ready for girl talk and laughter and hugs and kisses, and when I didn't get that right away, I was shocked and felt rejected. Slowly but surely, my awareness grew, and I was able to put my ego aside. I started to tune into the damage I had caused. I realized my drinking left scars that weren't easily healed. She found a way, in her own 10-year-old words, to say to me, "Mom, I'm still scared and anxious." I had to let her say whatever she needed to, as often as she needed to. It was my job to listen, and it was part of her healing, which then became part of our healing.

The road was long, and it required patience, empathy, and understanding. I learned a new selflessness from watching my beautiful, brave daughter heal in her own time. I watched her friends hug their moms, while she would pull away at my touch. I watched her run to her dad with good news, while I found out after the fact. I was jealous. I wanted something I hadn't earned. I wanted something to make me feel better about being crappy in the first place. But I had to trust — trust time and trust my daughter. She gave me faith that our journey was progressing exactly as it should.

Related:
I Have Bipolar Disorder, and Here's How I Talk to My Kids About Mental Health

The lessons I've learned from my daughter are priceless. She has taught me what forgiveness and unconditional love are through her actions. She saw the best in me when there was nothing good to see, and she never gave up on me. She loved me from a distance for a while, but she never threw in the towel. She taught me that superhero strength comes in small packages, and she continues to teach me how to love. But perhaps the most important lesson is that good things come to those who wait. Because we've been working at our relationship for over four years and didn't have it magically reappear the second I stopped drinking, our bond is so much more special and rewarding. We earned it, and we didn't put an expiration date on our healing.

I've been sober for over four years now, and my daughter is almost 15. I thank God every day for my sobriety and for my daughter's renewed love and trust in me. Giving her the time and space she needed was the best thing I could do for her. And now I constantly shed tears of gratitude at the simplest of things from her: a Snapchat after school, the way her eyes searched for me after her accomplishment on the ice, an accepted hug, or an unexpected "I love you." These signs of affection that were once suppressed by fear and resentment were well worth the wait. They're proof that time and love slowly do heal wounds — hers, mine, and ours.