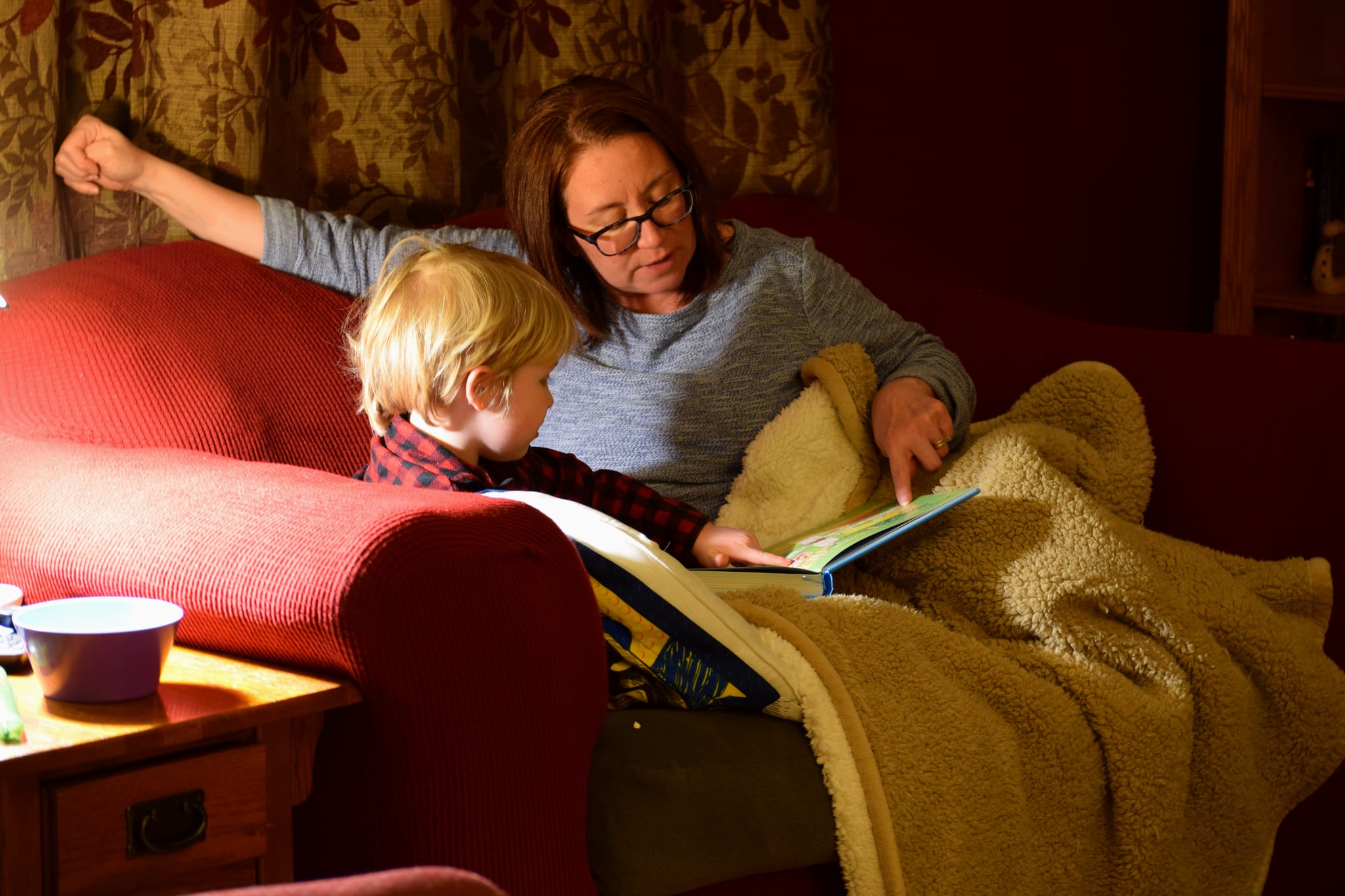 For the past 16 months, I've been studying the world through the eyes of my grandson. Every Wednesday, he and I take on the world one little step at a time, and, I've got to say, the world looks pretty incredible from his pure perspective.

While I used to think a ball is something you just bounce, to him, it's something to be studied carefully, thrown to someone special, and brought on every little adventure around the house and in the backyard. It's a magical thing with endless possibilities. And while I'm used to passing other humans on the street and in the store, to him, they are all meant to be acknowledged, stared at, smiled at, waved at, and — sweetest of all — blown kisses to.

He reminds me weekly what life is really about — living it. Small inconveniences and daily stresses melt away, and I get to be a kid again.

Yesterday, as he and I sat at an outside table at Whole Foods sharing a snack, he struck up a conversation (if muttering one-syllable sounds count) with a man across from us. He saw cars going by, looked at the man, did his sign for cars, and said "vroom" with a smile. The man understood him fully, and they "discussed" the cars at great length. When he got up to leave, the man said, "Best lunch break I've had in a while." I couldn't have agreed more.

Related:
My Grandma Was My Maid of Honor, and It Set the Tone For My Whole Wedding

Life on a good day can be rough, and if it takes someone who's been on the earth fewer than 600 days to show me the beautiful side of things, I'm going to grab at it with everything I have. My grandson has taught me the full wonder of being outdoors again. Dirt is an endless source of fascination, and sometimes (if I'm not quick enough), something to shove into his mouth. Birds can never be caught. Front yards vary in design and are always worth exploring. And the sounds of outside are never-ending. Like him, I now feel the simple joys of everything around me that I haven't felt since I was a child.

When he sits in my lap as I read, I struggle to focus on the words because he smells so heavenly; a mixture of joy tossed with a hint of new baby. He brings color to the black-and-white pages. Boats, people, dogs — everything has a sound, everyone has a story, and every word is new. We roll on the floor, chase toy cars down the hallway, eat when we're hungry, and nap with the sense of a morning well-played. And then we'll start everything all over again a few hours later. Being with him is bliss.

Related:
I Started Sending My Kids to "Grandma Camp" at 2 Years Old, and It's Been Life-Changing

And as a grandma, I have the freedom of not worrying about his homework, cleaning the house, prepping dinner, or waking up with him in the middle of the night. My biggest Wednesday decisions are deciding what park we should play at, if the weather's nice enough to go to the zoo, and if I should let him play with his new toy now or later. I appreciate this part of my life so much, because so many years were (and still are) regimented and controlled by work and other adult responsibilities.

He reminds me weekly what life is really about — living it. It's about watching him splash me with water and daring me not to laugh, hearing him ask me for just a few more pushes on the swing at the park, and feeling him grab my face to plant a sweet kiss on my nose. Small inconveniences and daily stresses melt away, and I get to be a kid again. My grandson fills my life with so much love and happiness, and I know our special bond is just getting started.