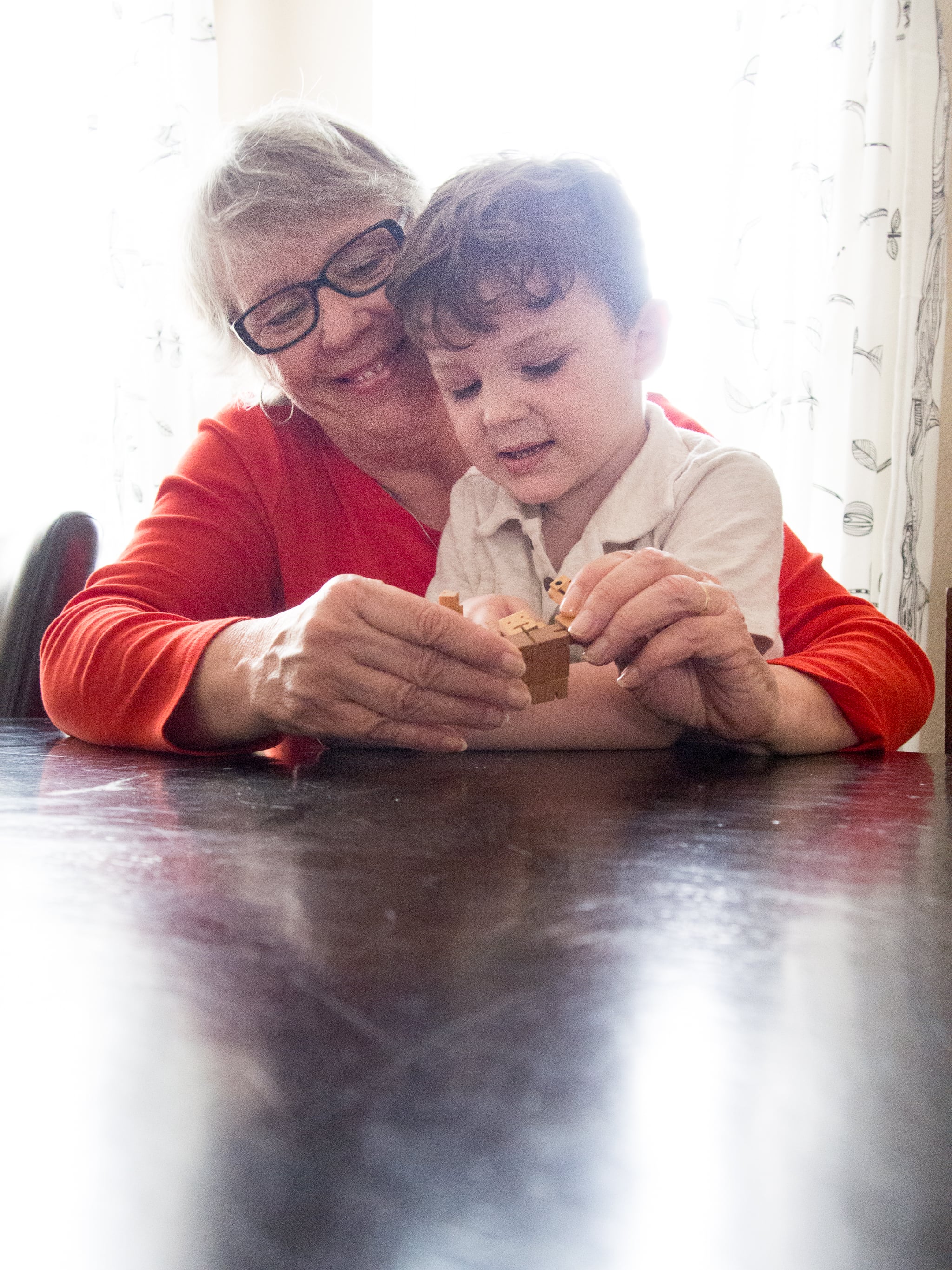 "Can I puh-lease call Gaga?" my almost-7-year-old daughter asked me this morning at 7:15, 10 minutes before her bus was due to arrive. If this were an isolated incident, I'd definitely agree to a quick call, feeling happy that my daughter and my mother (who also happens to be my best friend) have formed such a tight bond.

Instead, I was just annoyed, mostly because this was the fourth time in the last 24 hours my daughter had made the same request, and that wasn't counting the handful of times she swiped my phone and called her grandmother without asking.

I get that my mom's just trying to help, but it would be nice to feel like my rules are being respected and adhered to.

"Let's give Grandma a break, honey," I replied. "We can call her after school." Then the waterworks started, and because it was 7:15 in the morning and I hadn't had time to make coffee yet, I relented, figuring the phone call was the lesser of two evils and allowing it was the best way to stick to my survivalist parenting philosophy.

They spoke for a few minutes in hushed, loving tones (I could hear both sides of the conversation because my daughter thinks my phone only works on speaker mode) before I forced them off the phone so my daughter wouldn't miss the bus. After I got her out the door, I called my mom back. "I'm sorry she's being so obsessive about calling you," I said. "Oh, I love it," my mom replied. "Please let her call me as much as she wants."

Related:
Why Having a Daughter After 3 Boys Didn't Make My Family Complete

And herein lies the problem. As crazy about my mother as my daughter is, my mother is equally nuts about her. In theory, it sounds like a good problem to have, but in reality, it feels like some invisible boundary is being crossed. It's like my daughter and my mother (who is known to spoil my kids rotten) have placed themselves on one side of that boundary, while I am ensconced on the opposite side. And that side is the "mean Mommy" zone.

I can't tell you how many times my daughter has pitted my own mother against me. We'll all be together for a short visit or a longer vacation, and she'll decide she wants the third ice cream cone or more screen time that I've already said no to. So she'll throw a fit and run to Grandma, who then tries to negotiate a deal between the two of us. What if she just has half an ice cream scoop? Or just 10 more minutes of screen time?

I get that my mom's just trying to help, and really, who wants to see their grandchild upset? But it would be nice to feel like my rules are being respected and adhered to, even when the elder generation is in the building. I am, after all, the mother, and shouldn't what I say go? Of course, my daughter would say no, especially when my rules aren't in line with what she wants, and she knows Grandma's rules are made explicitly to please her only granddaughter.

Next week, the three of us — mom, daughter, and grandma — are going on a girls' trip to the beach for a long weekend. It's the third year we've gone, and I'm sure that once again, I'll feel a bit like the third wheel on their doting, cuddle-filled vacation. There will be multiple times when I'll have to choose whether to put my foot down (and deal with the conflict it will create) or be swayed by my mother's insistence that giving my kid "one more" of whatever she currently wants is a better, kinder choice.

Looking on the bright side, however, at least my daughter's preference for her grandmother means I can take a break from being the one who's always in charge. Let Grandma take the lead. I'll be reading my book. And sure, have all the ice cream cones you want.

Relationships
I Lived With My Ex After We Broke Up, and It's One of My Biggest Regrets
by Lexi Inks 19 hours ago