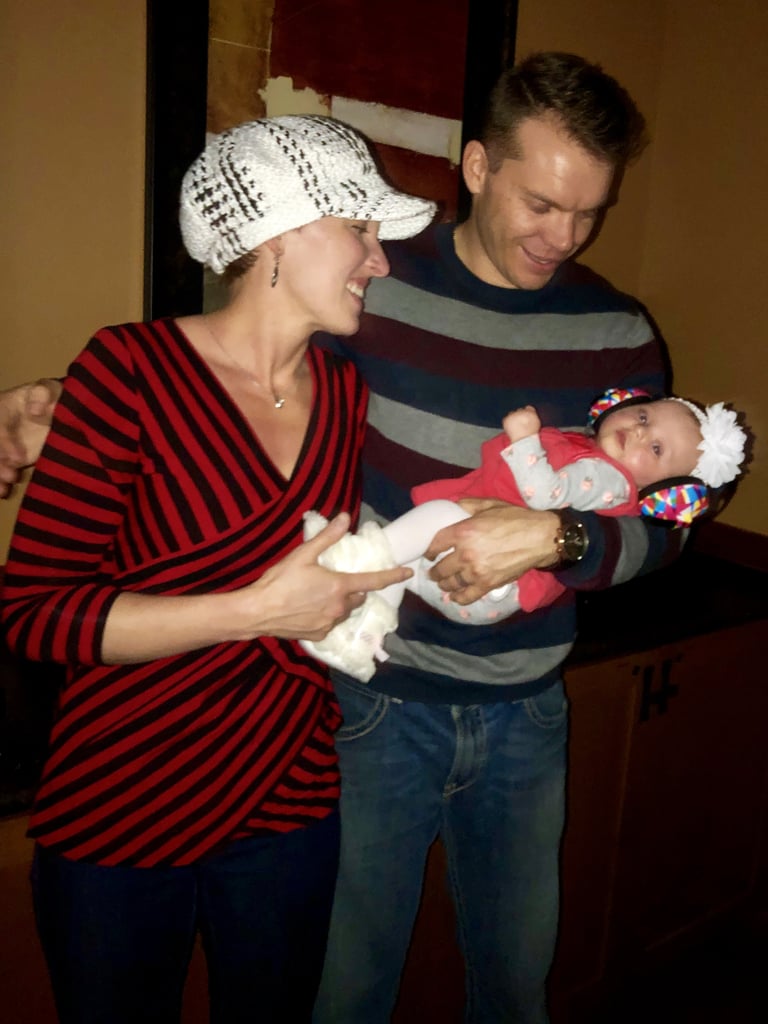 Lauren Perfors — a 33-year-old woman from Denver — was overjoyed when she found out she was pregnant with her first child. After buying the fixer-upper of her dreams with her husband Steve, the couple was ready to start their family. But things took a frightening turn when Lauren was diagnosed with breast cancer a week after discovering she was pregnant. In the Facebook Watch series 9 Months With Courteney Cox, viewers go through the Perfors' journey with them, and you should expect a massive amount of tears.

"I think I was really overwhelmed," Lauren told POPSUGAR. "And I think throughout the whole process, that period right after I got diagnosed but before I had a plan of action of how to go about it, was the time that I was scared. It was probably the only time that I was really scared. I had no idea what was going to happen."

"I just put my head down and took it day by day, hour by hour, and figure out ways to get through it."

Fortunately, Lauren and her doctors came up with a treatment plan. After undergoing a mastectomy, the soon-to-be mom completed three months of chemotherapy before taking a break. Because Taxol — the drug used in the second round of chemo — hasn't been tested enough to be declared safe for babies, Lauren opted to put the rest of her treatment off until their daughter was born.

While that decision was challenging enough — the cancer had potential to spread during the break — she wanted to do what was best for her unborn child. Understandably, the uncertainty weighed on her husband Steve. He was stuck somewhere in between being blindingly terrified and excited. The feeling of helplessness was often overwhelming.

"It's hard to find a support system. In fact, I would say impossible to a certain extent because there are very few people that are going through cancer and pregnancy at the same time," explained Steve. "Nobody writes a book for what happens when you wake up and you find out that your wife is bald, lopsided, and pregnant. I think to a certain extent I just put my head down and took it day by day, hour by hour, and figure out ways to get through it."

Related:
This Mom Battled Breast Cancer While Pregnant and Her Powerful Photos Will Inspire You
Previous Next Start Slideshow
BabiesPregnancyMotherhood9 Months With Courteney CoxCancer