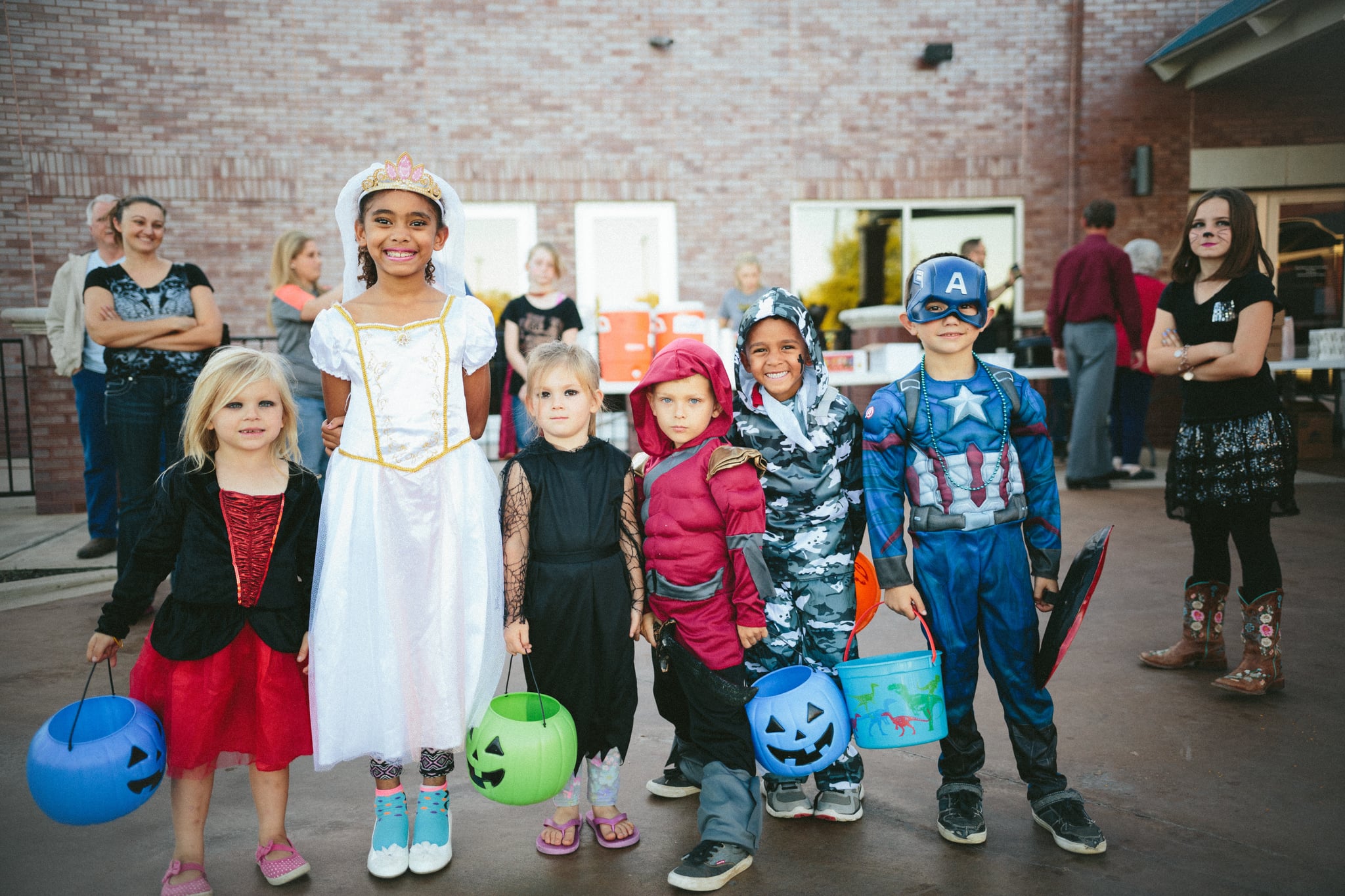 A plethora of comfy sweaters, pumpkins everywhere, and the debate over whether or not candy corn is the best or the dessert of the devil (team candy corn over here) are just a few of the things you can expect to see every Fall. And if people aren't debating about very serious candy rankings, they're probably talking about what age kids should stop trick-or-treating.

There's no right or scientific answer for when a child should stop trick-or-treating. It's up to the child to determine when they want to ditch the costumes and try something else.

I get that some adults are annoyed by older kids ringing their doorbell and asking for candy. The holiday is a chance for young children to dress up and use their imaginations, which gives a special magic to Halloween. Older children, namely those in middle and high school, are clearly out of the realm of pretend, and therefore may feel somewhat out of place among the hoard of 5-year-olds running around dressed as Elmo. For many, it feels like the teens are taking the candy and innocent fun from the younger kids, and some cities agree with them. Teens also start to pay more attention to the "trick" aspect of trick-or-treating, causing mischief and playing pranks on unsuspecting neighbors.

Related:
10 Tips For Keeping Your Kids Safe on Halloween Night

In the Canadian town of Bathurst, New Brunswick, they banned teenagers over the age of 16 from dressing up and trick-or-treating. While they did this largely in response to pranks that were being pulled, by banning trick-or-treating, they were also sending a message that Halloween is only for younger children. Yet, as the law in New Brunswick demonstrates, the fear of older children trick-or-treating has less to do with keeping the holiday kid-focused and everything to do with policing mischievous behavior.

If a child, no matter their age, is respectful and in costume, I will always open my door for them on Halloween. It doesn't matter if they're three or 13, I'd rather have a group of teenagers trick-or-treating and having a good time than out causing trouble. As long as they still want to, you should feel totally OK with letting them get dressed up with their friends — even if it's just some silly face paint — walk around the neighborhood, and, yes, eat way too much candy. And if they don't want to (you'll probably hear a, "That's so lame, Mom!"), that's OK, too. There are so many other fun and spooky activities you can organize for your teen to enjoy on Halloween.

Related:
28 Family Costume Ideas So Good, Everyone Will Want to Dress Up This Halloween

At the end of the day, there's no right or scientific answer for when a child should stop trick-or-treating. While it usually happens naturally when they become a teenager, there's no official cutoff age (unless your town enforces one). It's up to the child to determine when they want to ditch the costumes and do something else. Until then, feel free to continue letting them have a little door-to-door fun.