Seth Meyers used his monologue on Monday's episode of Late Night to recount what happened the day before — namely that his wife ended up giving birth to the couple's second child, Axel Strahl, in the lobby of their apartment building. There's a good chance you won't believe a word of his incredible story, which seems stripped off a Hollywood rom-com script. And that's probably why he also offered up photographic evidence of what happened.

Although it began as a "totally normal Sunday," Seth recalled how his wife, Alexi Ashe, suddenly went into labor. Because her birth with first son Ashe was quick (Seth recalled, "We were really worried that she was going to give birth in the Uber" on their way to the hospital), they didn't waste any time. He again ordered an Uber, and as they were about to leave their apartment building, she stopped him:

"My wife just says, 'I can't get in the car. I'm going to have the baby right now. The baby is coming.' I'm just trying to calm her down...I'm like, 'Look, no,' because I've been through exactly one birth."

"I called 911 and over the course of a minute conversation, I said, 'We're about to have a baby; we're having a baby; we had a baby.'"

But, she was right — the baby was already out. So, instead of risking getting back in the elevator to go back up to their home, Alexi just hunkered down right on the lobby floor.

"I called 911 and over the course of a minute conversation, I said, 'We're about to have a baby; we're having a baby; we had a baby,'" Meyers said. "I went from someone calling in about an emergency to just sharing good news with a stranger."

In the moments that passed, an entire crew of firefighters arrived (and one even cut Axel's umbilical cord!), neighbors brought down blankets and warm towels to wrap the baby in before the EMTs arrived, and the doormen helped make sure no one saw too much ("my wife's legs were facing the elevators . . . thank God no one came down!"). 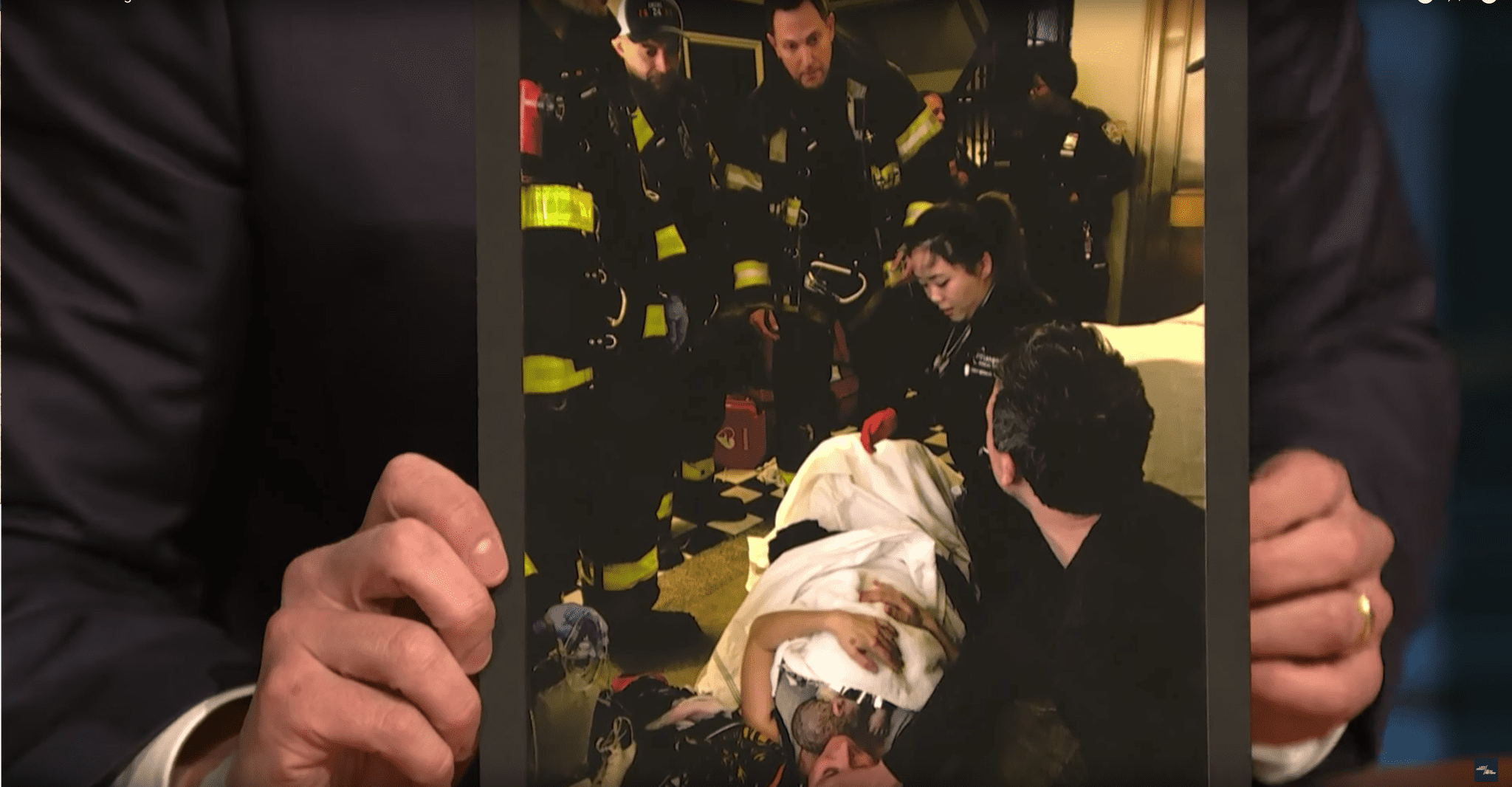 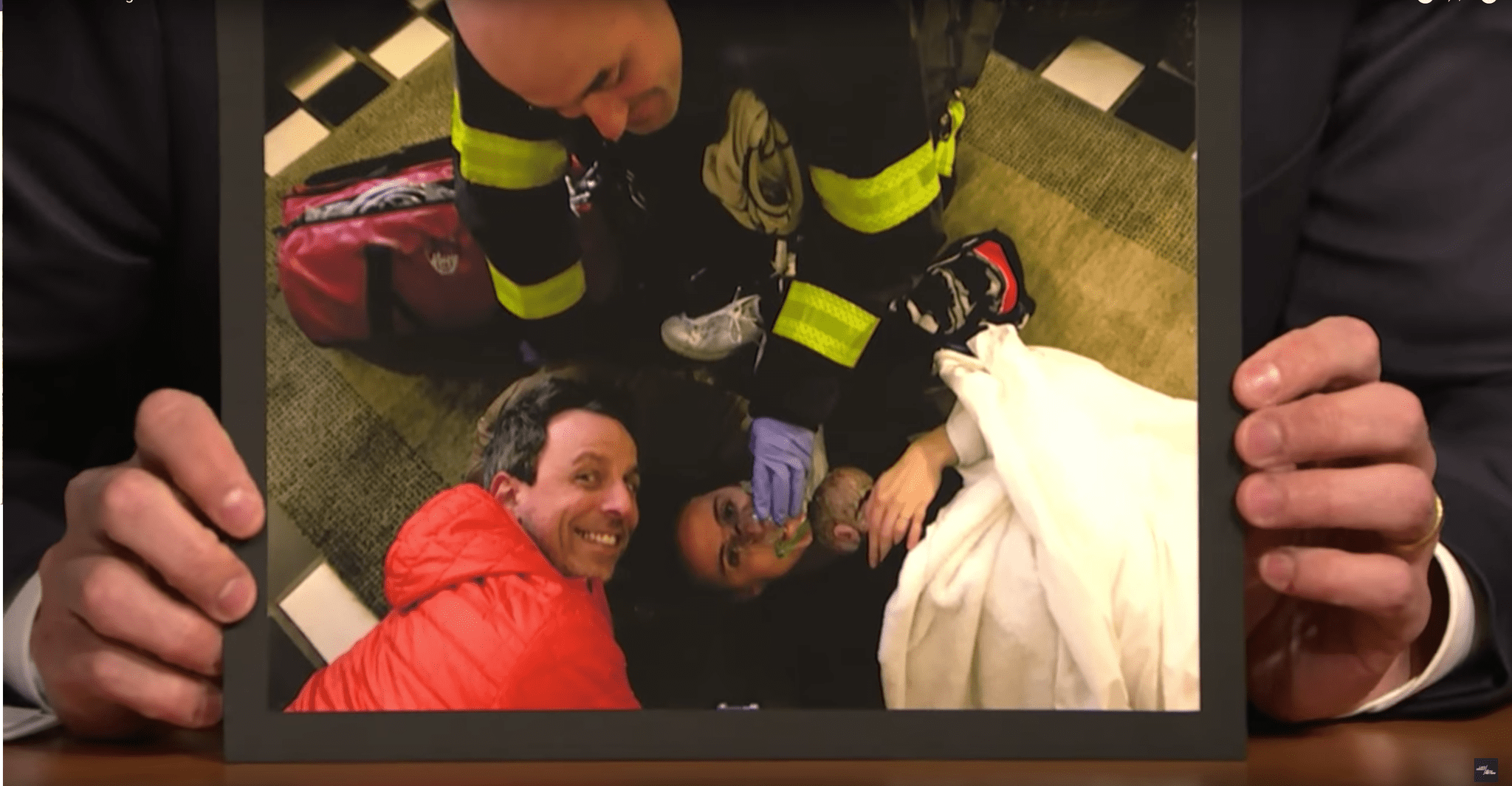 To prove that their newborn son's birth involved both the New York Police and Fire Departments, he showed the audience two photos from the scene. In one, Alexi and the baby are being placed on a stretcher by the EMT crew while Seth "knew to put my hand on her head," and in the other, she's getting an oxygen mask from a firefighter.

The only negative turn of events? Uber ended up charging Seth for the missed fare. "F*ck the Uber driver, who charged me," he joked. "Because we did you a huge favor!"

Congrats to Seth, but mostly to Alexi on a birth for the books! (Also, if you're planning on a third baby, you might want to consider moving to an apartment closer to the hospital.)