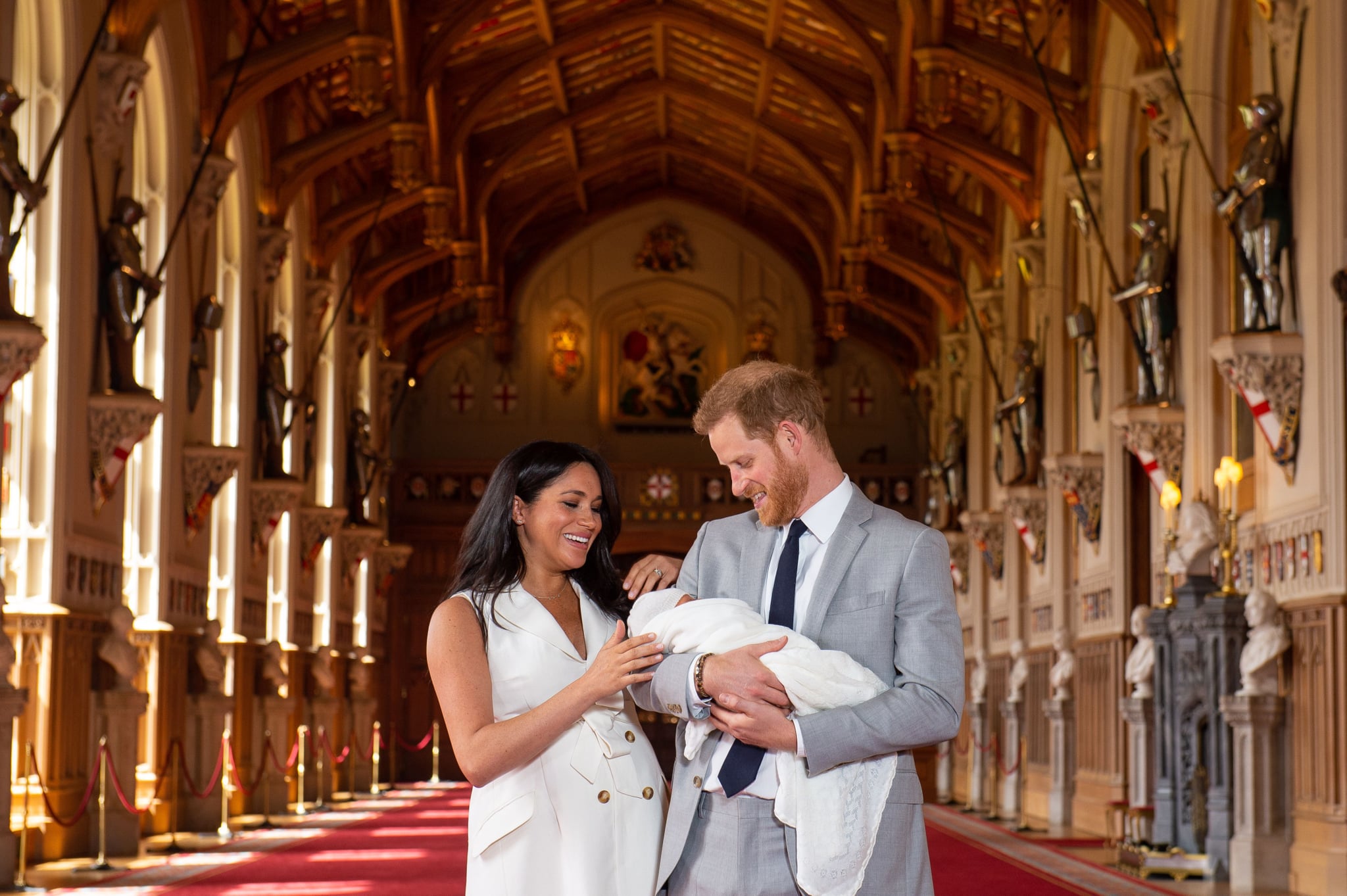 When news broke that the first photos of Meghan Markle, Prince Harry, and their newborn son had been revealed, it didn't take long — all of 30 seconds, in fact — for the general public to switch from oohing and aahing over baby Sussex to scratching their heads over Meghan's appearance.

"I still see a bump!" one person wrote on Twitter. "Why does she still look pregnant?" dozens more asked.

Related:
Why It Was So Damn Important That Prince Harry Was the One Holding Baby Sussex

I'd like to think — having birthed two babies myself and having, as part of my job, written countless stories about pregnancy, labor, and childbirth — that I was above the fray on this one. That I didn't immediately zoom from cute sleeping baby to new mom's midsection in two seconds flat. But I did, almost on instinct.

And there it was. Physical confirmation that Meghan, who had given birth two days prior, still looked . . . you guessed it . . . pregnant.

Are we relieved to see a sliver of reality depicted on a red carpet? Is it deeply satisfying to witness first-hand that even princesses maintain the not-so-subtle rump of a still-inflated uterus?

I personally had hoped that our perspectives would have changed following three other globally recognized royal baby births in the past decade, in which Kate Middleton unabashedly wore dresses that revealed still-present baby bumps following the arrivals of Prince George, Princess Charlotte, and Prince Louis just last year.

Or that the countless Instagram posts from "real women" sharing their "real postbaby bodies" — which include adult diapers and blood clots and chapped nipples — would have normalized this experience for us by now.

Or that basic logic would prevail. (Why should a woman who just stopped being pregnant not look pregnant? If you take a pan off the stove, is it not still hot?) 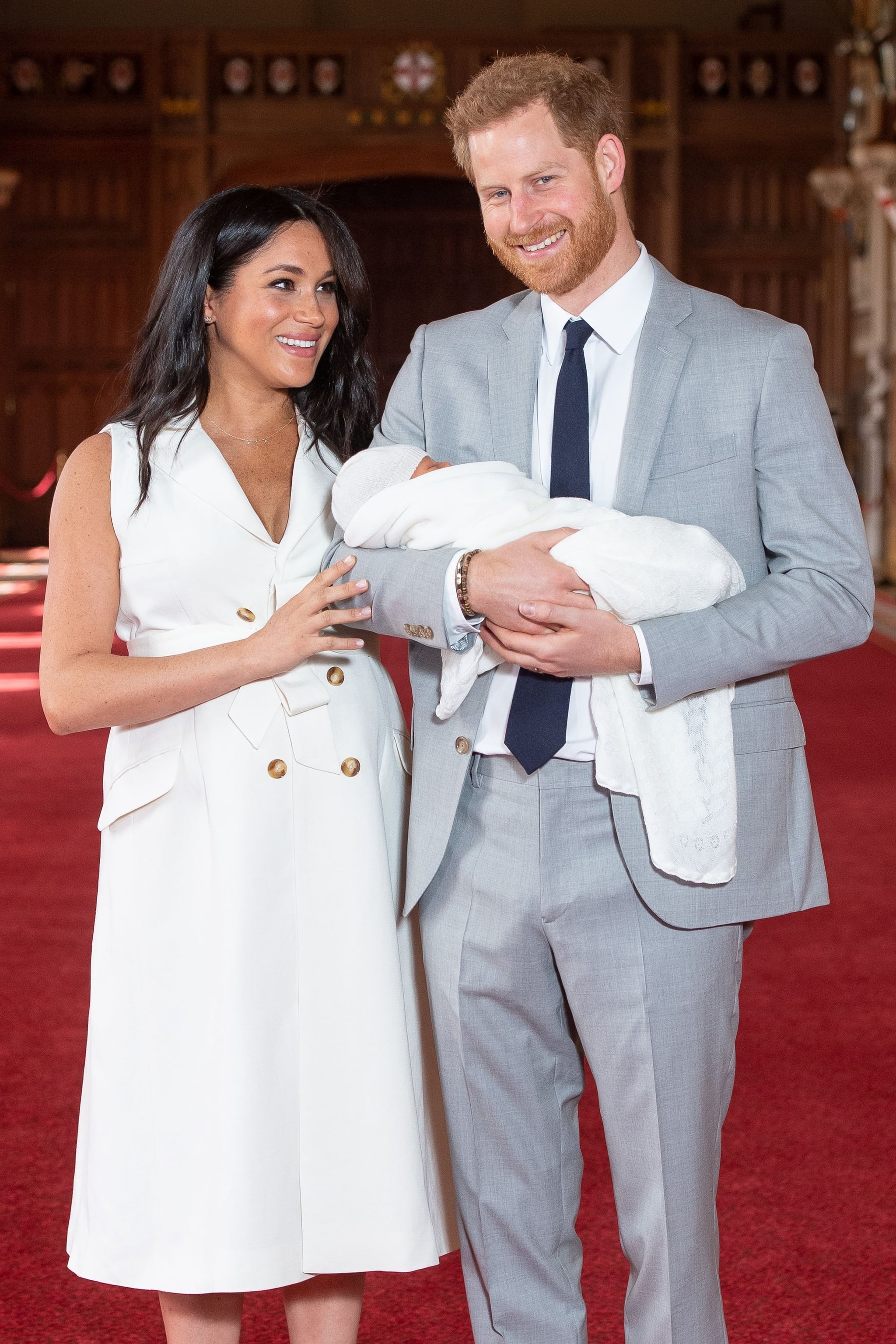 But here we all are yet again. Many of us are truly mystified at the biomechanics of it, but for those of us who've been there, done that? Are we relieved to see a sliver of reality depicted on a red carpet? Is it deeply satisfying to witness first-hand that even princesses maintain the not-so-subtle rump of a still-inflated uterus?

I'm willing to admit that we are and it is. I feel vindicated that a fellow mom is helping to disprove unrealistic beauty standards, and I bet you Meghan is on board with serving in such a role, too. Like her sister-in-law, Meghan could have opted to wear a loose gown that wouldn't draw attention to her frame. Instead, she went with a white, belted, knee-length dress that cinched her waist and dared us to peek. (Did we mention it was white? That's next-level confidence right there.)

At some point, however, this revelation must eventually lose its news value, no? For instance: maybe there was an ancient time in which cavemen whispered inquisitively about why women's bellies kept getting bigger for nearly a year until a baby popped out. And to that end, maybe in 150 years or so, enough medical explanations about uterine expansion and water weight and metabolism-prohibiting hormones will have finally sunk in, leaving us all completely unfazed when Prince George's son's daughter's wife debuts her postpartum figure outside St. Mary's Hospital.

Until then, we'll keep scanning women's bodies for answers that a quick WebMD search or common sense can provide: Meghan still looks pregnant because she just had a baby.