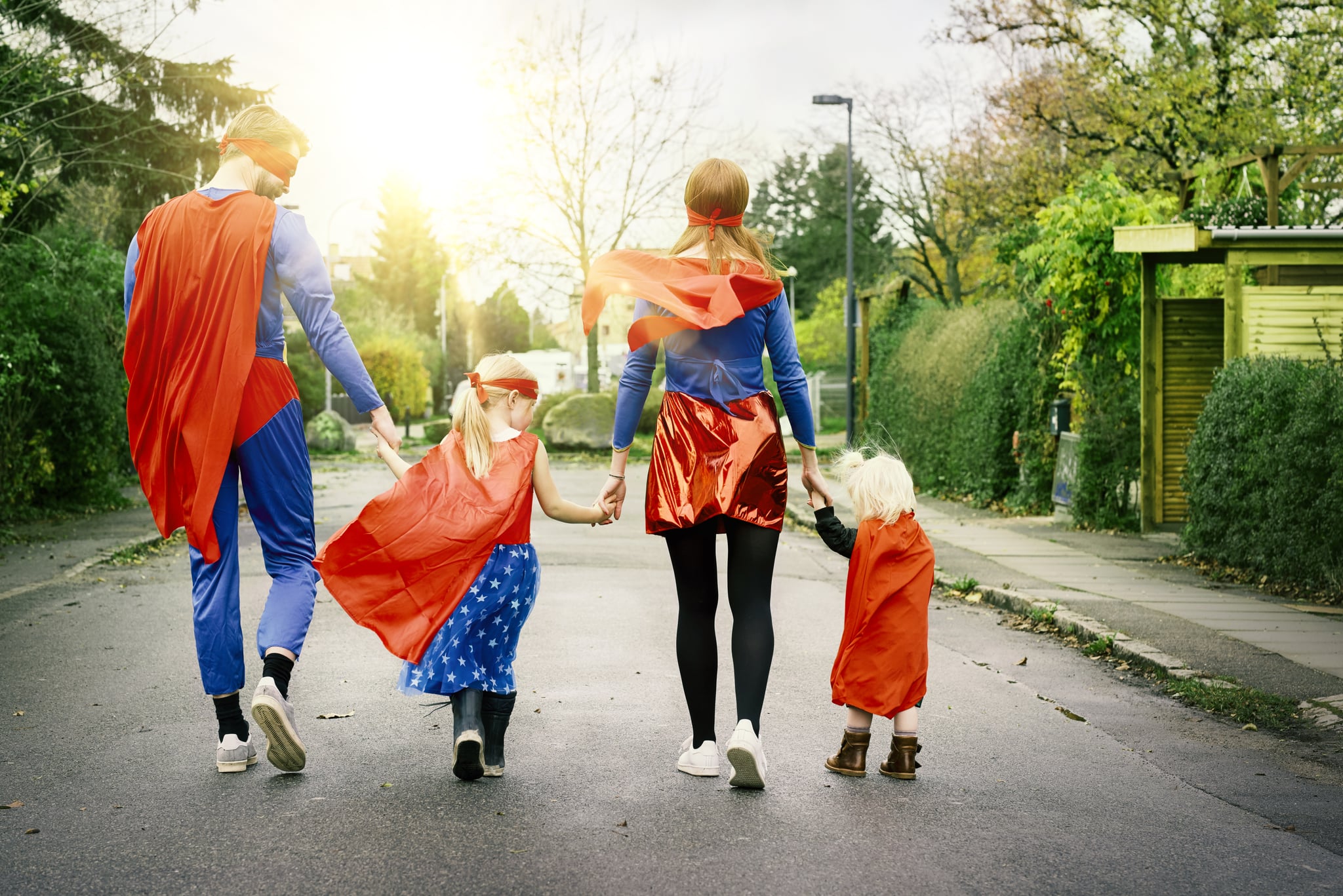 "Mom, we have the best idea for our Halloween costumes this year," my tiny darlings announced last week. Considering that this proclamation was coming at the end of Summer — 70-plus straight days of the kind of togetherness that was causing every at-home parent I know to question whether the softer days of the school year would return before their Sauvignon Blanc supplies went dry — I'll admit I was only half listening, my ability to give them my full attention having left me around the time the last of the fireworks hit the Fourth of July sky.

"That's great, guys," I replied, focused on scrolling through my Sephora app in an attempt to find a face mask that would reverse the new wrinkles they'd helped guide to my forehead over the last few months. They were undeterred by my lack of interest. "So I'm going to be Shaggy, and Teddy is going to be Scooby," my 5-year-old Scooby-Doo-loving son announced. I mentally tallied how much it was going to cost in dollars and sweat equity to turn our Golden Retriever into a spotted Great Dane.

Related:
Hate Halloween? 10 Just-as-Fun Things to Do Instead of Trick-or-Treating

"That's awesome, buddy," I said, hoping, for the dog's sake as much as my own, he'd forget this plan by October. Then my 8-year-old daughter chimed in. "And I'm going to be Velma, and Daddy's going to be Fred, and you're going to be Daphne. It's perfect because I have short hair, Fred is the leader of the group, and Daphne is in love with Fred."

My ears perked up, not just because I was clearly going to have to revisit our many conversations about gender politics and equality, but also because if there's one thing I hate more than systemic sexism designed as entertainment, it's a freaking Halloween costume.

Truth be told, I've never been a big Halloween fan, and besides my own mother's apathy about the holiday, I've never really been able to pinpoint why. Maybe it's the pressure to find the perfect costume. Maybe it was the many years throughout my teens and 20s that the perfect costume apparently also had to be "slutty." Yuck. Maybe it's all the hoopla that the holiday entails now that I have two school-age children, hoopla that seems to continue throughout the rest of Fall and straight into Christmas. Halloween is the beginning of the most wonderfully stressful time of year.

Related:
My Kids Are Too Young For Halloween, but I Bring Them Trick-or-Treating Anyway

Don't get me wrong, I love to look at other people's cute, coordinated costumes. Justin Timberlake and Jessica Biel kill it with little Silas every year. So do Neil Patrick Harris and David Burtka and their adorable kids. And Beyoncé, JAY-Z, and Blue as Barbie, Ken, and Skipper? Too good for words.

But these people have a few things I do not. Like help. And access to professional costume designers. J.T.'s Lego Robin costume doesn't exactly look like he pulled it off the aisles of Target, now does it? But creating semirecognizable Daphne, Fred, Velma, Shaggy, and Scooby costumes for my family will fall on the shoulders of exactly one person, and duh, that's me.

I looked at the excited faces of my little Halloween-lovers, and despite my deep desire to not wear a red wig and purple miniskirt ever, I didn't have the heart to burst their Scooby-Doo bubble. "That really is a great idea, you guys. Super fun," I conceded. "We have a while until Halloween, though, so let's wait to make a final decision about it. You might think of an even better costume!" I could only hope that would be the case, and whatever costume it might be would not involve me as a ditzy sidekick. I'll do just about anything for my kids, but wearing a costume? That's a line I just can't cross.