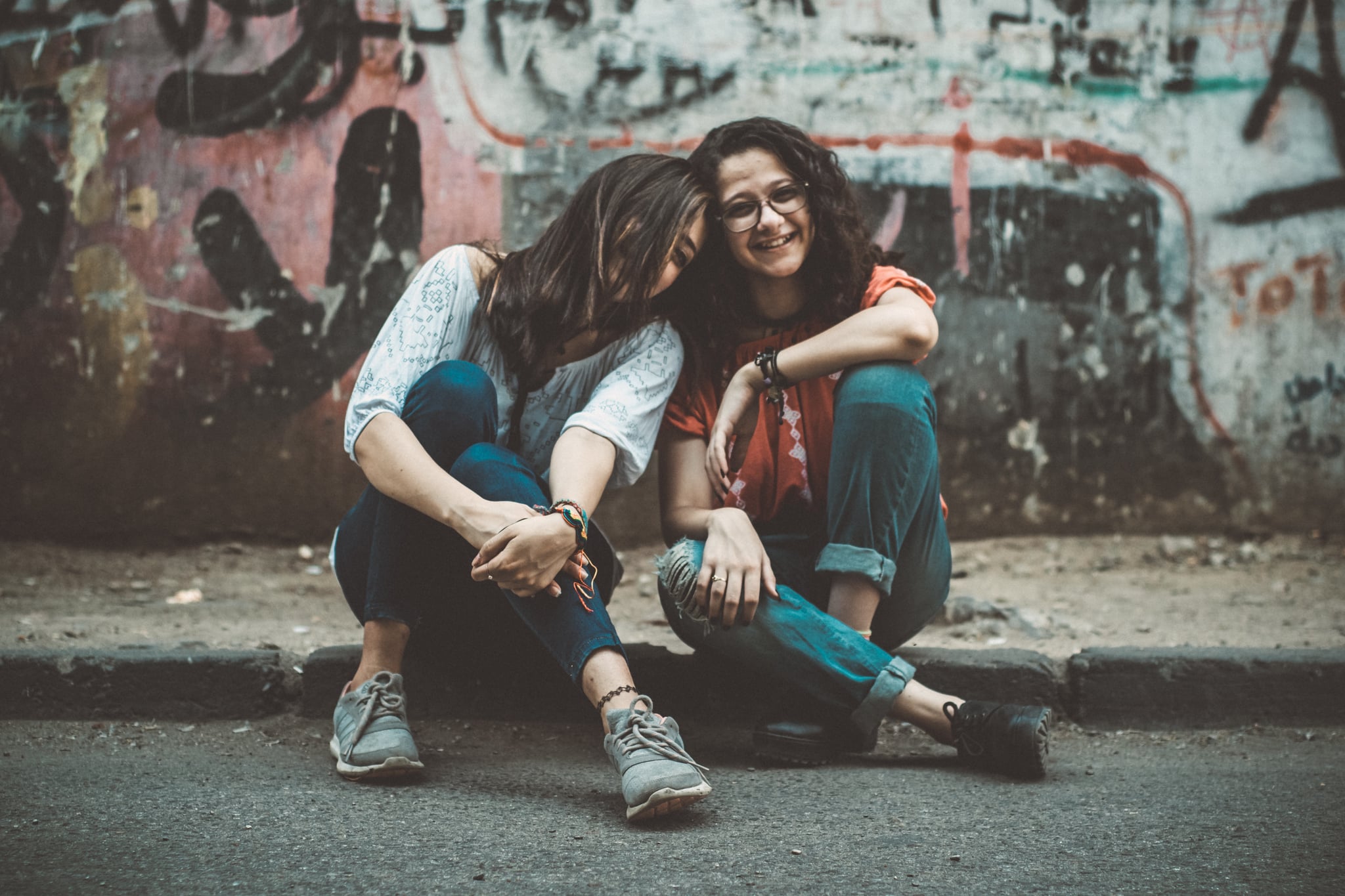 I'm the oldest of four. I have one biological sister and two stepsiblings. Being the oldest is a badge of honor I wear proudly and is something that shapes the very fabric of my day-to-day life. And over the years, I've discovered that one of the hallmarks of being the oldest is an unrelenting need to protect, no matter how old we get. I would do anything for my siblings, and that includes feeling hurt so they don't have to.

But what happens when the people hurting you are the very ones that are supposed to shield you from it? With my siblings and me, it's our parents. I honestly don't remember a time when my parents ever got along with one another. Drunken shouting matches accompanied by crashing sounds is the soundtrack of my childhood. It didn't really get better after they separated, because for some reason, they always seemed inexplicably drawn to each other. By age 10, I knew how to do the laundry and make dinner — it was that or be hungry and dirty. My little sister was, and is still, the constant figure in my life. I think about her, worry about her, and am grateful for her every single day.

Related:
I'm a Sober Mom, and This Is What I Want You to Know

When the fighting grew louder because they consumed more alcohol, [my sister] would climb into bed with me, and I would promise no one would ever hurt her as long as I was around.

In the years that it took our parents' separation to become a divorce, I remember tucking my sister in at night. I can still feel myself kissing her forehead as we listened to the latest battle raging downstairs. When the fighting grew louder because they consumed more alcohol, she would climb into bed with me. I'd whisper stories of Greek mythology that I learned in school in her ear, and I promised no one would ever hurt her as long as I was around.

When my father was deployed to Korea later that year, I thought things would get better (no father meant there would be no one to shout at my mother). It was quiet when he left, but it was a quiet full of neglect and sadness in which I was the one solely trying to take care of my sister. I was the adult. Try as she might, my mother had her own demons to battle, and it left very little room for us.

Then a crazy cycle of us switching between parents began. My sister would decide the grass was greener with the other parent, and demand to move away. She would leave me and my dad to go live with my mom. Then she would hate living with my mom and come back to live with me and my dad. For an entire year, starting at age 14, I willfully ignored my father's failing health. I disregarded his behavior and encouraged my sister to spend as much time away as she could. He never hit us, but his words still ring in my ears to this day. He would rage at me, "You are just like your mother!" or "Your mother is the reason I am like this."

Related:
I Broke My Daughter's Trust, and It Took Years to Get It Back

When my father succeeded in drinking himself into liver failure, my sister and I were picked up by my mom and stepdad to come live with them. My mother had finally gotten her life back together, and through the fierce determination of her and my stepfather, I finally got the chance to be a kid. I rebelled and made some truly stupid decisions, but I was loved at home. There was food and clean clothes, and most importantly, there were normal fights with my sister. Fights about clothes, cupcakes, and my wild behavior — it was perfect.

The heavy heartache that the oldest will carry around for their baby siblings knows no bounds. Where our parents fail, we swear to them we will never fail. There are many adults out there that come from failed marriages and situations of neglect, but somehow some of us end up OK. Many of us go on to have loving marriages and bright and kindhearted children. The lessons we were taught at the hands of our parents now inform the way we raise our children. We know it's our job to make sure they never feel the way we did.

My sister and I will never have a normal relationship with our father. He's been sober for a year, but the fact that we didn't even hear the news from him speaks volumes. Even though I said I would call my father when he was sober for a year, I found myself unable to do so. My sister found herself unable to do so. Instead, we decided that we have each other, and that's all we'll ever need.