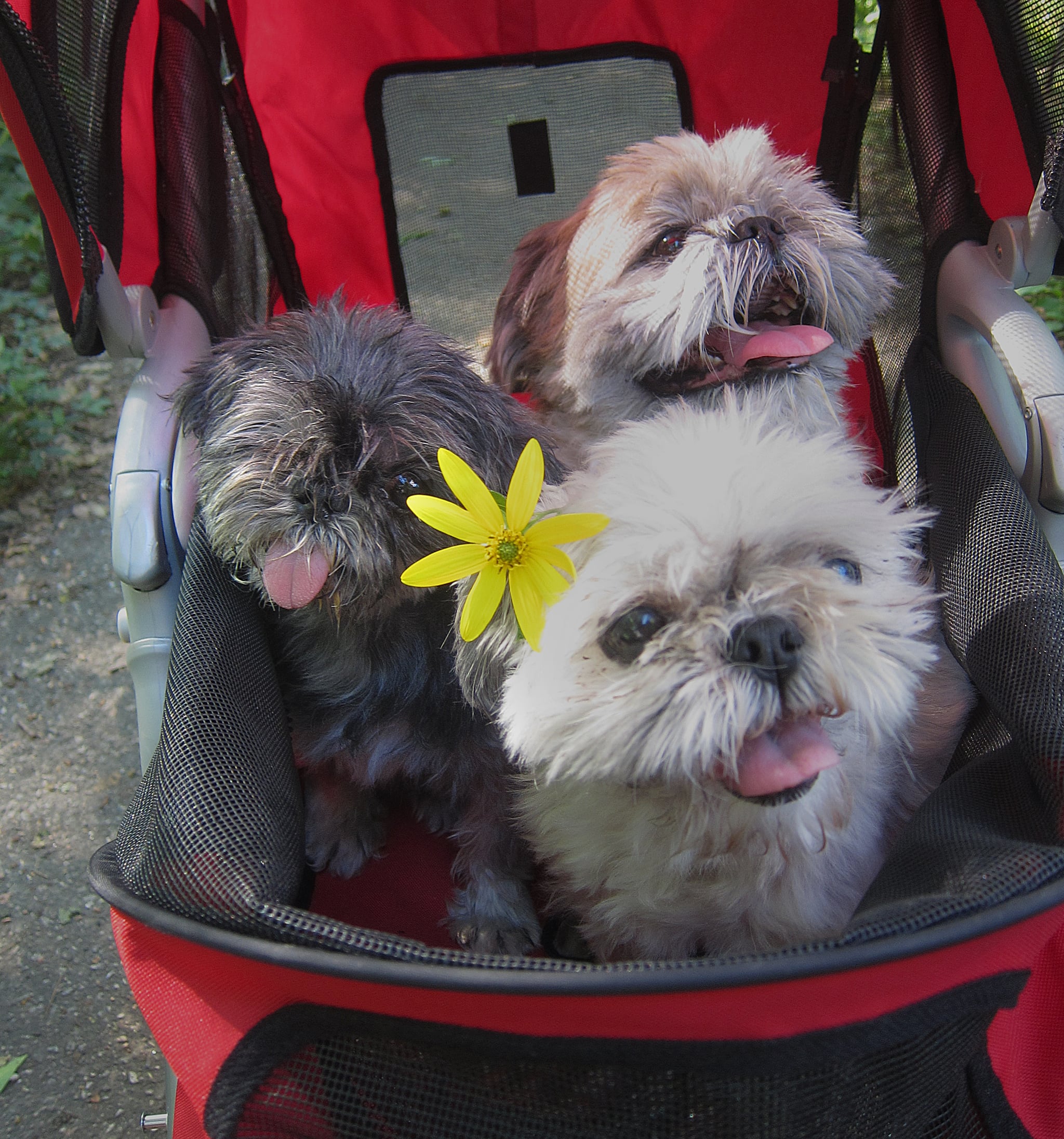 I'll never forget the time I began reversing my car out of a Starbucks parking lot and, true story, nearly hit a woman pushing her baby in a stroller. My heart, and the world around me, stopped. "What have I done?" I thought, panicked, but then relieved when I realized I'd seen them just in time. Understandably, the woman was upset and began yelling and gesturing at me far more kindly than I would have if I were her. But as she walked around toward the front of my vehicle, I saw that instead of a baby in the stroller, it was a dog. Now, do I go around trying to run dogs over with my car? Of course not! But I have to admit I felt deceived that even for a moment, I thought a baby's well-being hung in the balance because I hadn't seen the "mom" and her stroller behind my car.

I was pissed. Yes, I should have been more careful (people can also look where they're going more carefully), but this was a deception. Babies belong in strollers, not your four-legged friend. And if you can't (or don't want to) let them roam on a leash to explore the world around them because you think they're too special or good for such a simple task, then maybe you shouldn't have a dog in the first place.

Related:
We Have a Pit Bull as a Family Pet, and We Couldn't Be Happier

Until science proves that things like grass and cement are too harmful for their precious paws, I'll expect them to be on the ground.

Look, I get being totally obsessed with your pet. I love my dog just as much as the next person. She's a cherished member of our family, and we can't imagine life without her. We do, however, treat her differently than our three children . . . because she's a dog. She eats dog food out of a bowl on the floor, poops outside, and sleeps in a dog bed. She also walks on a leash, both for exercise and because she. is. a. dog.

I understand there are some situations that warrant a dog being pushed in a stroller, like a broken leg or serious illness. But if they're perfectly healthy and you just choose to treat them like a pampered princess, they're probably dying to get down and run around. Again, they're animals. And I assure you they won't think you don't love them if you don't push them in a stroller or buy them expensive sweaters. In fact, I like to think they look a little bit embarrassed when they're seen in strollers. Like, "I'll never live this down at the dog park" embarrassed.

But hey, if pushing your dog in a stroller makes you really happy, I'm not mad at you. I just don't think it's necessary. I know you're living your life and not hurting anyone (except maybe your dog's pride), just don't be surprised if you get a few eye rolls or deep sighs en route to wherever it is you're going. Because yes, your dog can be considered your "baby," but until science proves that things like grass and cement are too harmful for their precious paws, I'll expect them to be on the ground.