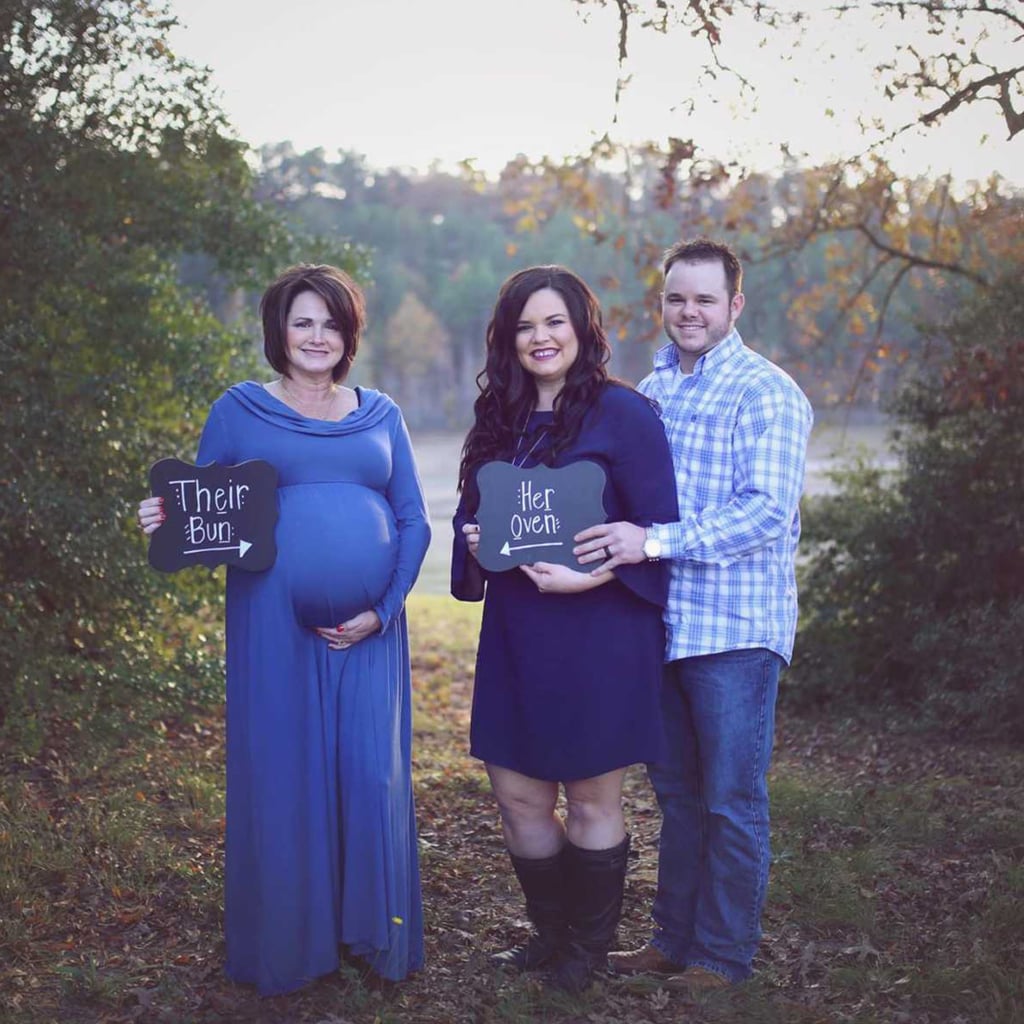 This Woman's Mother-in-Law Was Her Surrogate, and Wow, Talk About Teamwork!

Kayla Jones, a 29-year-old woman from Texarkana, AR, wanted more than anything to start a family with her husband, Cody, but the partial hysterectomy she underwent at 17 years old made that especially challenging. Thankfully, her mother-in-law, Patty Resecker, agreed to make Kayla's dreams of motherhood a reality by being the couple's surrogate.

Ever since the pair got hitched in 2012, finding a healthy surrogate to help them start a family has always been top of mind, but Kayla and Cody didn't take Patty's offers seriously until a few of their other options didn't work out. After doing some research, Kayla decided to take her mother-in-law up on her proposition.

Related:
This Is What It's Like to Watch Someone Else Deliver Your Baby

"At first I thought the doctors may think we were crazy, but as I researched I found other grandmothers who had been surrogates," she told Love What Matters. "After much testing, my mother-in-law was cleared to carry our baby!"

But getting the OK from a medical professional was only the beginning of the family's journey. Kayla and Cody started the IVF process in October 2016 and had an embryo transferred in March 2017, but unfortunately, it didn't take and the couple had to start back at square one. Finally, in May 2017 the couple learned they were pregnant and decided to surprise Patty at work with the good news.

"The day we found out was the second best day of my life (the first best day was the day Kross was born!). Patty left a urine in a specimen cup on her porch before she left for work. I picked it up and my husband and I tested at home. I cannot describe the feeling of seeing two pink lines. I just knew it was not going to work."

Kross Allen Jones was born on Dec. 30 via C-section, and although having a baby at 50 years old isn't a walk in the park by any means, Patty knows it was totally worth it:

"I've recently had the privilege of doing one of the most rewarding things: to carry my own grandchild for my son and daughter-in-law. This is something that has blessed not only me and my family, but also Kayla's family. A child is a lifetime commitment and I knew there weren't two more deserving people than them. To see them with Kross and see the parents they're already becoming thrills my soul."

Related:
Can You Breastfeed If You Have a Surrogate? The Answer Will Definitely Surprise You
Previous Next Start Slideshow
BabiesPregnancyIVFSurrogacyParenting News

Babies
These Old Navy Infant Pieces Made Us Shout, "Oh, Baby!" as We Filled Our Carts
by Morgan Ashley Parker 1 day ago