When you deliver a baby at 54 years old, you might raise some eyebrows. But when you give birth to your own granddaughter, you're bound to get much more attention.

Tracey Thompson volunteered to be her daughter's surrogate after Kelley McKissack struggled to carry a child to term. Kelley and her husband, Aaron McKissack, suffered three miscarriages — the last on Christmas Day 2014 — and unsuccessfully endured multiple rounds of infertility treatments.

When the couple were down to their last four fertilized embryos, Tracey stepped in and offered to be their surrogate. Despite already being seven years past menopause, Tracey carried her granddaughter to term and delivered baby Kelcey in Plano, TX, at a healthy 6 pounds and 11 ounces. 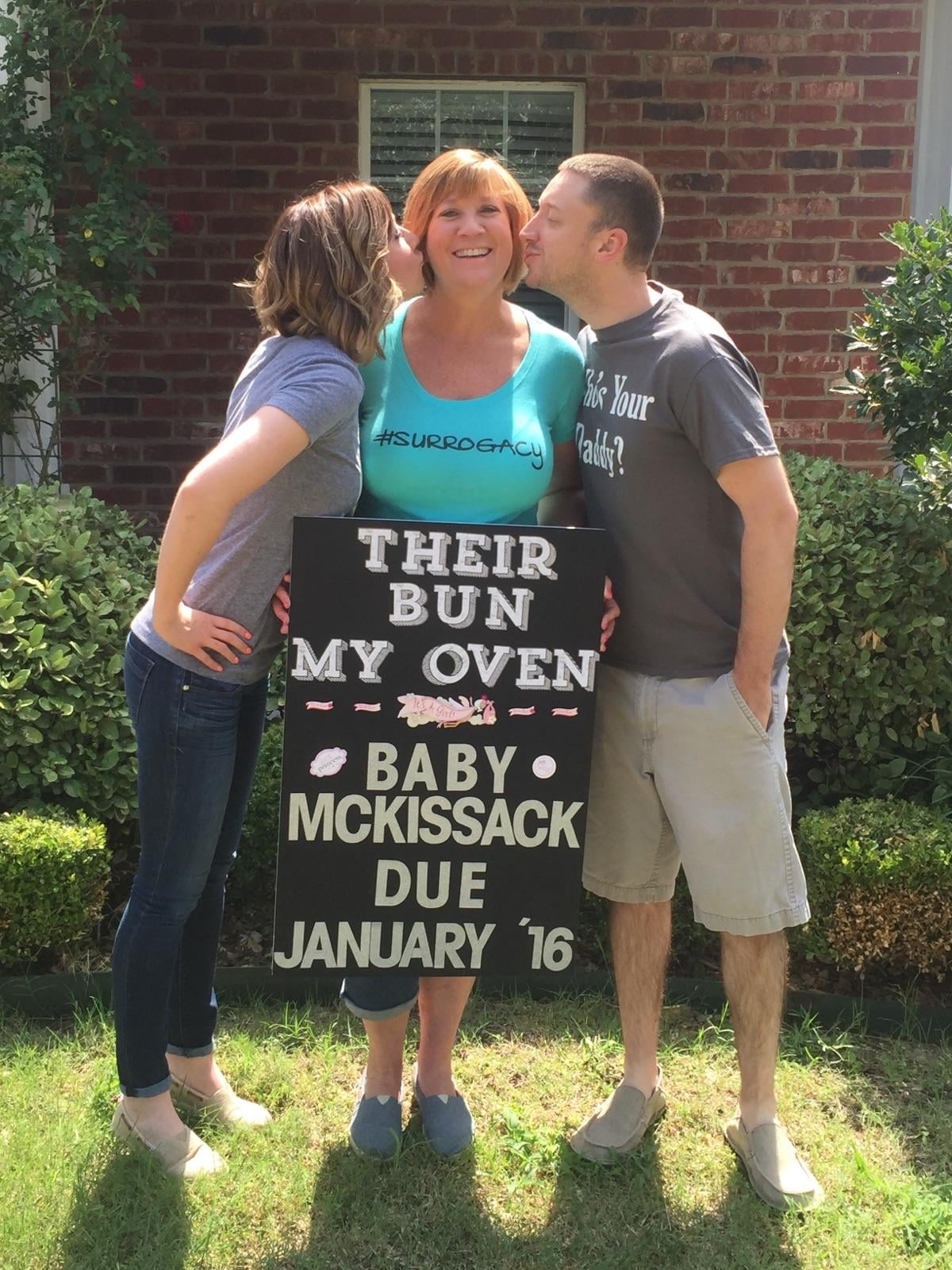 Although Kelley considers her mom's selfless act "the best gift . . . for a lifetime," Tracey was just thrilled to be able to help: "Her and her husband had gone through so much — the miscarriages and fertility," Tracey said. "I didn't want to disappoint her."

The Medical Center of Plano, where the baby was delivered via C-section after her heart rate started dropping, explained how it was possible for Tracey to give birth to a healthy baby girl — that while age alone is typically a limiting factor for childbirth and surrogacy, medical advances in assisted reproductive technology can allow for late-in-life surrogacy, under exacting supervision.

"It takes a mountain of a woman, and I think that's what Tracey is as far as her spirit and her strength," Dr. Joseph Leveno said.

And while this grandma says she won't be giving her granddaughter a sibling — she did just endure her first C-section at 54 years old, after all! — Kelley honored Tracey's sacrifice with her newborn's name: Kelcey — because it is a combination of Kelley and Tracey.

Image Source: The Medical Center of Plano
PregnancyNewbornGrandparentsParenting VideosParenting News
Around The Web

Babies
This In-N-Out Burger Newborn Shoot Will Have You Craving Fries in 3, 2, 1 . . .
by Murphy Moroney 14 hours ago