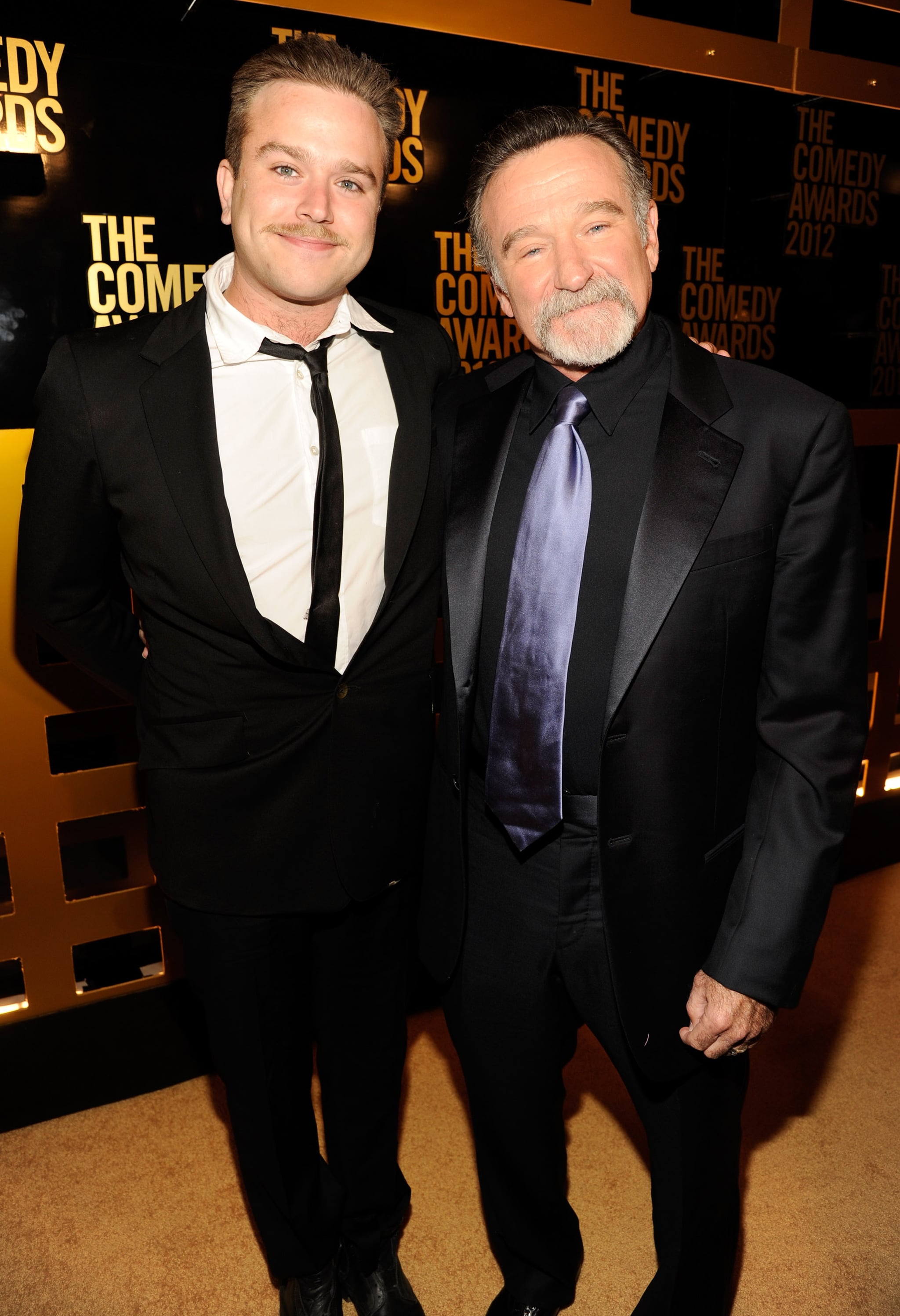 Robin Williams's son, Zak Williams, is now a dad himself! On May 22, the entrepreneur and mental-health advocate welcomed a baby boy, McLaurin Clement Williams, with his fiancée Olivia June, who is the CEO of Hey! Vina. The name is a heartwarming nod to the late comedian and actor, whose middle name was McLaurin. The couple are calling him Mickey for short.

A few weeks after Mickey's birth, Olivia shared the exciting news on Instagram and wrote, "We are beyond thrilled he chose us to be his parents, and obviously think he's the best, smartest, and cutest baby ever!" Zak's sister, Zelda Williams, photographed their first family photos and wrote, "News is finally out: I'm an auntie!"

Related:
Look Back on Robin Williams's Extraordinary Life in Pictures

Since Robin's death at the age of 63 in 2014, his three children — Zak, Zelda, and Cody Williams — have continued to honor him, and they memorably threw the first pitch in game five of the 2014 World Series in honor of Robin's favorite team, the San Francisco Giants.

In a clip from the 2018 documentary Robin Williams: Come Inside My Mind, Zak opened up about his father and said, "His pathos was seeking to entertain and please. He felt when he wasn't doing that, he was not succeeding as a person. That was always hard to see, because in so many senses he was the most successful person I know."

Nick Cannon
Nick Cannon Is a Dad of 6! Abby De La Rosa Welcomed Her Twin Boys on June 14
by Alessia Santoro 1 day ago