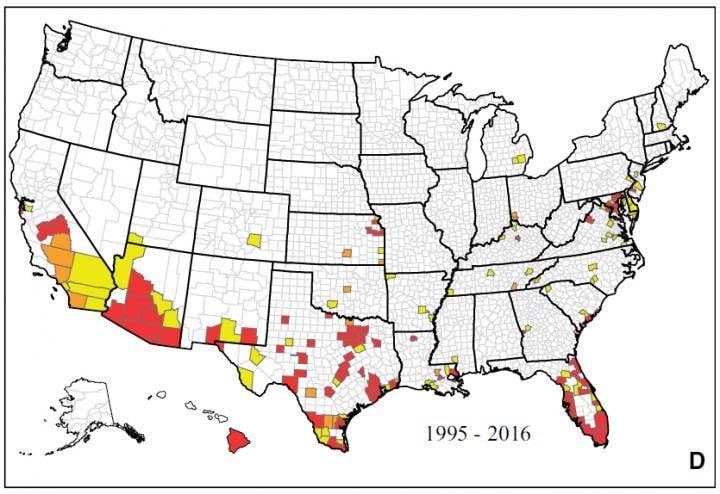 As public health officials and citizens prepare for local outbreaks of the Zika virus across the continental United States, the Centers For Disease Control and Prevention released a new map of the US showing exactly where mosquitoes that can carry the Zika virus live.

According to the map, made by CDC experts and shared in the Journal of Medical Entomology, the particular species of mosquitoes that can transmit the diseases reside within 40 states as well as Washington DC. As mosquito season progresses and thousands of travelers are returning from Latin America and the Caribbean with the Zika infection, mosquitoes in these areas have the potential to spread the virus to other citizens.

Aedes aegypti, which can also carry yellow fever, and Aedes albopictus are the two species of mosquitoes that can spread the Zika virus to others after biting an infected person.

Image Source: The Journal of Medical Entomology
SummerPregnancyHealth And SafetyParenting News
Around The Web

Pregnancy
Shawn Johnson Is Expecting Her Second Child! See How She Surprised Her Husband With the News
by Murphy Moroney 6 days ago