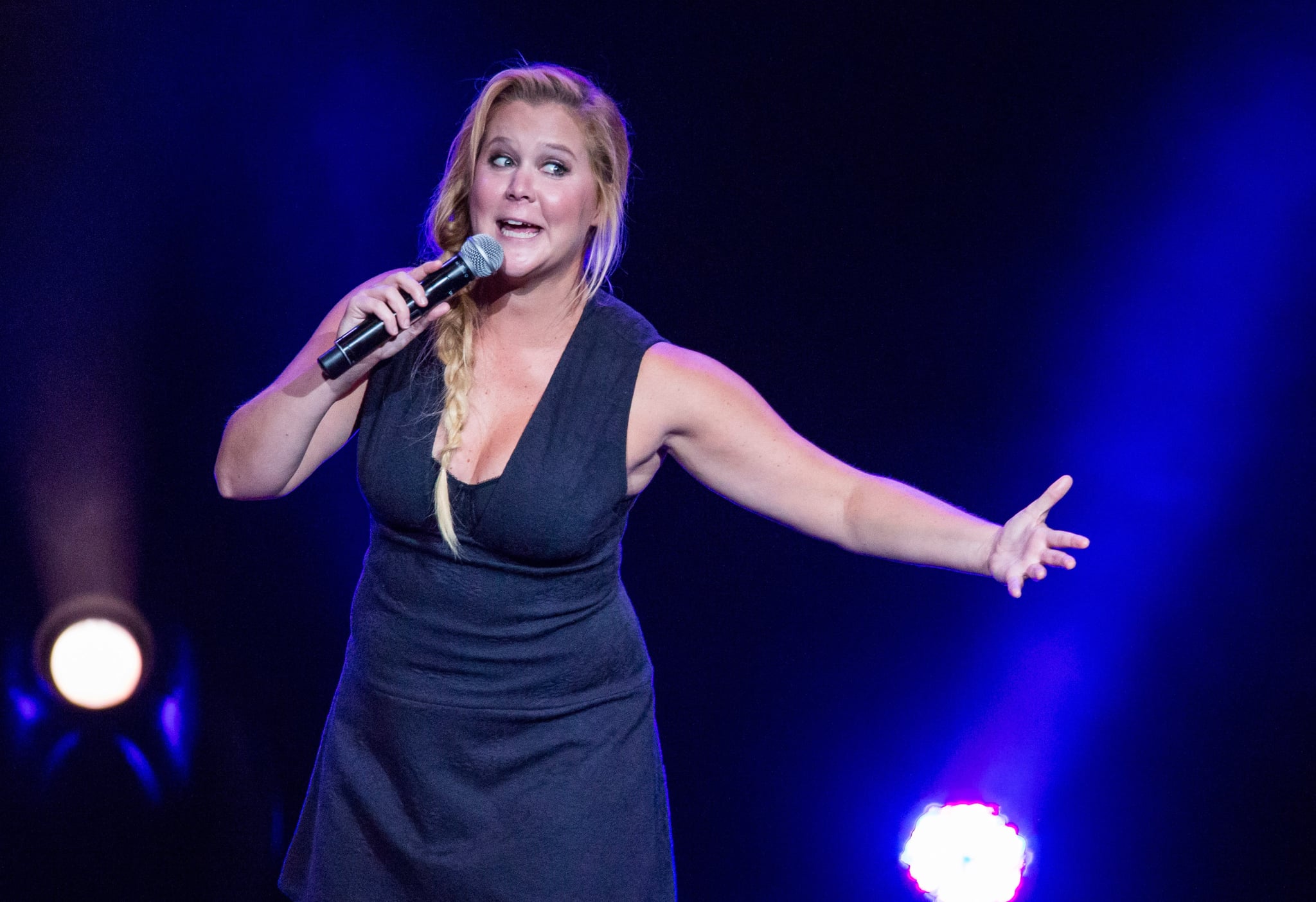 Sometimes, no matter how much time and effort parents dedicate to choosing a name for their new baby, unknowingly odd choices prevail, likely due to sleep deprivation and sheer delirium. Amy Schumer knows this struggle all too well. She shared her personal experience with it on the latest episode of her Spotify podcast, Amy Schumer Presents: 3 Girls, 1 Keith. While chatting with longtime friend Claudia O'Doherty, Amy casually revealed that she and her husband, Chris Fischer, recently renamed their soon-to-be-1-year-old son for a pretty hysterical reason.

"We realized that we by accident named our son 'genital.'"

"So do you guys know that Gene, our baby's name, is officially changed? It's now Gene David Fischer. It was Gene Attell Fischer, but we realized that we by accident named our son 'genital,'" she said, bluntly adding, "'Gene Attell' sounds like 'genital.'" Hah! Amy and Chris originally chose the middle name Attell as an apparent tribute to comedian Dave Attell, with whom she frequently collaborates. Gene's new and improved middle name is not only another nod to Dave but also the middle name of Amy's dad, Gordon Schumer. Welp, that sweet move certainly cancels out that whole "Genital Fischer" situation, wouldn't you agree?