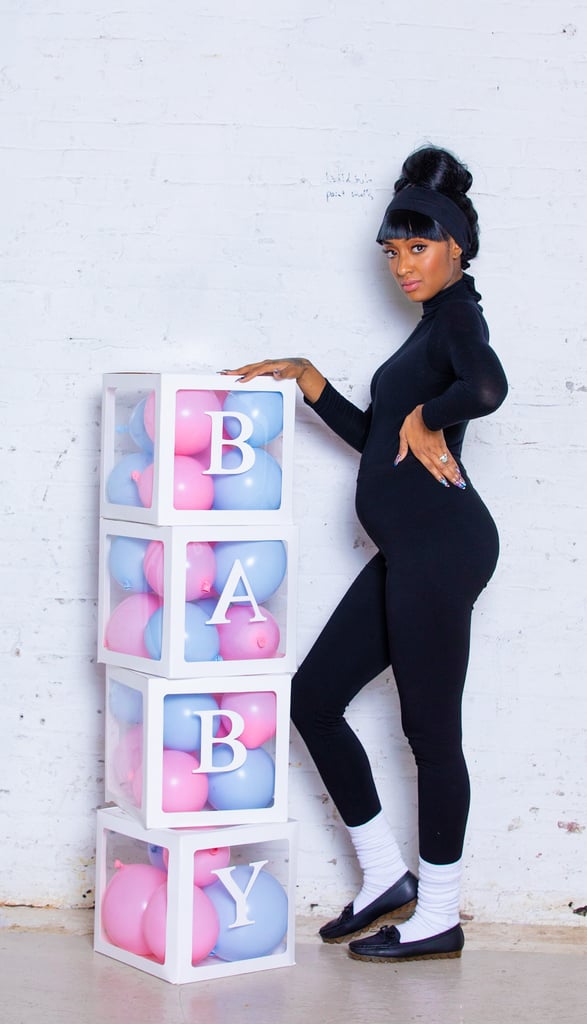 Beyoncé has been an inspiration to fans in more ways than one. For Tiffany Laibhen from Philadelphia, Queen Bey was the influence behind her pregnancy announcement — a spot-on music video re-creation of "Countdown" that has us feeling crazy in love. In Beyoncé's 2011 "Countdown" video, the singer was pregnant with Blue Ivy Carter, and Tiffany's creative video is almost an exact parallel. "I am a Day One #BeyHive member! So I'm inspired by Beyoncé overall," Tiffany told POPSUGAR. "But when this video first premiered in 2011 and she turned to the side to reveal her belly, I immediately said that was how I wanted to announce my pregnancy when my time came. I'm excited that I was actually able to bring that dream to fruition!"

"I really hope I made Bey proud!"

Tiffany, who is four months along, chose the scenes she wanted to re-create from Beyoncé's video and shared her ideas with her husband Kevin Spence, who is a cinematographer and helped with production. "We had the studio booked from 7:30 a.m. to 3 p.m. and we used up every last second," the mom-to-be said. "I had my family and closest friends on set with me. With my husband filming and my family there, it was a fun memory to create. Also, [I loved] the dancing of course!"

The video, which Tiffany shared to her Twitter account on Friday, continues to bring in compliments from fellow Beyoncé fans. "Everybody has received it so well," Tiffany said. "My family, friends, and loyal followers know how much I love Bey, so they weren't surprised at the theme. Everyone was extremely happy for us and loved how closely the video resembled the original countdown video."

As a true Beyoncé stan, Tiffany, who's due to have a baby boy in September, hopes that the hard work and creativity she put into making the video makes Queen Bey proud. "I think we should all be able to celebrate our milestones as big or as intimately as we choose, and should support and celebrate each other's wins. I really hope I made Bey proud!" Keep scrolling to see the full Beyoncé-inspired pregnancy announcement video and behind-the-scenes photos from the shoot ahead.

Pregnancy
IVF vs. IUI: How They're Different, and How to Know What's Best For You
by Korin Miller 4 days ago