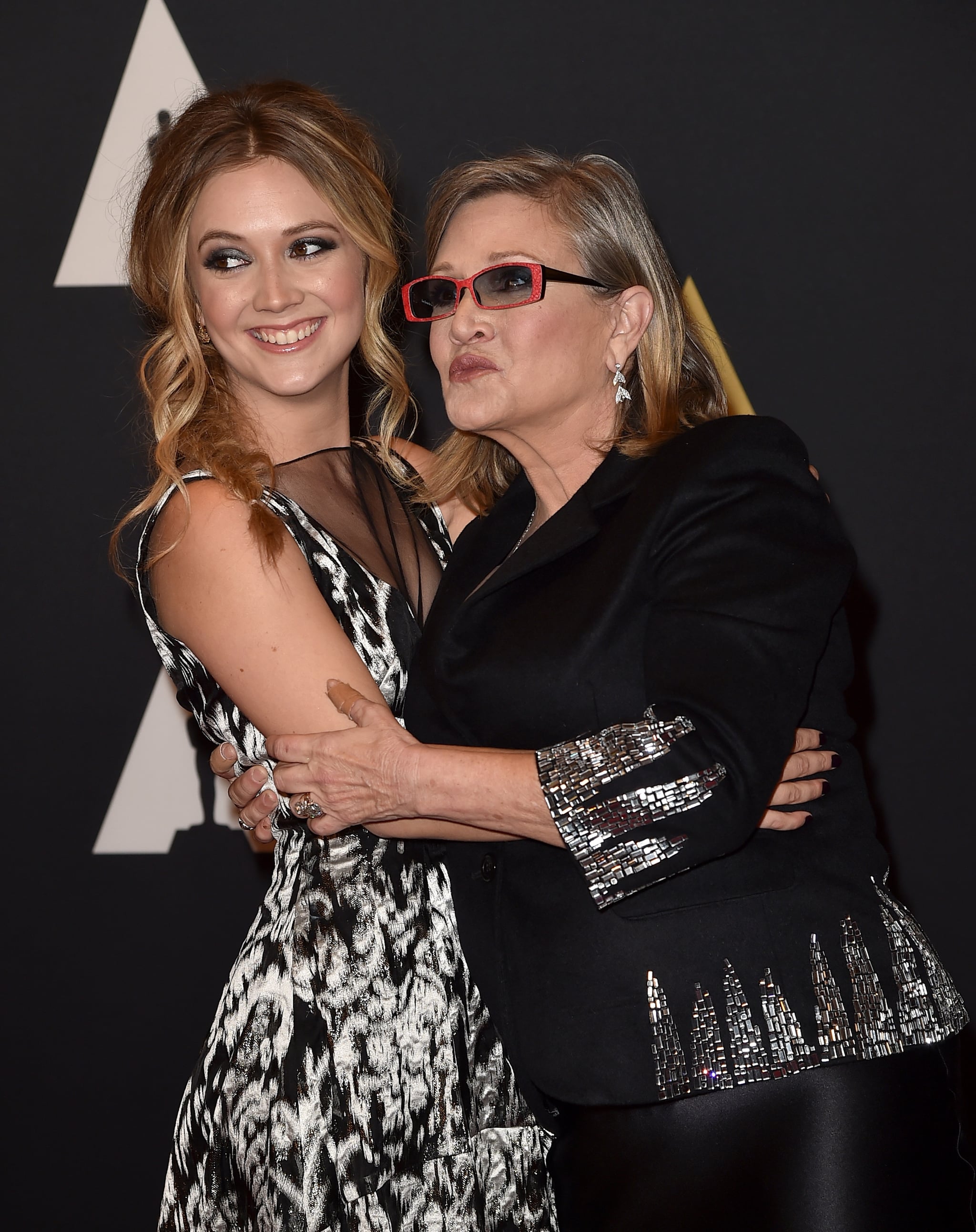 Like many new parents, Billie Lourd is reflecting on her relationship with her own mother, the late Carrie Fisher, as she raises her son.

"My main job when she was alive was taking care of her and making sure she was OK," the actress said on Monday's episode of the New Day podcast, which centered on breaking the cycles of generational trauma.

She recounted the struggles she faced as a young child caring for her famous mom: "I was her main support, and I was 7, for a lot of the time, and that was really hard, and that's why I grew up really fast, because I was her best friend. I was her mother, I was her kid, I was her everything. And that's one of the things I'm learning not to do with my kid."

The Scream Queens alum, whose son, Kingston Fisher Lourd Rydell, is now 1 year old, admitted that she has taken both positive and negative lessons away from her childhood.

"There's a lot of things that my mom taught me to do and then there's a lot that is, honestly, it might be more valuable, of what not to do," she said. "And that's one of the things that I will not do to my son is put this pressure on him that I had on me."

That doesn't change her love for Carrie, she said, describing the actress as "the greatest, funniest person ever" and "my best f*cking friend ever."

The Star Wars star died in 2016 at the age of 60, and four years later, Billie gave birth to her first baby with fiancé Austen Rydell. She honored her mother with their baby's middle name.